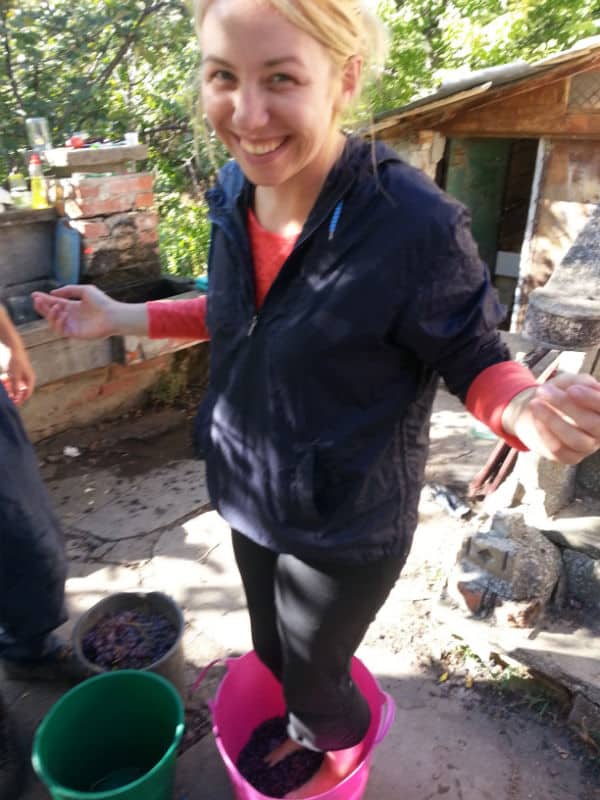 "Bulgaria is not a country that tends to find itself on the typically expected backpacker itinerary."

If you ever find yourself bored on the internets, I highly encourage you to take 15 minutes out of your day and noodle around Bulgaria’s official tourism website, ’cause holy Christ, it’s adorable. That’s pretty much what inspired and solidified my desire to go to there.  In an effort to spend more time in Europe (’cause Europe), and save a few bucks while I was at it, it was suggested that I take some time to explore the East, specifically Bulgaria. It had a lot to offer me if I was hoping to pick up some sick new skills.

That’s how I found myself in the little village of Sredno Gradishte, up to my ankles in a bucket full of grapes on the ramshackle patio of my wine-making host, Boyan. 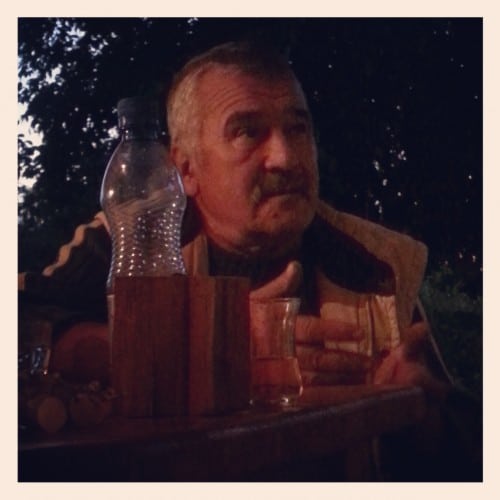 When I would tell people I was going to Bulgaria, they were already pretty taken aback (it’s not a country that tends to find itself on the typically expected backpacker itinerary).  When I would go on to tell them that the skill I intended to learn there was wine-making, double-incredulity seemed to be par for the course.  “You’re going where?  To make wine??  Shouldn’t you be doing that in like, Italy, or Spain, or France??”

Well, I’ve got to be honest, once I arrived at Boyan’s house and took in my accommodations, I started asking myself the same thing.  I’m not particularly high maintenance, but man, this mattress had to be 100 years old and I needed to wear Wellington boots in the shower (not really, but that would’ve been helpful and way less gross).  But I’m a go-with-it kind of gal, so I made the best of an awkward situation and rolled up my sleeves (and pants) and got to fermenting and bottling and grape-stomping.

Despite the rustic amenities, it was a cool place to hang out and experience village life.  I’m one of those big-city kids who has lived in Toronto all my life and thus have forever been fascinated with small towns and communities.  I loved that we’d go and spend the day at the village distillery just shooting the shit and watching the locals make rakia (Bulgarian moonshine), and on the way back to the house we’d randomly be invited into some old man’s house to see his home-brewing set-up and taste test his wine. 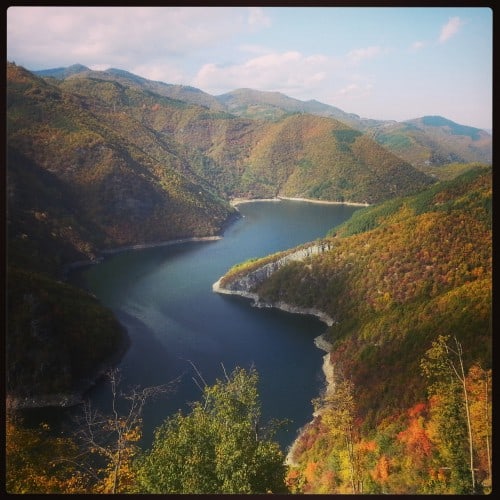 It was also refreshing to see how much Bulgarians make use of what they’ve got.  It was actually pretty inspiring to see how resourceful everyone seemed to be—like how the world probably used to operate before we all got used to having anything and everything we want, any place and anytime.  I had arrived well after grape-picking season but Boyan still took us out to his vineyards to collect the cleanly picked vines so we could turn them into decorative wreaths to sell online.

Hey, the dude may not have had an actual kitchen or decent bathroom, but his wifi was probably the fastest I encountered on any part of my trip.  Priorities, people.

If you’re interested in working to travel, check out HelpX.net or Workaway.com to find hosts all over the world who will put you up for a bit of help around their place!