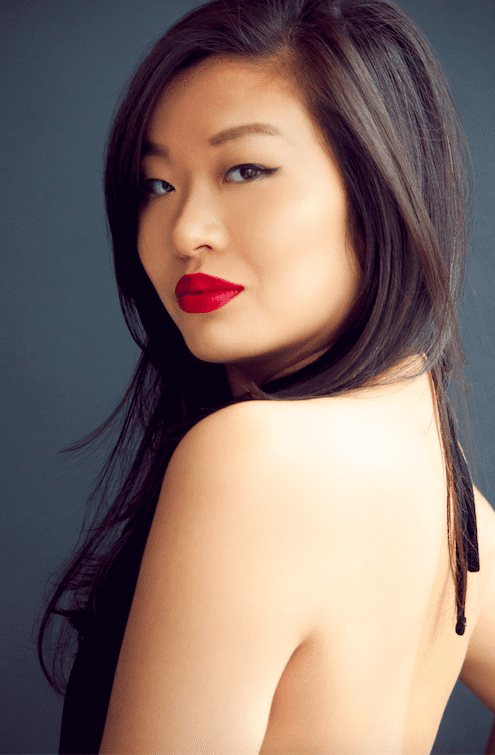 Annie Chen – actress, dancer and voice actor – plays the iconic and lovable role of Frenchy in Toronto’s newest production of Grease (which is receiving well-deserved attention for its diversity among the cast).

Born and raised in Taiwan, Chen was bit by the acting bug at a young age and followed her instincts to train in the performing arts. After finishing at the School of Toronto Dance Theatre, her resume began to pick up steam, including dancing for Lady Gaga at the 2011 Much Music Video Awards, performing at the closing ceremony for the 2015 Pan American Games, and landing television roles like Full Out (Netflix), The
Strain (FX), Odd Squad (TVOKids) and Private Eyes (Global).

We caught up with Annie this week.

AC: Every actor’s dream – a lead on a TV series. I love anything where I get to do my own stunts or comedy. I’m a big fan of The Mindy Project and that style of comedy.

“Flight of the Bumblebee” by Nikolai Rimsky Korsakov. I promise you that if you put this song on, whatever you need to get done will take half the time it normally takes.

This fan that I met at a PR event for Grease. I had recently been featured in FLARE and the article talked about how although diversity in the show biz world is getting better, we still have a long way to go. She read the article and said it made her feel like she wasn’t alone and that just melted my heart.

I’m such a homebody that my ideal Saturday would be to wake up naturally to no alarm. Then snuggle up on the couch with my favourite TV show and order in food.

I would say understanding who I am more. There’s still more I have to discover, but I have come a long way. And an overall feeling of being more secure with myself, which I think comes with understanding and knowing exactly what I want or don’t want.

Someone who can keep up and laugh with me. I get pretty quirky and weird and my favourite thing about my best friends is that we can laugh at the stupidest things until we are crying. We’re also all very busy people so we can go months without seeing each other but when we hang out it’s like nothing has changed.

Honestly, my Grease cast. They are the most supportive, loving, talented and hilarious group of people I have ever worked with. We have become a family and it’s such a great feeling to go on stage and know that every single one of them has your back.

Definitely soup or some kind of hearty stew. And again curled up on the couch watching my favourite TV show. I used to watch TV so much as a kid that I had an indent of my body on the couch. It fit like a glove.

I wanted to be a scientist but quickly realized that I suck and hated all things to do with math. I moved on from that dream pretty quickly.

I collected Beanie Babies. I convinced my dad they would be worth a lot of money in the future so that he would continue to buy them for me. It totally worked or maybe he appreciated the effort.

What’s on your nightstand?

My essential oils humidifier and a spray bottle for when my cats wake me up at 5 am for food.

Archery. I recently took it up as a hobby because I realized I don’t do anything else besides my work and I needed to feel like a normal human being.

Grease has extended its run and will be at Elgin and Winter Garden Theatre Centre until January 7, 2018. Get tickets here.