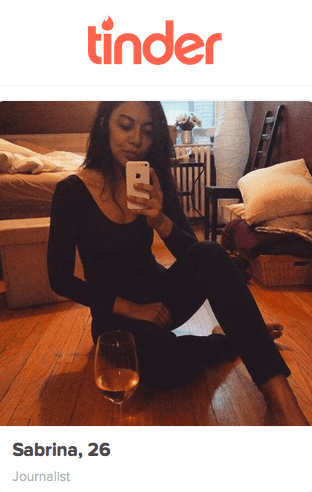 Hooking up is hard to do.

You might say that’s an improbable statement, what with us being the confident, prized ladies that we are. Or you might say it’s a faulty notion, what with the plethora of peen (quality notwithstanding) readily available out there. And yet, my experience has not reflected such conditions.

Ever late to the game, I joined the ranks of Tinder a little less than two months ago in the hopes of, well, steamy encounters — but that’s about as far as I was willing to set the threshold for expectations.

In that vein, I opted for the “men and women” setting (“Maybe you’ll meet a new friend!” said my well-intentioned but somewhat obtuse mother). I also decided to let any potential hookups take the lead; I would just go with the flow and react as naturally as I could, as opposed to inciting action or voicing what it was I actually wanted. Read: I was skeptical and lazy.

Perhaps that was my first mistake. In truth and to this very moment, I really don’t know what I want from an app like Tinder. So I left it up to the right-swipers. The problem is that I’m not sure they really know what they want either.

I submit Exhibit A, a fellow otherwise known as C, with whom I established good and sexy banter. We talked a lot about our favourite movies and liked the same sort, so naturally the conversation inched towards a Netflix-and-chill suggestion. I was getting excited now, in more than one way.

C cracked a couple of jokes about building a fort. Hooray! I thought this was a clear indication he wanted to make a blanket fort in my bedroom and watch movies by the Coen brothers. I was wrong. Our cute chat was now laser-focused on the structural integrity of said fort, consolidating our blankets and pillows, and wondering whether stuffed animals would compromise the validity of a plush fortress. Things got fairly serious — I was sending him links to tent frames online — and pretty much the opposite of sexy.

A lot of my in-app conversations seemed to be going this way — that is, the conversations with people that I didn’t outright ignore due to terrible pickup lines and first impressions. (And my bar was low. Exhibit B: “Wazzzzzzupppp?!? :P:P:P.” Sorry bro, I’m swiping left on your poor grammar.)

There was a lot of text-flirting, which is almost worse than ghosting. Like, are you that bored to string me along just to get off on words on-screen?

So I decide to be straight with another potential fling, D. One evening he texts me about how I am not a very good replier to texts. (Our relationship had progressed from in-app messages. That I think this is significant or even warrants the word “relationship” is indicative of how low my standard had become for so-called realness.) I tell D that I’m not really feeling a text-only relationship, and would he be interested in meeting for a drink.

D responds, “Haha. Drinks next week?” And of course I agree (very coquettishly, of course), but it’s been almost three weeks since, and we have yet to set a date.

All the while I’m still rolling the proverbial boulder up the Tinder hill, trying not to lose spirit. The prospect of getting laid is a motivation unrivalled.

So I “keep playing” and, after thumbing through much on-screen muck, I finally land myself an unequivocal, indisputable date at a real bar with a man who, if he fell in a forest, would definitely make a sound — he exists. I meet B for a drink and sometime around the second swig of Malbec he tells me he’s not looking for a casual hookup.

I felt my brow begin to furrow at the centre, but caught myself just short of full-on disappointment. (My second emotion was pure joy at the thought of the cold pizza waiting at home for me in the fridge — ah, now that’s amore — the one true love a single gal can depend on; my cheesy rock.)

The date with B was going fine, and I’d even go as far as to say we shared genuine connection — something of a surprise, but a welcome one. Had I become so deeply embroiled in the Tinder game? Why should I be disappointed by his revelation?

B went on to say he never had sex on any of his Tinder-found first dates. This was contrary to what so many of my friends, coupled and single alike, had disclosed to me, and who had suggested Tinder as a mostly harmless way to suss out potential casual flings. Which is what I was looking for. Or so I thought.

But B had it figured out — in fact, all these guys had cracked the code: Tinder is what you make it. Now, if I can only pinpoint what it is that I want, I’ll have decrypted online dating or hooking up or friendship (ahem, Mom) or whatever once and for all.