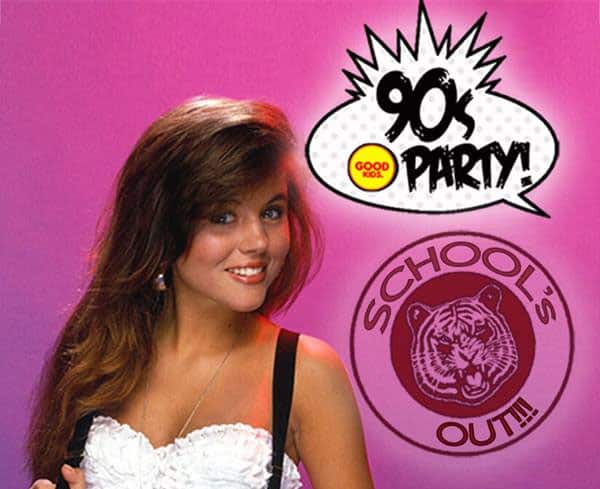 Picture platform shoes, spider-comb headbands, wide-legged jeans, choker necklaces and denim bucket hats. I know, I know, the 90s kid in you is excitedly vogue-ing at the thought of these things.

This Friday at the Annex Wreck Room you can practice your macarena skills at ‘90s Party: School’s Out Edition. You’ll be Saved by the Bell at this Bayside High Pep Rally, but won’t have to worry about that pesky Mr. Belding (let’s just hope there’s boys as cute as Zack though).

Aside from the glitter eyeliner and brown lipstick we are anticipating you can also expect DJs Caff and Fawn to play your favorite alt-rock, pop and hip-hop jamz.

Not that you need an excuse to pull out those butterfly clips and popcorn shirts, but if you do, there is a $200 prize for the best ‘90s inspired outfit! So channel your inner Kelly Kapowski, D.J. Tanner or Cher Horowitz, put on those overalls and let the straps hang down.

Cover is just $5 before midnight, and $10 after. The first 50 people to arrive receive a Bayside Tigers shirt and free glow-sticks. Paramount pictures ill be giving away passes to World War Z as well!

If you aren’t sold on the event yet, three words for you: dollar jello shots.

It’s going to be all that and a bag of chips.