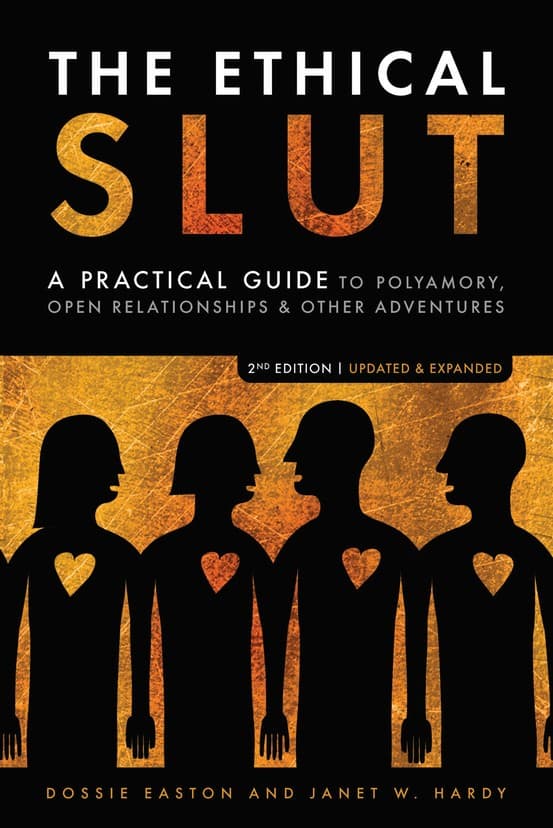 A Case for Polyamory

This whole, “men are more sexual than women” thing has got to go.

I’ve been in plenty of relationships with male-identified outties (like, they have penises) who aren’t able to keep up with my sexual appetite. The same, in fact, goes for the women-identified innies (like, they have vaginas) with whom I’ve been involved.  The only time my libido has been on par with that of my partner’s was during a two-year relationship that rarely saw daylight or conversation. We spent days at a time intertwined in a mess of blankets and limbs, ordering pizza and keeping the blinds shut. It was wonderful. But it wasn’t realistic.

This is because while my sexual needs were being met by that partner, there were multiple other needs which I have, as a human, that were not: emotional needs, mental needs, spiritual needs, and so on.

The concept that we can perhaps have all of these needs met from one single person is…well…maybe a little ridiculous? Monogamy works for some folks, and I think that’s fucking fantastic. But I’m a complicated bitch, and I think open relationships and polyamory may be a more realistic answer for folks who feel they are not getting what they need in certain areas of their relationships.

Polyamory, or open relationships, is a difficult concept that even queer folks like me have a hard time comprehending, and an even harder time putting into practice. I’ve found this so because polyamory and open relationships are a negotiation of emotions and ideas of ownership, transparency, STIs, honesty, intimacy, and much more. The sometimes complicated negotiation goes against a lot of the dominant and normative ideas we have in our culture about the ways we imagine sex, relationships, and partnership.

Sexual needs, though typically looked down on as if they aren’t to be discussed, are legitimate. We are sexual, emotional, physical beings; sex is part of our make-up. In a perfect world, our sexual needs are met (either by ourselves, a monogamous partner, or various partners at the same or at different times). Furthermore, as women who have sexual needs that may be unmet, we face scorn by possibly being labeled sluts, nymphos, and other names that are meant to demean our sexual prowess.

But will I really let that stop me from getting the things I want and need in love, life, and romance? Will I suppress my sexual appetite or sacrifice my need for witty conversation just to align my relationships with some ominous, external governing force?

In short: abso-fucking-lutely not.