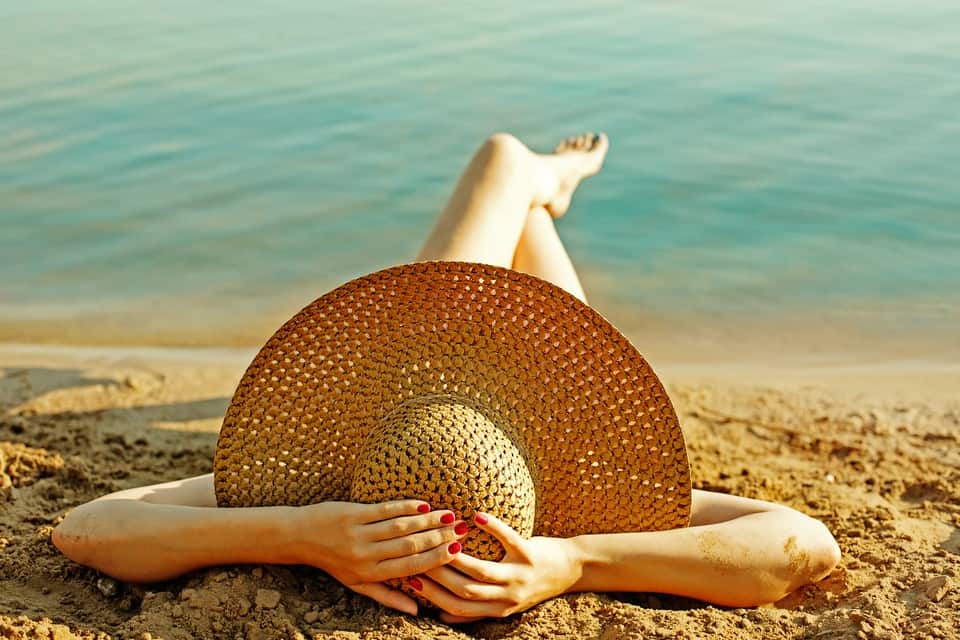 A Guide To Nude Beach Etiquette

Maybe you’re feeling a little daring. Perhaps you’ve got a predilection for the human body in all its wobbling glory. Or it could be that the Riesling you’ve smuggled in your backpack has started to sweat, and rather than wait another seven minutes at the Ward’s Island dock, you hop the ferry to Hanlan’s Point, lest you be sober a second longer.

Whatever gets you there, Toronto’s nude beach is one of the best places in our city. It is très cool and edgy. And while I recommend bringing along a literal picnic, demonstrating appropriate etiquette will be anything but.

Here are the dos and don’ts gleaned from my nude safari.

It seems obvious, no? Yet I was fully clad the first time I found myself, by accident, among the dunes at Hanlan’s Point. Comparatively speaking, my string bikini and flip-flops might as well have been a nun’s habit. The beach is clothing optional—no naked lifeguard demanded that I disrobe—though, if you do don swimwear, know that you will be the odd one out in a fleshy sea. Dress code should be your darkest pair of shades, for optimal people-watching.

This tidbit should come with an asterisk that denotes some reasonable boundary. I mean, I’m not advising that you commit a misdemeanour and have full-on P-in-V sex (or any choreography of Ps, Vs and Bs) on a beach that belongs to the public. Firstly, if you can manage to pull it off—without interruption and entirely covertly—then take a knee because I hereby dub thee Dame Nudie of Nudedom. That said, your horny index will be through the roof, especially if you’re in the company of a lover. Subtlety is king if you want to get a little hands-y, or at the very least make out like adolescents. Plenty of towels for coverage and a strategically planted umbrella can facilitate such fondling.

I aim this squarely at the man determinedly tugging away in my peripheral last summer that, I can only assume, liked the way he looked erect. Sure dude, I’ll grant you and any other man that simple truth. But the nude beach ain’t all about ogling hotties, even if you are the hottie. It’s about getting animal, feeling liberated, and tanning your winter-pale boobs. It feels somewhat biologically correct, to be naked around fellow sapiens. So please respect.

Do be friendly. (But not too friendly.)

If you want a peaceful shore to crack open the latest John Grisham (he’s your go-to beach read too, right?), then the nude beach probably isn’t for you. Oddly, everyone seems to know each other, though you could chalk that up to my fledgling nudist’s projection. Not surprisingly, those who frequent Hanlan’s Point probably have less of a social guard up than most. Eye contact, nods, and hellos are acceptable. My girlfriend and I even enjoyed a laugh after a woman came over, plopped herself down, and invited us to a pizza-and-beer party with an official invitation (where she pulled that little piece of paper from is beyond me). Upon closer examination, the card boasted a lucrative swinger’s gathering, which we politely declined as not really our scene. My takeaway from the interaction was this: kneel, if you are chatting it up with new friends, otherwise this puts genitalia on the same plane as your new pal’s eye level. Basically, use your common sense. Clothed or not, everyone is entitled to some level of privacy.

Do rock your body.

Rare are the trials in life that cannot be smoothed over with a Justin Timberlake lyric. So take his advice and rock your body. There I was, someone with a fairly positive self-body image, nearly starving myself in the days leading up to the Big Weekend. Golly, was I ever thrilled to see a Vegas-style buffet of buxom bods and skinny rails that, quite frankly, could not care less about mine. My confidence factor shot through the roof. I promptly relaxed as my anxiety slowly ebbed. “I could get used to this,” I thought. There is no comfortable way to splay yourself attractively for an entire afternoon, so go ahead and let it all hang out.