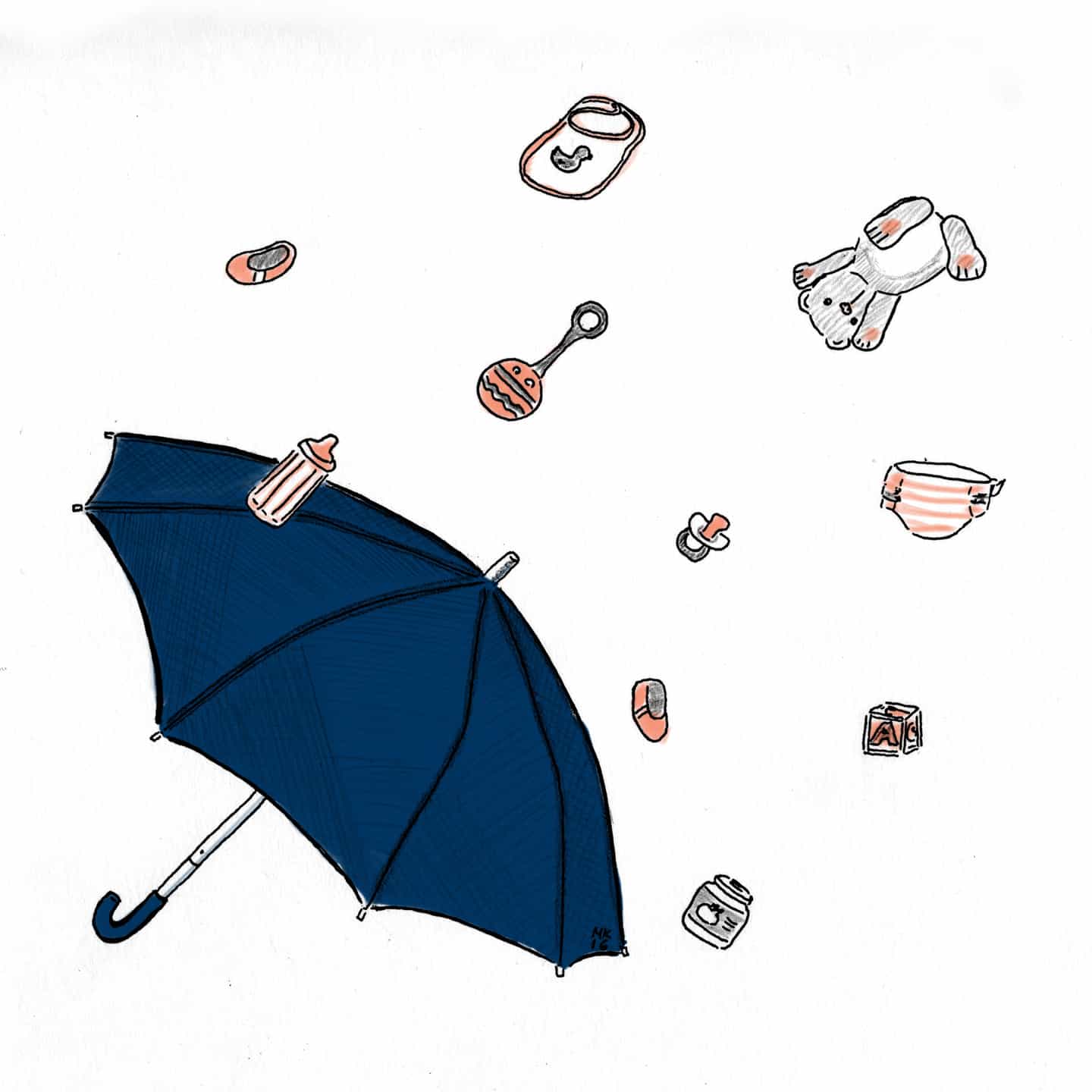 I love kids and babies but don’t want to have any of my own; however, now that I’m in my thirties, I seem to be in this weird space where people I don’t know well (men especially, but not just men) expect me to either be “baby crazy” (which sometimes seems to be defined as mentioning that kids exist) or be actively dismissive of kids and the people who have them.

Well, I’m neither of those things. It’s a bit of a weird in-between place that has involved some awkward conversations where I am treated like either a sad spinster or an angry feminist who thinks kids are the worst. AHHHHHH it’s so tricky!

I was almost certainly an asshole in my twenties about not wanting to have kids (I was an asshole about lots of stuff), but now I just want everyone to be happy in their choices and hooray for everyone. But these awkward conversations KEEP HAPPENING. I can’t tell you how many times some dude has rolled his eyes about “The Mommy Wars” over me saying, “I like kids but may not have any of my own.”

What do I do?
Switzerland

A weird binary seems to have surfaced where the assumption is that people either want to have kids, or hate them. While it is completely aggravating, I can sort of see how this happened. For me personally, I spent my late twenties to mid-thirties being told that I would change my mind about not wanting to have kids. People would say I was so good with kids (I worked with deaf kids off and on in my twenties), or so maternal (I’m not), or so kind-hearted (sure). It was tiresome and patronizing, and the only way to make it stop was by playing up the degree to which I found kids aggravating and boring.

A lot of women had similar experiences, and many of them took this resistance even further by identifying as ChildFree. I find these folks often super aggressive and often hateful, calling children “crotch droppings” and parents “breeders.” On the other side, you have folks who say that people who don’t want kids are selfish and have meaningless lives. I promise this isn’t true, and I understand why you feel you are being pitted between two camps because you don’t want kids but still like them.

As I mentioned in a recent column, I acted in TV shows and commercials quite a bit as a kid. It started when I was four or five and continued until I was about nine. Growing up, I was told that my parents put me in acting school because they were worried that as a painfully shy only-child, I needed to be “brought out of my shell” before I started kindergarten. But once I got older, extended family members confessed that my mom saw it as an opportunity to get some money and attention for herself. Who knows which is true?

I feel kind of mixed about the whole thing. On the plus side, I have now been on an episode of Mystery Science Theatre 3000. On the minus side, my mom pretty much did end up helping herself to most of the money I earned. I also think the fact that I was working all the time kept anyone in authority from realizing how unsafe my home life was.

One day when I was seven, I was waiting to be called to the set of Loving Friends and Perfect Couples, a truly astonishing soap opera that saw Keir Dullea playing the leader of a sex cult. While my mother and I sat backstage, she suddenly blew up and started screaming at me about something. I have no memory of what it was about; it could have been about literally anything. Knowing it was going to be pretty bad for a while, I ran out of the room and hid from her in the dressing room of Lori Hallier, who played my sort-of aunt on the show. As time went on, I could hear my mom trying to get people to help her look for me. A few minutes later, Lori stuck her head in the room and saw me right away. I don’t know what she saw on my face, but she winked at me, closed the door, and said, “She’s not in here!”

It would not be an exaggeration to say that this moment sustained me in many ways for the next several decades of my life. It was the first time an adult had my back, unreservedly and without agenda. It reminded me that there were adults out there who felt solidarity with kids. Who didn’t always side with other grown ups. Who saw our struggles, whatever they were, and tried to make our lives better.

I share this story because I want to stress that there are lots of ways to make a difference in the lives of kids, without having one of your own. I bet you have someone in your life who made a big impact on you but wasn’t one of your parents. It might have been a cool babysitter who let you stay up past your bedtime, a best friend’s older sister who told you what bands to listen to, or a library assistant who let you take out more books than a kid your age was allowed. Some kids’ lives are saved by those little glimpses that adults actually like them and – even more importantly – will take their side against other adults if need be. As a kid, I absolutely had a carefully curated collection of people like this, people I considered “safe adults.”

About five years ago, I Googled Lori to see what she was up to now. I was completely floored to realize that she was only twenty-four when she became my shining beacon of an idealized and wise adult woman. The thing is, she didn’t really have to do much to meet that standard. Keep in mind that you don’t either. It doesn’t matter if your apartment is messy or you haven’t got your career figured out or if you have days when you are wearing your underpants inside out because you didn’t do laundry.

It sounds as if you would do a great job being some kid’s “safe-adult” right now. This can mean whatever you want! Maybe start with shooting a sad tot a sympathetic look on the subway, or taking a friend’s kid to the park for a day. If you are looking for something more structured and with other adults around, you can try volunteering at some place like Story Planet, teaching kids to write.

Any kid would be lucky to hang out with you. Maybe they’ll write a column about it one day.