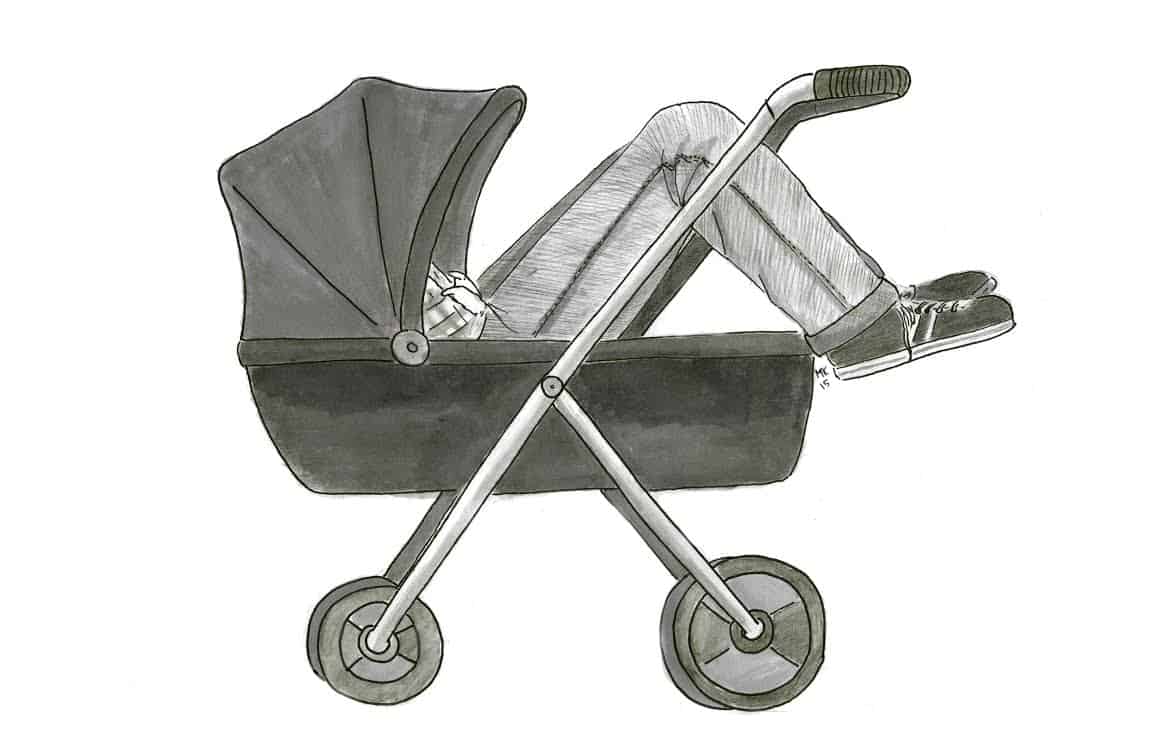 Adult Learning: How to break the pattern of dating Man-babies

I have dated a series of dudes that wanted me to take care of them. Not in a “I’m going through a rough time, can I lean on you?” sort of way, but in a constant, “I’m fine in public but want you to do so much for me in private, and then I’ll be a jerk when you need something” way. And miraculously, when they were with someone else they managed to take care of themselves much better.

At the time, my self-esteem was pretty shitty so I was ok with that. Now I’m doing much better (hooray!) but my relationship history has me really nervous about dating anyone. These “please take care of me so I can resent you for it” dudes still seem to be into me.

How do I shoo those types away and ensure I only get men who want to be equal partners? Is there a phrase I can inject into conversation, or some kind of elaborate dance move?

First of all, good for you for noticing and then wanting to break the pattern of dating man-babies. I have been despairing a lot lately over the number of incredible feminist women I know who are partnered with men they are trying to coax, cajole, and carry into adulthood. You deserve better!

It’s a pattern I know really well. More than once I have met someone and then, as Jill Barber once sang, loved him for the man that he could be. So I don’t want to sound like a smug ex-smoker about this issue, but I do want to shine a light on it. Because how much of our brain power are we are spending on making space for men to figure out their shit?

I see so many women slogging away at day jobs they don’t love that leave little space for their own creative work, while making excuses for their male partners’ stagnation and lack of productivity. It hurts my heart for all of us. Can we please stop propping up these dud(e)s who aren’t propping us up back? Can we please expect our partners to be partners? Think of all the great art we could make!!! Or at least naps we could take.

Some men will download everything onto the women in their lives because they feel entitled to, even if we are crumbling under that weight. I am talking about men who demand so much space and time and energy and resources to figure their shit out, even while we are drowning. I am talking about the tightening in our guts when we are listening to the next set of conditions we have to meet before these men will start sharing the load.

You know all this already, because you have already sworn off of man-babies. But how do you avoid them in the future? Let’s outline the basic traits of a man-baby, and then some possible red flags.

That is to say, man-babies function as if every aspect of the world is outside of their control, while at the same time expecting those around them to make sure their needs get met. They often have big hopes or dreams, but don’t seem to have any willingness to take the steps required to make those dreams come true. To top it all off, they seem to have either no awareness or feel no responsibility about how much everyone around them is taking on in order to keep them afloat.

Here are some questions to ask yourself to help develop Man-baby warning bells:

It’s important to keep in mind that some people genuinely are victims of circumstance or oppression. But with some dudes, everything from getting a cavity to getting fired is someone else’s fault. It’s fine to make mistakes, and we’ve all had days (or weeks or months) where no matter how hard we tried, things kept falling apart around us. But if you are seeing a dude who frames every mishap as having external causes, you might want to proceed with caution (if at all).

When he is talking about a problem he is having, and you say, “Yikes, that sounds tough. What do you think you are going to do?” does he have some strategies to fix it, or at least acknowledge that he needs some strategies to fix it? A man-baby will either give you a list of things other people need to do in order for a problem to be fixed, or he’ll look at you like a confused baby bird at the notion that there are steps he could be taking himself to resolve the issue.

Man-babies often make their choices passively, rather than actively, often letting inertia and outside forces combine to determine everything from what they eat for dinner to where they live. This saves a man-baby from ever having to assess a situation and/or learn from past mistakes. This also has the added bonus side effect of removing responsibility from him for whatever outcome happens next, because it’s not like it was his choice that was to blame.

Here’s an uncomfortable truth about man-babies: They are often pretty charming and charismatic dudes. So a man-baby has probably dated a lot of amazing women, and some of these women might still feel guilty for having broken up with him or just never gotten out of the habit of trying to solve his problems. When he is having a crisis, see who he asks for help. If it’s all women, run awayyyy.

Okay, this is a tricky one, because I am not talking about how big or fancy a guy’s place is or how much his belongings seem to be worth. But living spaces might be one of the first ways to gauge a dude’s ability to make decisions and solve problems. If a dude seems to have the same bed-in-a-bag his parents bought him when he was 18, has no toilet paper in his house, and “doesn’t know what to do” about the fact that his cat pees on his bed at least once a week…you might not want to make a second visit to his apartment.

These aren’t 100% guaranteed screening questions, OMF, but I think they are a good place to start. I really hope your letter helps start some difficult conversations about this stuff. One of the things that enrages me most about man-babies is how much PR the women in their lives take on to try to hide their man-baby-ness from the world. Let’s all stop doing that!

Women are raised to be caretakers, so I’m really glad for you that you are working to rejig those instincts. I’m so excited for all the amazing things you will do now that you are focusing those energies on yourself.

All the best to you!
Audra