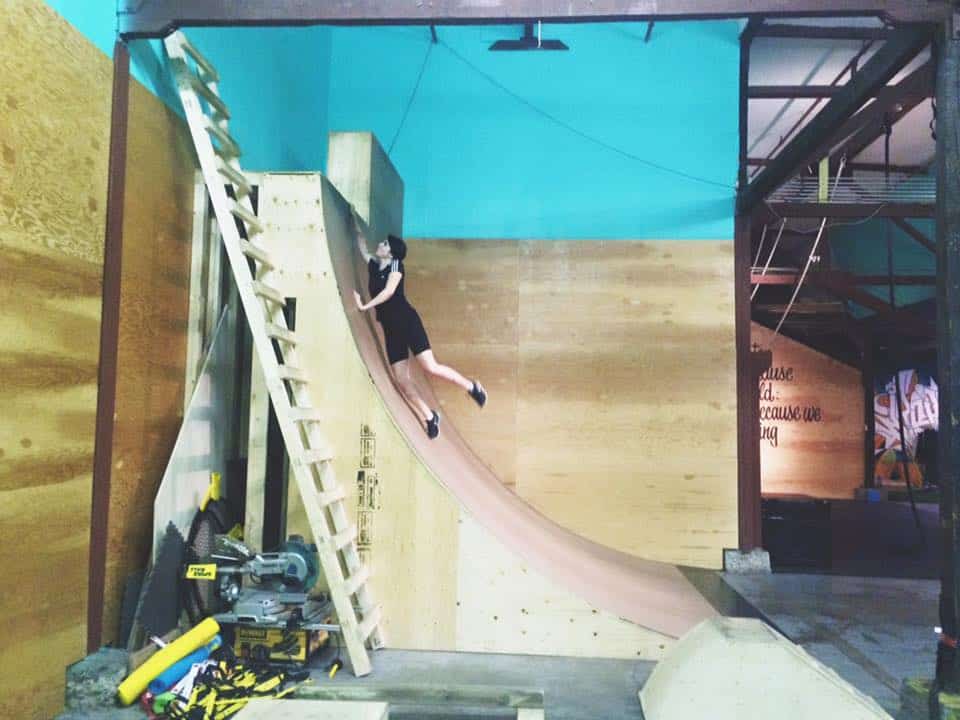 AN INDOOR OBSTACLE COURSE BEAT ME UP

My upper arms and inner thighs are littered with dark purple bruises. When I showed them to a friend, she jokingly called me “Angel Face” – a reference to Jared Leto’s doomed character in Fight Club, I’m assuming. But my bruises were unintentionally self-inflicted, because I overestimated my ability.

Last weekend I decided to check out Pursuit OCR, Toronto’s cool, new indoor obstacle course. I’m a lot fitter and stronger than I used to be (which isn’t saying much), so I figured it would be one big playground. Honestly, I blame the Disney Channel’s Cadet Kelly for making me believe that racing around an obstacle course race (OCR) would be cute: I’d jump through a few tires and – ta-dah! – a young Shawn Ashmore would be there waiting for me at the finish line. As if.

Tucked away in a modest warehouse near Queen and Dufferin, Pursuit OCR is easy to miss (there’s no flashy sign outside). Inside, it’s impressive. I was surprised to see the sheer size of the obstacle course. Co-founders Wil McLean and Eddie Chan gave me a tour of the 10,000-square-foot facility. Eddie made everything look easy: “Scale this wall, climb this rope, swing across these bars.”

I went through the entire course three times, and was able to do every activity with the exception of the monkey bars and rings. What I didn’t expect was how physically demanding each part of the obstacle course would be. Despite walking throughout, I was out of breath.

The LED-lit ball pit was my favourite part of the course, and everybody else’s too, from what I gathered while flipping through the gym’s location tag on Instagram. At the independent training area, I attempted slack-lining — that was a bust — and then tackled the cove wall, which I falsely called a “half pipe,” but you get the idea. Basically, you run up a 14-foot wall at a sharp incline and then hoist your body up onto a platform. I reached the top, but I was knew going into it that my upper arm strength was nonexistent – no surprise there – so I hung on for a chill sec and then fell down. This was where I probably got most of my bruises, now that I think about it.

But it was actually a really fun experience. Pursuit is essentially a playground for adults, and it was a way to spend an afternoon, even if it meant getting roughed up a little.

If you want something different to mix up your regular workout regime, I’d recommend you try a $20 “all-day play pass” – and maybe ask a friend or two to tag along. If you’re feeling financially flush, you could also spend $35 for a post-workout session in Pursuit’s CryoCabin, a Whole Body Cryotherapy (WBC) chamber that uses nitrogen gas to freeze the body, instantly reducing pain and inflammation.

Q: So why an indoor obstacle goal? What inspired the idea?

A: I wanted to build something that allowed adults to be kids again, or at the very least play and move like kids do. It seemed like an idea that resonated with a lot of people.

Q: What was the building/production process like? How long did it take to get the place open and running?

A: We got the place in May. Building and planning took a while: it was almost done entirely by Eddie, Mikey [program director Mikey Pamaputera] and myself with help from a couple of volunteer carpenters. Because something like this had never been done before it was exciting, but it also required a lot of changes as we went, as we constantly came up with improvements and ideas to make the space better. Our grand official opening was on October 17th.

Q: What kind of classes does Pursuit OCR offer?

A: We have a whole gamut of classes, from flexibility and mobility training to super-intense push-yourself-to-the-limit strength and conditioning. All our classes are led by the best instructors around, and we keep the groups small so you get a lot of attention and instruction. Our goal is to teach you to be independent and learn so you can apply those skills to all of your movement.

Q: What kind of reception has Pursuit OCR received?

A: It’s been amazing. The attention and response from the community has been well beyond our expectations. People come in not knowing what to expect and leave happy – not only because they had fun, but also because they’re happy about what they accomplished.

I think the big appeal is that it gives you a chance to let your guard down. There are going to be some things you love and some things that you could improve on, but since the focus is on play and exploration, it’s easy to give yourself room to fail. If you take you ego out of the equation, then it’s not embarrassing to not be perfect right off the bat. And that’s something that’s super important to us. We’re an inclusive, non-binary, gender-neutral and nontraditional space. Those antiquated notions of machismo and vanity don’t really fall into play here.

So the people you’ll find at Pursuit are all very welcoming and supportive. Watching complete strangers cheer each other on because they really want each other to do well is so profoundly awesome. We don’t focus on competition or on traditional aesthetics. We don’t put up leaderboards, so you’re being held up to a complete stranger’s accomplishments.

There are no mirrors. Love the way you are and just want an outlet to move? Awesome, we’re here for you. Have a specific fitness goal? We can help teach you everything you need to know, but we’ll never tell you that you have to lose weight or be a certain shape – that’s not our business, both literally and figuratively.

A: We cover a lot of bases in the course and the classes. People absolutely new to movement or their bodies won’t leave feeling defeated. The whole idea is to get moving with things that you grew up doing as a child, but in a way cooler environment.

Q: What makes Pursuit OCR stand out from other unconventional gyms in Toronto?

A: If you’re more athletic and looking for a challenge, that’s OK – each obstacle can be scaled up in difficulty, so you can make it super hard and really push your limits. We haven’t seen many people leave who haven’t learned something new about themselves.

Q: What’s in the future for Pursuit OCR?

A: The entire space is designed to constantly change and evolve. We’ll keep adding things to the course. It’s modular, so we can swap things out when we think of new, interesting, fun things for you to do. And if this catches on the way we think it will, we do have plans to open new ones. I’d love for each one to be different and not cookie-cutter, because I think the space itself tells a big part of the story, and each new place will have a different vibe to it and different features. 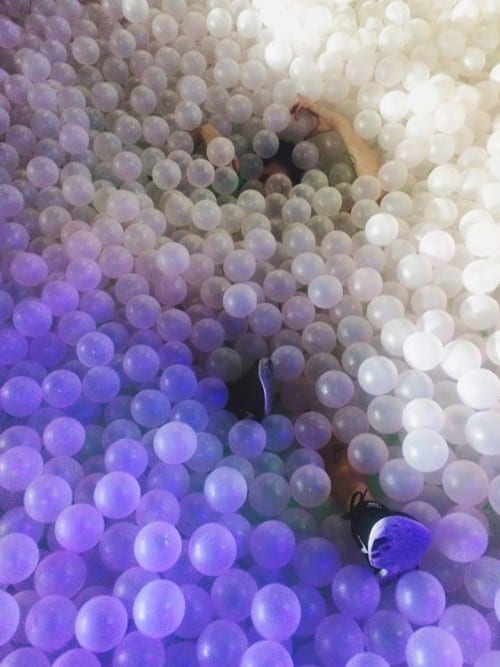