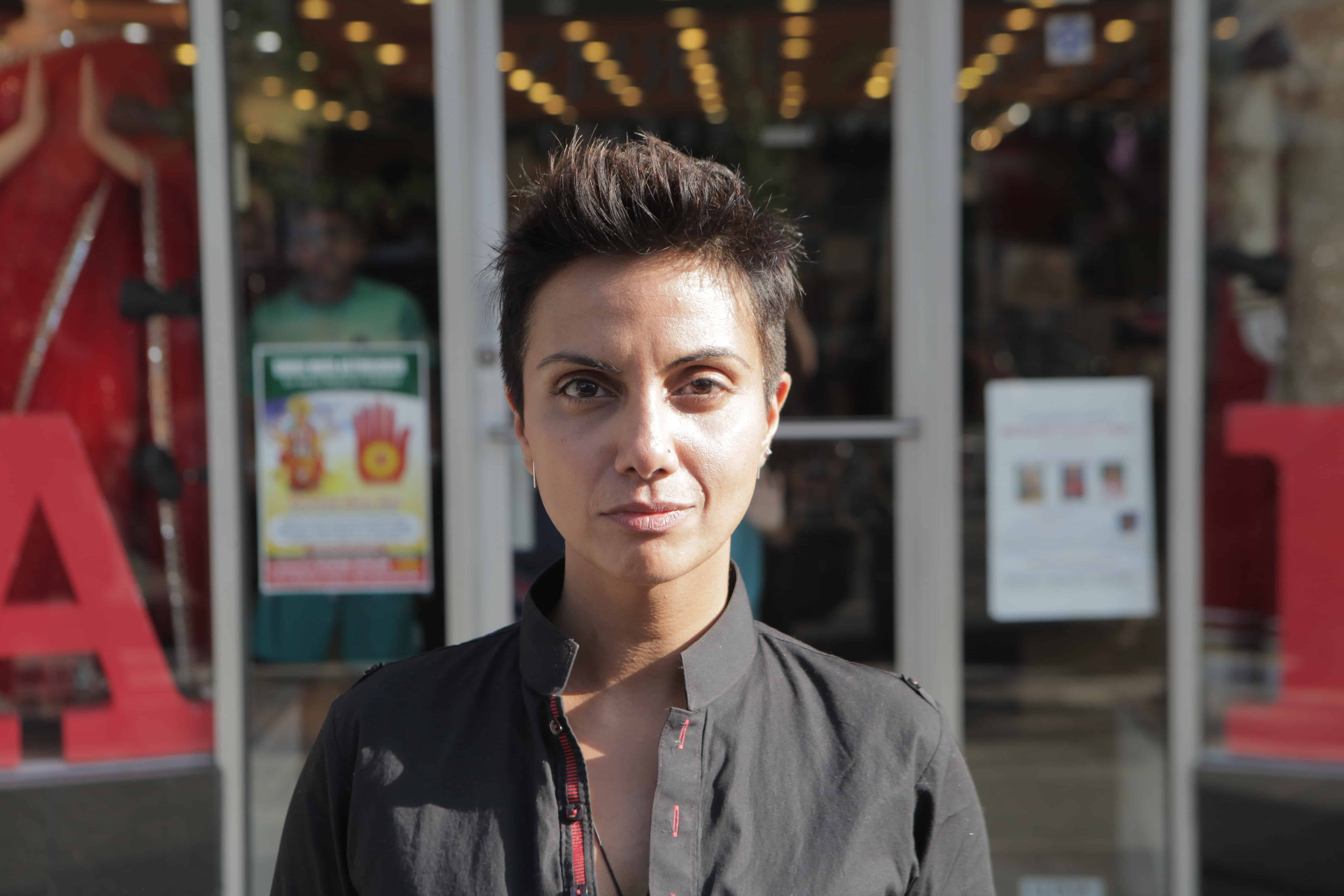 The CBC series Interrupt This Program uncovers the underground arts scenes in cities that have experienced major traumas: natural disasters, long-term violence, political unrest or economic meltdown. In these cities under pressure, artists are fighting back. In each episode, local artists are committed to making art that elicits change, displays courage or protests against their city’s political and societal status quo.

One such artist featured is Fawzia Mirza, an actor, writer and producer who has used some unconventional methods (including coming up with an alternate persona – Ayesha Ali Trump  – Trump’s illegitimate Muslim daughter), in order to affect change.

We caught up with Mirza this week.

SDTC: You’ve been in Chicago for a decade now. How has it changed in the time you’ve been there?

FM: I was seventeen when I moved from Sydney, Nova Scotia; my dad got a job at a hospital in Indiana in the States, so we moved. I moved to Chicago because I didn’t know what I wanted to do with my life, except that I wasn’t ready to get married like my parents wanted me to.

I went to law school. I attended Chicago-Kent College of Law. And, yes, it’s true that one of the worst reasons to do anything is because you’re not sure what else to do. Then in my third year, I took my first acting class and loved it.

As far as Chicago changing? Yeah, it’s undergone a lot of changes, including plenty of gentrification, people being pushed out of their homes as rents get higher and neighbourhoods change colour. The neighbourhood I live in now, when I first moved to the city was known as Skid Row. Now it’s known for some of the best restaurants in the world.

I love how much joy Chicagoans have when the snow melts and it’s springtime. There’s this beautiful and insane energy in the air, as if Chicagoans were physically and emotionally stifled for months but suddenly the sun emerges and everyone thaws out. I know I’m solar charged, so it’s an amazing few months to be in the city.

I loathe the compartmentalization. Don’t get me wrong, Chicago is extremely diverse, but the city can be deeply divided. Some people don’t go north of North Avenue, or west of Damen. That’s a tiny fraction of the city. This city has some of the largest and most robust populations of international communities of people in the country, and yet some folks are clueless about folks outside of their mile radius. One of my goals as an artist is to create work that connects us across the neighbourhoods. I don’t know, maybe I should take people on tours of Devon Avenue (which is like Toronto’s Gerrard Street).

Each other. I think that if every single person had empathy for other human beings, we’d literally change the course of the world and our futures.

Any hints at what your next project will be?

My next project, per se, is up in the air because I’m sort of a workaholic and am constantly scheming and creating. BUT, I can tell you that screenwriter Terrie Samundra and I adapted my one woman play, Me, My Mom & Sharmila into a screenplay, which was named a finalist for the SFFilm Rainin Fellowship!

It’s a story inspired by me, my relationship with my mother and our shared love for famous Bollywood heroine, Sharmila Tagore. It’s set in South Asia and Canada and the U.S. When we make this, parts are set in Toronto and then a lot is set in Sydney, Nova Scotia, so it’s going to be fun to be back!

How can we incorporate “artivism” into our own lives?

Some people struggle calling themselves activists, but I think many of us are, just even in the way we treat people, or help people, or stick up for other people, or use art to speak up. I used to think comedy wasn’t as powerful as other art forms, but then I realized that all forms of art can have social justice impact, it’s just a matter of embracing the form, and embracing your voice. Just being authentically you and telling your story is a form of artivism.