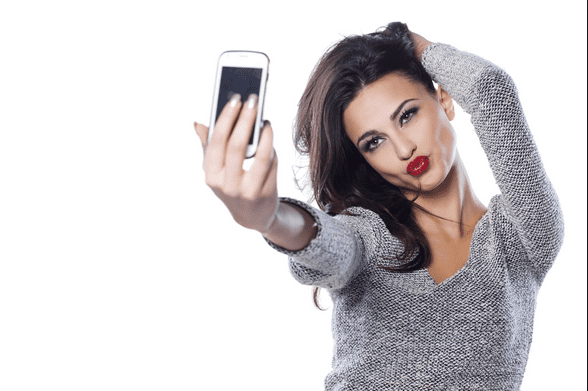 I Blame the Internet

In the middle of rush-hour shopping, there’s a screaming twenty-something woman in front of me at ZARA, and she’s pissed off.

Like an eccentric theatre student, she dramatically points her finger at the cashier who refuses to return her racerback velvet jumpsuit. The same velvet jumpsuit the woman says she bought on sale for $45.99, and now realizes it’s not the “look” she was going for; and she swears she only wore it once, maybe four times, etcetera.

Now, 75 days later, without a receipt or proof of purchase, she’s pulling the trigger for a full refund – cash, obviously, demanding to talk to the most senior name tag on shift. As a quiet bystander watching in line, it’s easy to see this woman’s shittiest qualities. She’s rude, impatient, quick-tempered and stubborn. She’s a walk-in closet of problems. And now she’s spilling-over her misplaced anger on an innocent cashier who’s probably a celebrity vlogger on YouTube. It’s concerning.

As I stood in line staring, I realized this berserk lady is a shopping cart of millennial qualities. She has the ugly traits that every internet veteran has. And while some traits like distraction have an easy, pink font solution in Cosmopolitan – more serious behaviors like lack of accountability, social anxiety and stubbornness are not as remedial. They linger and manifest in ways that go far beyond the ZARA lineup and into our relationships, with the loved ones we high five, group text, emoji hug and share appetizers with. It’s in this particular set of problems that we become embarrassingly aware of ourselves in the world; outside the sugar-coated safety of the internet. And it’s disappointing.

Millennial women have serious issues because of the Internet. Our understanding of self is mirrored through Instagram, emotions defined in sub-tweets and aspirations bulleted in our LinkedIn profile. We’re left with qualities that mimic our online behavior; over confident, obsessed with a “look” and totally distracted by likes, favorites, retweets and followers.

Then, when things don’t go our way and shit hits the metaphorical fan; we’ve learned from popular and cool internet peers that we’re entitled to always be right – and anything is possible if we’re willing to make a fuss about it, or make a cool hashtag trend. And later, when we start to notice the negative behaviors we’ve been forced to adopt: like multi-tasking a million things, wasting time and feeling left out, we imagine these feelings will magically poof into oblivion once we fix them. But they don’t, they’re blueprinted in other offenses; like being a “bad texter” or “always bailing” on plans. We pick our flaws accordingly.

This isn’t breaking news either. There’s even a name for it; “The Online Disinhibition Effect”. Basically, as John Suler says, we’re dangerously invisible, overly confident from anonymity and absolved from authority. We’re encouraged to tweet like Kanye West and Instagram like a misunderstood performance artist. And now, 4 years after Instagram, 8 years after Twitter and 10 years after Facebook, we’re finally starting to see these self-absorbed and obnoxious tendencies are surfacing into our face-to-face contact.

I can see it in myself too. I’m impatient, distracted, always waiting for my turn to talk and am never accountable. I’m a self-absorbed hypochondriac addicted to self-help books. It’s only really until I was standing in line, holding this killer blazer with elbow patches, I started to see how this insane screaming woman is probably one of a handful of crazy personalities that will shout at this cashier today, and that’s the reality of it.

And I blame the internet. Or Kanye West. Both really. We’re obsessed with ourselves, and the internet has rewarded these bad qualities with positive notifications that build our self-esteem. So keep being an asshole, and embrace feeling shitty and cool; all the more fuel to get more followers, right?