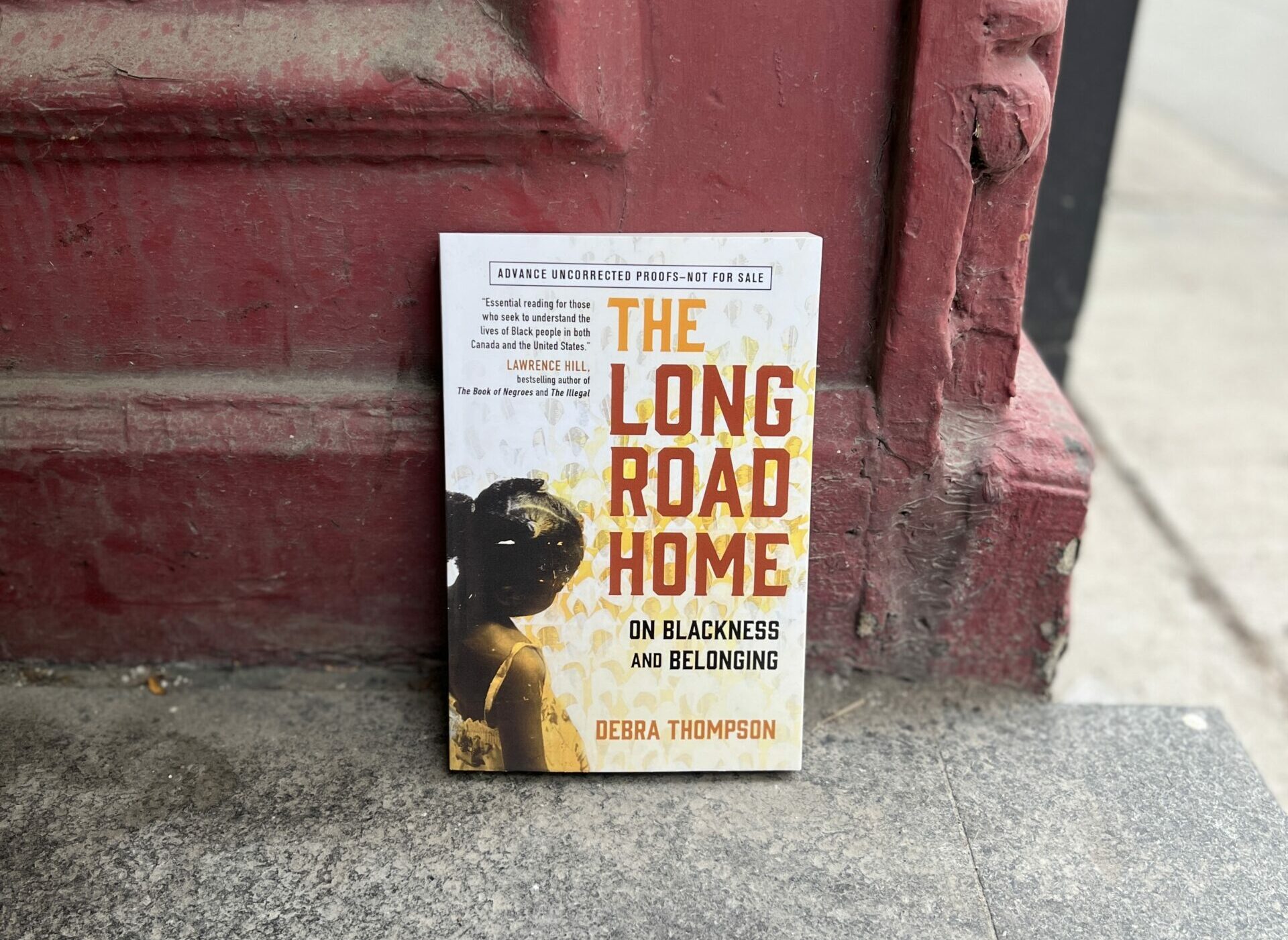 Debra Thompson’s The Long Road Home: On Blackness and Belonging is essential reading for Canadians. In her enthralling memoir, Thompson shares her own life experiences growing up Black in Canada, while also giving readers an exceptionally informative book that provides an in-depth examination of Canada’s treatment of Black people from the 1600s until now (including the 200 years of slavery that is so often dismissed in our historical texts).

When Thompson moved to the United States in 2010, she felt like she was returning to the land of her ancestors, those who had escaped to Canada via the Underground Railroad. But her decade-long journey across Canada and the US transformed her relationship to both countries, and to the very idea of home.

In The Long Road Home, Thompson follows the roots of Black identities in North America and the routes taken by those who have crisscrossed the world’s longest undefended border in search of freedom and belonging. She begins in Shrewsbury, Ontario, one of the termini of the Underground Railroad and the place where members of her own family found freedom. More than a century later, Thompson still feels the echoes and intergenerational trauma of North American slavery. She was often the Only One—the only Black person in so many white spaces—in a country that perpetuates the national mythology of multiculturalism.

The Long Road Home is a moving personal story and a vital examination of the nuances of racism in the United States and Canada. Above all, it is about the power of freedom and the dreams that link and inspire Black people across borders from the perspective of one who has deep ties to, critiques of, and hope for both countries.

When we launched our #BooksMakeLifeBetter book club with Simon & Schuster, it was important to us to read a variety of genres and select books that we knew would enrich our understanding of the world around us. Thompson’s book fulfills these goals, while also giving us an enthralling and poignant page-turner—we hope you read along with us.

Head to the Simon and Schuster Canada site to purchase a copy, or stay tuned to enter to win one when we launch a special giveaway next week! We’ll also be sharing a discussion guide and interview with Thompson to help spark further thinking and discussion about this brilliantly written book.