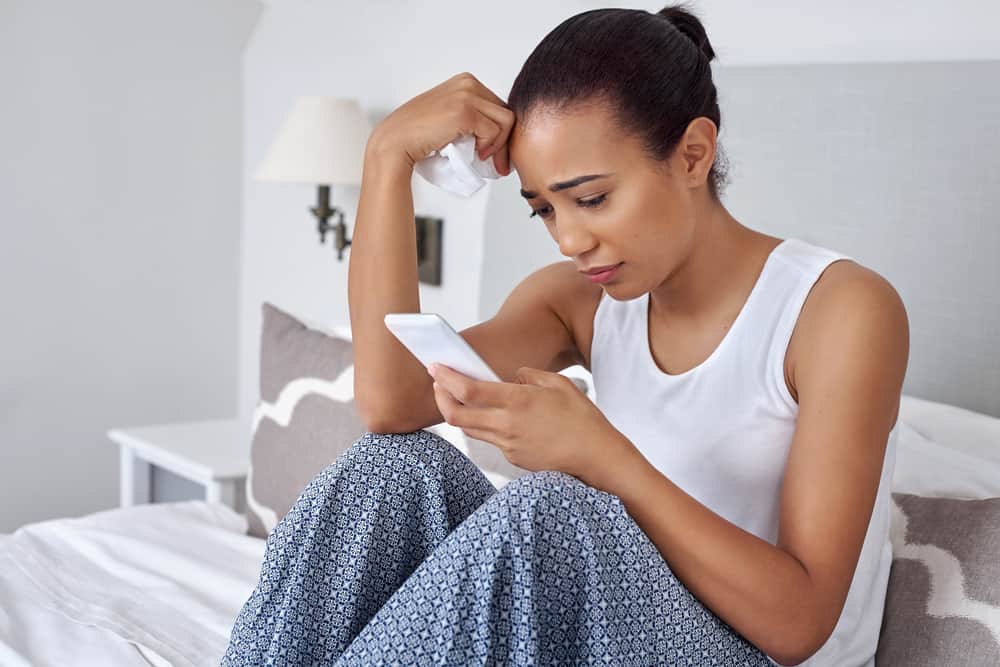 Breaking Up in the Digital Age

If breaking up were easy, we probably wouldn’t talk about it so goddamn much.

There’s the surreal feeling of removing your things from their space. Or acknowledging that the city you live in has become an experiential graveyard of the moments you shared. These are traditional experiences. But the feeling of seeing them online via Facebook chat and praying to the social media gods you don’t cave and talk to them? That’s new.

I’ve been through a few breakups in my day but I have to admit, my most recent was different. In previous splits, the chasm of information, time stamps and photos that is social media did not exist. During my first ever breakup, we pretty much only contacted each other via e-mail and the random phone call…yes, you read that correctly. We didn’t have cell phones, so texting wasn’t a thing and therefore his absence, while significant, was much less apparent. Now, his absence feels all-encompassing.

If I really wanted to (and I do), I could see the last time he was online. If there is more than a three or four hour gap, my thoughts automatically lead to, “I wonder what he’s doing away from his phone for so long. Could he be the latest victim of the city’s horrendous biking infrastructure, or worse, on a date with another woman?” Every time he’s tagged in a photo or captured in a Snapchat it’s like a mini punch in the stomach—I’m trying my hardest to erase all thoughts and imagery of you but here they are, plaguing my peace of mind every twenty-four hours.

Besides being able to document his whereabouts by piecing together bits of information strewn across both his and his friend’s social stamps, there’s the issue of un-friending. Is there any appropriate connection to keep? Sure, I can remove him from Facebook so I miss all the rage-inducing vacation photos. But is removing a connection on LinkedIn really necessary? What if I need a job some day? What about his friends? They were always nice to me; do they have to go too? Will they even care?

And after reading this I’m sure you’ve said, probably more than once, “You should just delete him. That’ll solve all of this.” You’re completely right, but it’s easier said than done. I’ve made excuses for myself, but really I’m just scared that once I lose the connectedness, I’ve really lost him. In the 90s, a breakup scene consisted of a final hug, emotional kiss and tear-filled stare-down. That was goodbye. In 2016 it looks more like a cursor hovering over the unfollow button on Instagram, and even then, is it ever over?

So for now, I carry on in this faux digital “relationship” I’ve created for myself. Sure, I can’t be there with him, but at least I know where ‘there’ is. And watching Snapchats is the closest thing next to real-life presence anyway, right? Eventually, I’ll give up this fruitless masochism and wonder why I held on for so long. I know what I have to do to get there; I’ll let you know when I’m ready to do it.

Tags: Breaking Up, Breaking up is hard to do, Digital Age, Featured, Sex & Relationships, Social Media