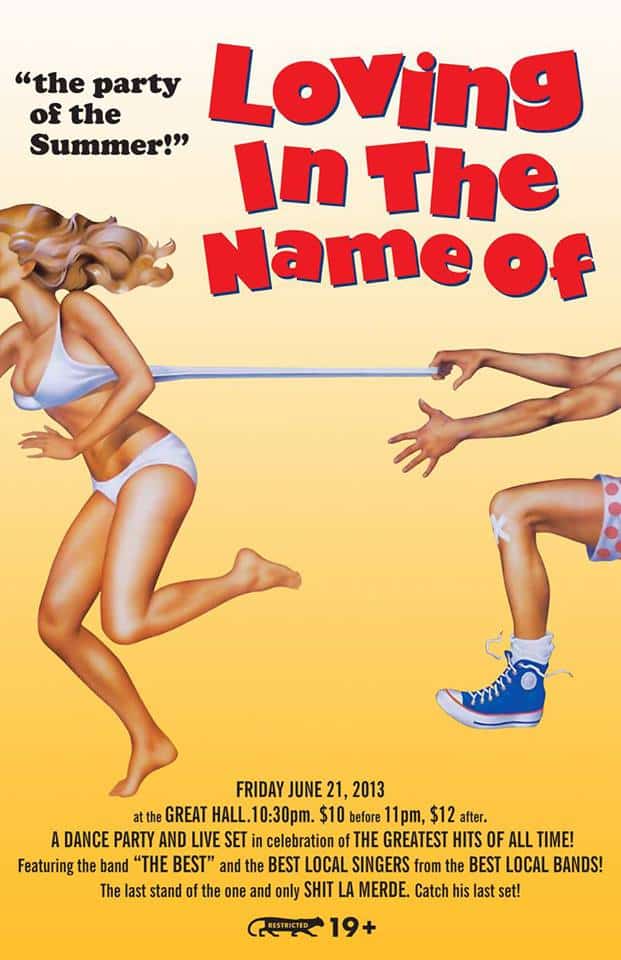 Caitlyn’s Party Pick of the Week: Loving In The Name Of at The Great Hall

Imagine the greatest singers and bands coming together in one room to perform songs for you. Pretty epic, huh? Also near impossible. But the likelihood of some of Toronto’s best musicians coming together to perform songs by artists like Whitney Houston, Boyz II Men, Hall & Oates, Mary J. Blige, U2, and The Smiths isn’t—in fact, it’s happening this Friday at the Great Hall (1087 Queen St. W.).

In celebration of the summer solstice and the greatest hits of all time, Loving In The Name Of presents The Best (made up of the best musicians from the best local bands) recreating classic songs you know and love. DJ Shit La Merde plays hits all night long to make you dance; it’s his last set before he relocates to Vancouver so you can expect a good time.