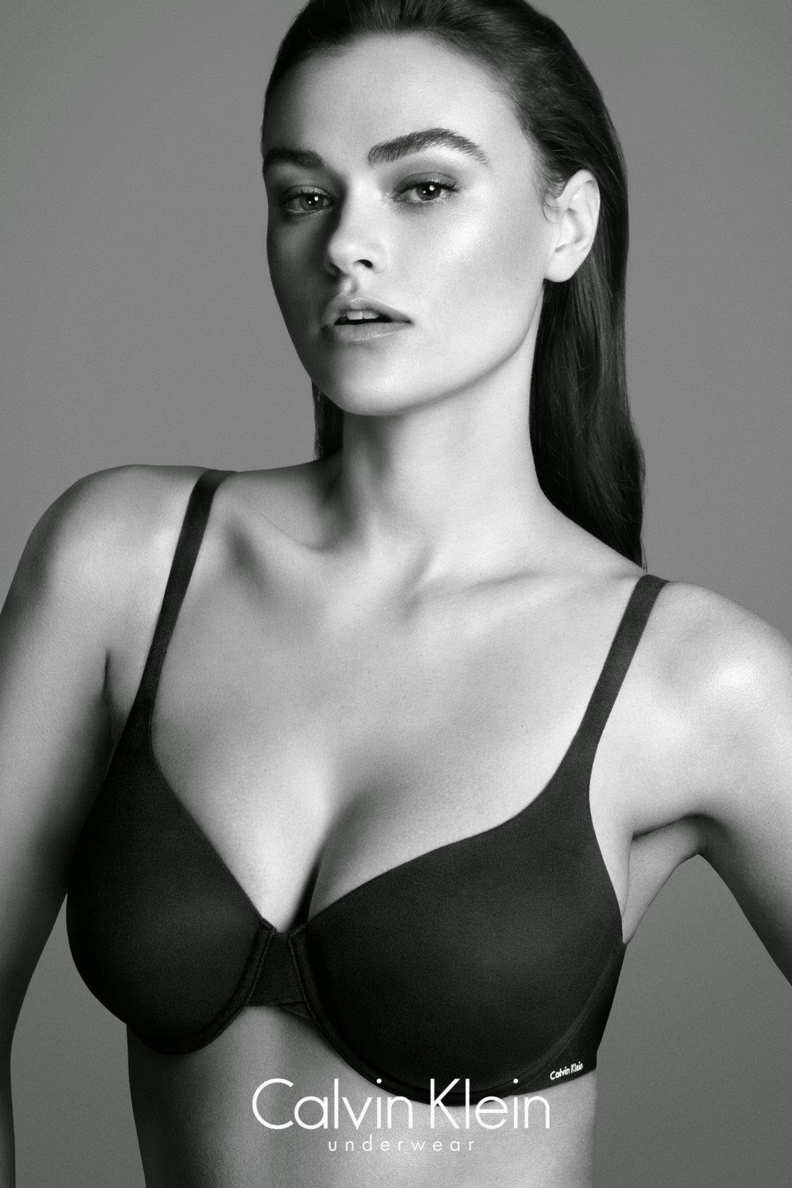 For years the fashion world has brought us only two types of femininity: super thin and plus size. Women have struggled to find representation of themselves as they see models who either fall into sizes 0-4 or 12-14. Occasionally we even get representation of bigger sizes, such as when Jean Paul Gaultier chose to feature Beth Ditto of The Gossip and model Velvet D’Amour, a size 22, in his runway shows. But what happens to women who are neither super skinny nor super sized?

Enter model Myla Dalbesio, a stunning 27-year-old who is featured in Calvin Klein’s latest lingerie campaign for the Perfectly Fit line. Her body is anything but average but her size, said to be an 8 or 10, might finally bring a sense of familiarity for the average shopper. While Calvin Klein hasn’t made much commentary on his new campaign, which also features models Jourdan Dunn and Lara Stone, the inclusion of Dalbesio speaks volumes for a brand that was once known for ushering in the era of “heroin chic”.

Unfortunately Calvin Klein is already getting backlash, as some people believe that the campaign has labelled Ms. Dalbesio as a plus-size model.

But in reality, that never happened. As Dalbesio explained in an interview with Elle, the fact that the brand didn’t make a fuss over her size is actually a big step in the right direction. “It’s not like [Calvin Klein] released this campaign and were like ‘Whoa, look, there’s this plus size girl in our campaign.’ They released me in this campaign with everyone else; there’s no distinction. It’s not a separate section for plus size girls.” In fact, a spokeswoman for Calvin Klein further explained the purpose of the Perfectly Fit line saying that “[it] was created to celebrate and cater to the needs of different women, and these images are intended to communicate that our new line is more inclusive and available in several silhouettes in an extensive range of sizes.”

Personally, I believe that seeing this kind of diversity is an improvement to the current fashion landscape that is awash in size 0 models. While we mere mortals should remember that there is more to life than emulating a fashion magazine, it must be refreshing to see a model who more closely represents the average woman, in a size that is glaringly absent from the average fashion spread.

Myla isn’t thin or fat, she just is. Dalbesio has lamented that in the modeling world, being an average size usually isn’t enough to get you anywhere within the industry. As she explained to Elle, “I’m not skinny enough to be with the skinny girls and I’m not large enough to be with the large girls and I haven’t been able to find my place. This [campaign] was such a great feeling.” I can only hope that this trend continues and that we continue to see more “in-between models” ranging from sizes 6 to 10. Perhaps as this campaign gains traction, the fashion industry will recognize that women’s sizes live on a wide spectrum and not two extremes.