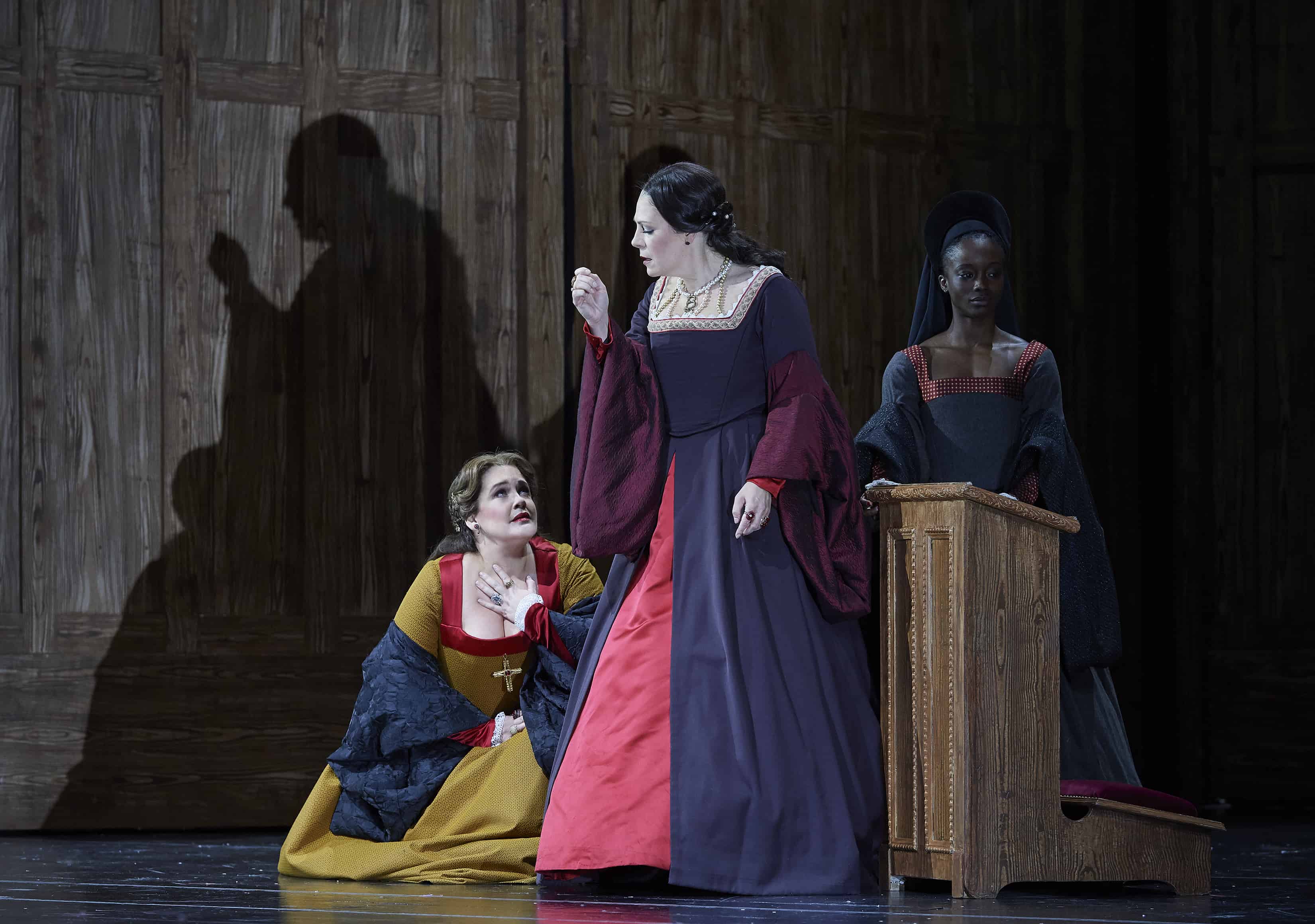 Few stories are more dramatic than the true tale of Anne Boleyn. The scorned queen played a pivotal part in the creation of a new religion, gave birth to Britain’s monarch, and was beheaded by her husband–all by age thirty-five. It’s a story that lends itself easily to the drama and grandeur of opera. That’s why it’s unsurprising the Canadian Opera Company’s new production of Donizetti’s classic Anna Bolena is so powerful.

Now, everyone who knows me knows I’m an Anne Boleyn fan. I’ll devour any piece of art about her, from Philippa Gregory’s soapy page-turner The Other Boleyn Girl to the recent BBC adaptation of Wolf Hall. If it’s about the Tudors, I want to consume it today. I even watched that atrocious TV series starring Jonathan Rhys Meyers from the mid-noughties. Basically, I’m straight-up obsessed when it comes to Henry VIII and his many wives, so I loved this opera. It captures all the pathos of patriarchy. In short, it’s a feminist must-see.

Set in the court of King Henry VIII, Anna Bolena is an Italian opera about the corrupt trial that resulted in the doomed queen’s treason conviction and her subsequent execution. Complete with a sizeable chorus and an opulent wood set, the production captures both the intimacy and the epic nature of Anne’s story.

Anne is the second wife to the king, spurned by her husband for her failure to produce a male heir. Years earlier, King Henry defied the pope and converted England to Protestantism so he could wed Anne, but the self-centred Henry has no lasting loyalty. Quite possibly the most privileged man in history, this king expects to have whatever he wants, no matter the cost to others. When he turns his sights to a courtier named Jane Seymour, that means his current queen has to go.

Anna Bolena is a domestic drama about an abusive husband who victimizes every woman he comes across. And yet, because Henry’s affairs of the heart are part of his kingdom’s domestic affairs, Anna Bolena is simultaneously a personal drama and a sweeping epic. After all, Anne’s trial was a piece of theatre witnessed by the entire Royal Court of Britain. And its reverberations were felt throughout history. 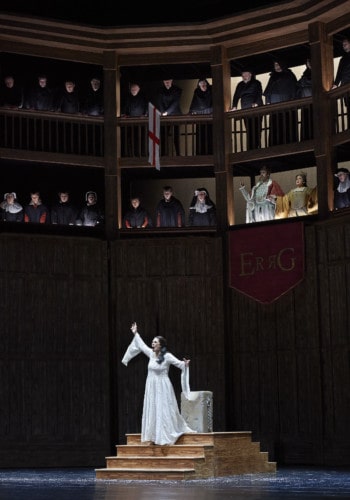 It is, however, the performances of the female leads that elevate this opera from a competent piece of entertainment to something extraordinary. Keri Alkema impresses as Jane Seymour, the king’s mistress and Anne’s former lady-in-waiting. Jane regrets she will be an instrument in Anne’s execution, yet she is powerless to stop it. Her singing captures the angst of a woman who has inspired evil in others despite wanting no part in it. Jane is a victim of patriarchy and her own lack of power. Fittingly, Alkema goes heavy on the pathos in her portrayal of the woman who became Henry VIII’s third queen.

And what of Sondra Radvanovsky, the Canadian-American soprano who takes on the show’s titular role? The task of playing one of the most infamous women in history is no doubt daunting. Depending on whom you ask, Anne Boleyn is either a brave, proto-feminist hero or an amoral social climber who seduced a king out of a vain desire to be queen. Radvanovsky’s sympathetic performance puts Anne Boleyn in the former camp, and it does so in compelling style.

With a graceful, tragic air, Radvanovsky portrays Queen Anne as a devoted mother to the young Princess Elizabeth, the girl who would grow up to rule Britain. The singer’s hauntingly beautiful voice expresses Anne’s simultaneous fortitude and fear as the young woman comes closer to death. In addition to her haunting singing, Radvanovsky gives a highly physical performance, writhing in pain on stage, pacing in panic, and generally acting the hell out of her role. She is a luminescent talent.

Anna Bolena brings the drama, as no fiction is more horrifying than the true tales of how men have victimized women throughout history. It’s playing at Toronto’s opera house until May 26, and I recommend getting a ticket.