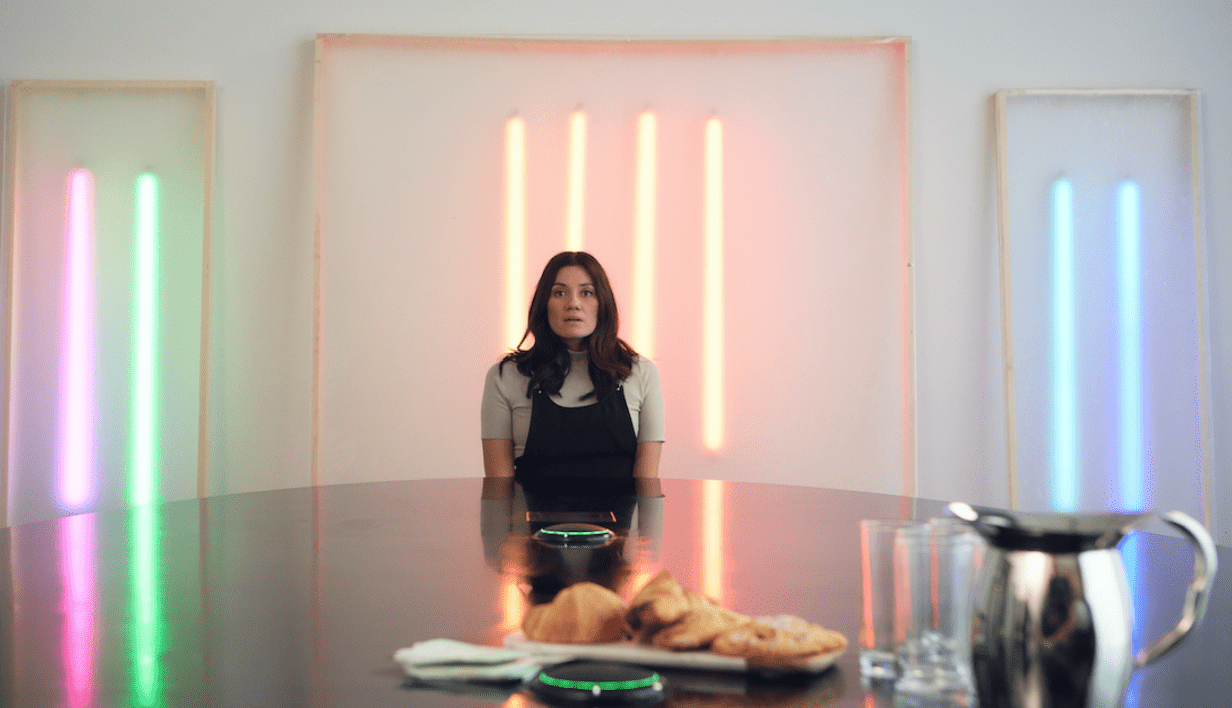 "Writing became my saviour—my daily routine to help keep me sane on those dark days in L.A."
Series

We’d like to reintroduce Ghost BFF. We’ve gushed about our love for the award-winning dark comedic web series before, but with the fresh Canadian Screen Award nominations, and the fact that we’re continuing to live through an incredibly difficult period of time, it felt like a good moment to turn the spotlight back onto this homegrown web series that tackles mental health issues in such thoughtful and interesting ways.

Vanessa Matsui is the writer and creator of Ghost BFF, in which she also stars as Amy, a woman who is battling depression while grieving the loss of her best friend Tara (Kaniehtiio Horn). In Season 1 we learn that Tara has died by suicide and comes back to visit Amy….as a ghost. It sounds like a spooky horror show, and there are definitely moments where you’ll jump, but Ghost BFF is treated very differently than anything else we’ve seen; Tara (even in ghost form) is a source of comfort and remains to be the sharp-witted friend that Amy loved so much.

When Season 2 of Ghost BFF launched, Vanessa and Babe Nation producers accompanied it with a series of conversations about mental health, as a supportive element to the show, and discussed mindfulness, depression, anxiety, boundaries, and self-care. 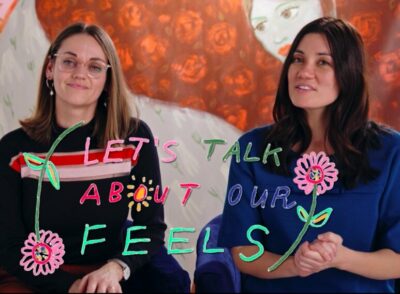 We’ve long admired Vanessa’s creative energy and how she tackles tough subjects in such a refreshing, enthralling and smart way. With COVID raging on, we wanted to reach out and re-engage Vanessa to explore how she’s feeling about mental health today.

Ghost BFF has raised so many important conversations about mental health, what topics really stick out for you? Maybe conversations that you’ve had the most since the series began?

The topic that sticks out the most for me is the topic of suicide. Many people have been touched by suicide in some way. Either as survivors or as someone that lost a loved one to suicide. People have shared with me that the show has helped with it not being the elephant in the room, so I think one of the most important conversations is actually to just have conversations about mental health.

How has this project helped you, when it comes to your own mental health? Be it the writing, the subjects you’ve tackled, or the creative process?

Great question. In many ways, Ghost BFF has saved me mentally. I first began writing it when I was broke, very unemployed, living in LA and a series I was on got pulled by the CW after only two episodes. I was crushed and felt really ghosted by the industry. Writing became my saviour—my daily routine to help keep me sane on those dark days in L.A. I had an interesting experience during the first lockdown where again, I was not acting; I was in a financially scary place, to be honest, I was really ashamed, and I didn’t even know if acting was going to happen again.  I was writing a ton and putting together the final edit of second season and I was like, “huh, maybe acting is my bad boyfriend and writing is actually the good boyfriend who has been there for me during all my really hard times” because writing and doing post was making me insanely happy and it was paying me!

Has pandemic life shifted your thoughts on mental health? Are you thinking about it differently than you did 2 years ago?

Jen, I feel like a completely different person post(ish)-COVID, and my thoughts on most things have shifted including mental health. It’s hard to explain, but a big shift for me has been radical self-love thanks to books like The Body Is Not an Apology by Sonya Renee Taylor, I have not only made peace with my body but radically love myself which in turn has been a massive mental health shift for the positive.

What three pieces of advice would you offer to someone who is really struggling right now with anxiety?

First off, I’m right there with you. My anxiety is at an all-time high, trying to balance working outside the home and childcare, and it is a daily struggle not knowing what bomb is going to drop next. Having said that here are some things that have helped. 1. try to talk to someone trusted about what you are experiencing or feeling. Even if you don’t quite have the words, just start and the words may come. 2. Take a deep breath 5 times. Deep belly breath. 3. Turn off the news/social media. Don’t have that third cup of coffee. 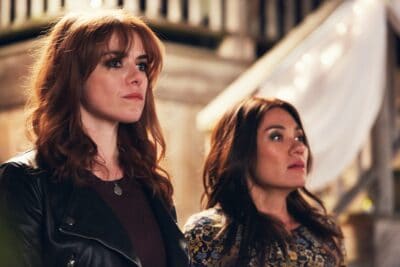 Kaniehtiio Horn and Vanessa Matsui both received a CSA Nomination for Best Lead Performance in a Web Program or Series.

What do the recent CSA nominations mean to you? (Congrats, btw!)

Thank you! I am so incredibly proud of my team. I am so insanely lucky that I get to work with awesome women who elevated this thing to a level that was beyond what I could have hoped it would be. While outside validation doesn’t mean as much to me now as it did pre-Covid, I acknowledge how rare it is for FOUR female performances to be recognized in one show. It’s a huge accomplishment and means a lot to me. I’m also really proud that we’re a bunch of BIPOC ladies in the lead!! Special shoutout to our superstar director Lindsay MacKay who helped me feel so free on set to do whatever insane thing I wanted to try and for it to be possibly humiliating but okay to do.

What does self care look for you these days? Any recent discoveries?

A big ah-ha moment for me was realizing that I didn’t even know what self-care for me would look like because I didn’t really know what made me feel good in isolation.  (Thank you @CoachCarey for your awesome tutorial about discovering your self-care) So it was journaling for a few days asking myself what did I do today that worked for me, what didn’t, what made me feel good, what didn’t. So yeah I learned that, exercise (even alone), reading a ton, fancy shit in my bath, and good food is my jam. I also write 5 gratitudes every day. No matter what. I also took Facebook off my phone and “purged” my Instagram. Anyone’s feed that made me feel bad body-wise, I unfollowed.

"Writing became my saviour—my daily routine to help keep me sane on those dark days in L.A."