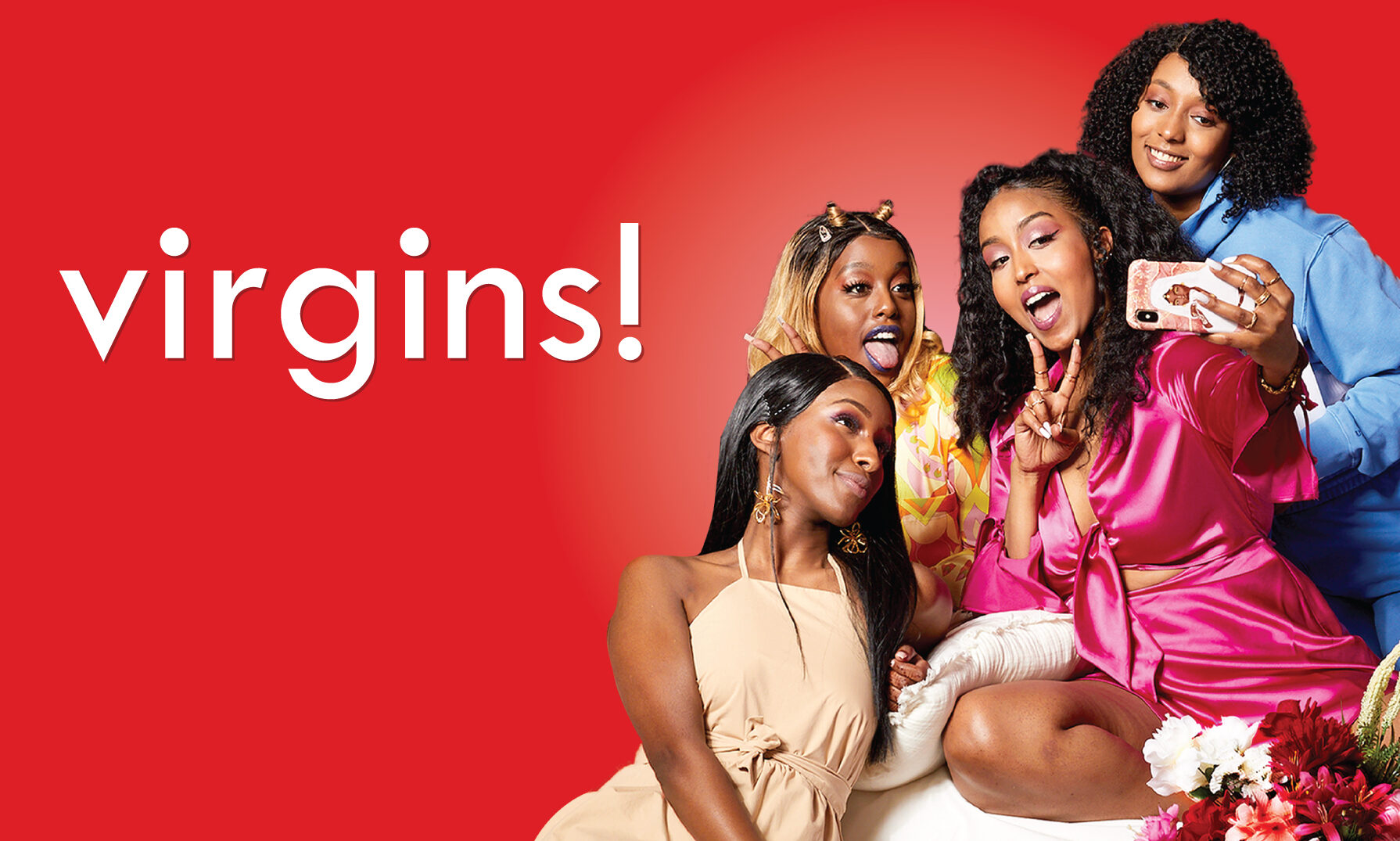 “I didn't identify with what virginity was being displayed as in mainstream media...it definitely made me feel bad growing up.”
Series

Aby, Amina, Delina and Sara are not the usual “virgins” we see in scripted film or television. They aren’t awkward wallflowers terrified to talk to guys, they’re confident and fun and bold—you wish you could be part of their friend group.

These four characters from the new CBC Gem show virgins! are in their early twenties, living in Toronto and navigating all the messiness of young adult life: family and cultural expectations, paying the bills, proving themselves in the early stages of their careers, and of course, sex and relationships.

Creator Aden Abebe shares that virgins! took six years to make. The show started out as a web series before being picked up by CBC Gem. Now that the first season is out, she tells me she’s proud to have written a show that a younger Aden would love to see: with diverse and authentic characters, reflective of her own experiences as an Ethiopian woman born and raised in Toronto, and genuinely portraying characters that are choosing not to have sex.

“I didn’t identify with what virginity was being displayed as in mainstream media,” says Abebe. “It definitely made me feel bad growing up.” 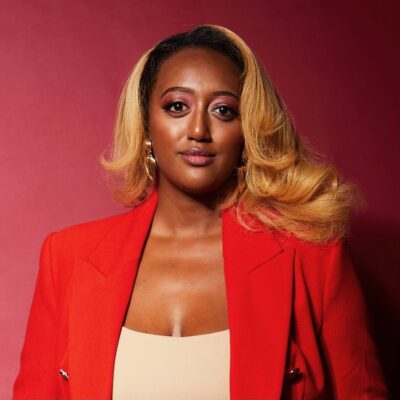 When it comes to sex positive and sexually empowering portrayals of women in TV shows and movies, we’ve come a long way. If you watch some of the biggest blockbusters from 10, 15, or 20 years ago, instances of slut shaming (from both men and other women) are glaringly obvious. But on the other side of the same misogynistic coin is prude shaming—judgment or shame directed at women who haven’t had sex. As Abebe points out, these characters aren’t often portrayed kindly or even authentically.

“It’s always been discussed and showcased from a point of lack. Either this person is repressed in some way or they have daddy issues or mommy issues. Or they’re undesirable.” She’s right—pop culture tends to favour these extreme portrayals of virgins—it’s so rare to see the other multitudes of reasons someone might not be having sex—like asexuality, religious or cultural values, previous sexual assaults or trauma, or the very valid reason of simply not feeling ready or wanting to.

The characters in virgins! are all part of Gen Z, a generation whose attitudes towards sex have largely shifted to be more open-minded, sex positive, and less heteronormative. For many, virginity is mostly a social construct, an antiquated label that can mean different things to different people. There are more conversations focused on consent, safe sex, healthy relationships, and feeling empowered about your sexual choices—even if that means not having sex, which is true for 1 in 3 women aged 18-24.

Still, a lot of these realities aren’t often shown on screen. It’s rare for a TV show to have four main characters in their early twenties who haven’t had sex—and even more rare that the entire show isn’t the characters being obsessed with “losing it”. Even with short, 10-minute episodes, we see that these are well-rounded characters with full lives and personalities that aren’t defined by their choices to not have sex. “I just wanted to show a storyline about these women that portrayed them as I know my peers to be, which is vibrant and intelligent and sexy and interesting and fun and vivacious and nothing like what we’ve ever seen before about virgins,” Abebe says.

Another smart choice Abebe made with virgins! is showing the different perspectives each of the four women have on sex, and why they’re not having it. Much like in real life, their reasons for being a virgin are all different and valid personal choices. Amina, for example, is described as the “Apprehensive-Queer virgin”, while Delina is the “Bride-of-Christ virgin.” “Just because we come from a similar set of family values and cultural values, our personal values and reasons can be diverse as well,” she says. “I really wanted each character to feel like an individual and to have a very distinct journey that they were going on and a distinct opinion on who they are.”

While there are countless examples of on-screen virgins as one-dimensional stereotypes, Abebe mentions Jane the Virgin as an example of a show that tackled virginity in a sensitive, nuanced and comical way. “I really loved how she wasn’t rushed or pressured to have sex and she chose to do it on her own terms. And she also was straddling two cultural spheres.”

This is also a huge theme in virgins!, as the characters are all from East African households (Ethiopian, Eritrean, Sudanese, and Somali) but are also very much rooted in Canadian culture. We see the conflict that arises when values from the two worlds don’t quite align, something Abebe has experienced personally.

“Being someone who was born and raised in this country and of this culture but also was raised in a home with a different set of values and culture—sometimes you feel really isolated, you feel like nobody understands you. There’s this middle space that you live in, these two worlds that you’re straddling.”

Abebe tells me about these moments of joy and relief in her own life when she would meet someone from her own community and form an instant understanding over having to navigate the same tricky middle ground. The result, as we see in virgins!, is an enviably strong and connected friendship group, that Abebe describes as a sisterhood.

Virgins! leaves viewers with lots to think about. There’s a lot we see on screen that we haven’t seen very much of before. Abebe hopes it sparks some conversations about sex, relationships, friendships, culture, and community—and makes people feel seen. “I would love for people to identify and feel this sense of love and community and sisterhood in watching the show.”

“I didn't identify with what virginity was being displayed as in mainstream media...it definitely made me feel bad growing up.”