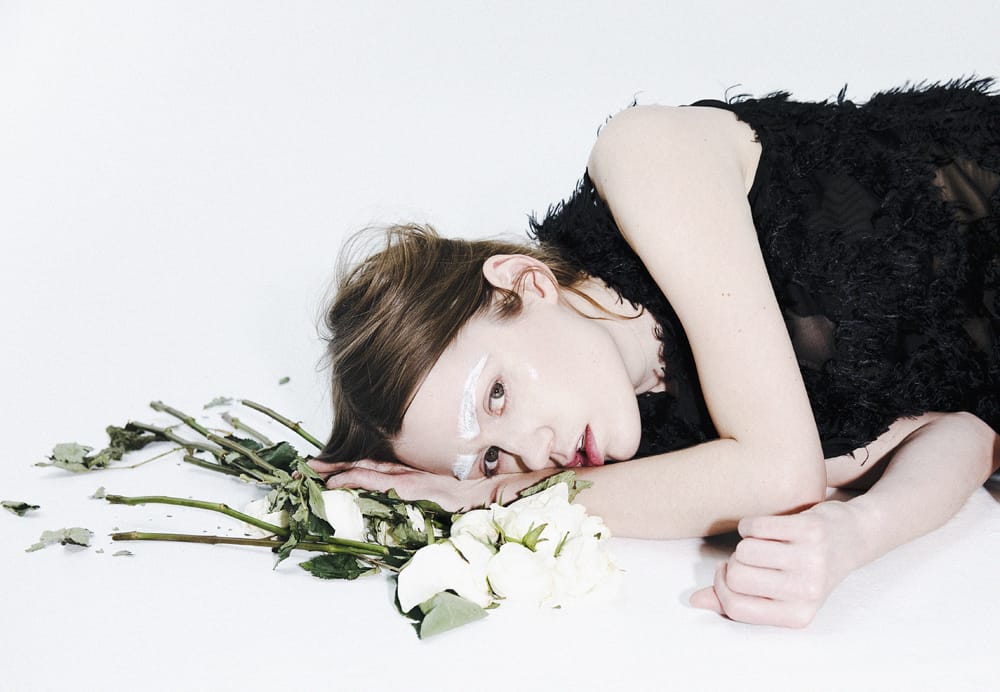 Toronto is a magnet for aspiring young artists hoping to make it in the big smoke. Most days it feels like the 6ix is positively bursting at the seams with young artists, designers, filmmakers, actors and comedians busting their humps to make their dreams come true. She Does The City chatted with some of the most exciting and talented up-and-coming artists living and working in Toronto to find out what inspires them, how they deal with setbacks and what stops them from jacking it all in and getting a normal job.

For this installment, we caught up with singer/songwriter Lou Canon.

Tell us a little bit about yourself. Who are you and what do you do?

My name is Lou. I’m a singer; a songwriter; a musician. The truth is that all of these titles seem so serious. Mostly I consider myself a performer. Last month I released an album — it took a long time to make and I’m thrilled to share it. Suspicious by Lou Canon came out on a wonderful label in Toronto: Paper Bag Records.

It can be tough to forge a career as a recording artist. What has stopped you from quitting and doing something more stable?

Well, I get a little dose of stable when I need it. I teach on the side. I would only put a stop to one career if I became Adele, or the teaching equivalent…Aristotle?

Did you always know you wanted to be a recording artist? What did you want to be when you were a teenager?

Singing and performing was my thing. I did a lot of it as a kid, but I was wildly shy. To say I wanted to become a recording artist, well that didn’t seem like a realistic career goal. At the time it would have been like saying, “I want to become a giraffe.” But then I met my brother-in-law. He was doing this for a living. He showed me a path.

What inspires your work?

Relationships. Incessant thoughts that keep me from sleeping. Unresolved resentment. Subtle beauty. The artistic work of my peers. Silence. Space.

What moment in your career are you most proud of?

I was twice given the opportunity to play at the annual Dream Serenade fundraiser at Massey Hall. Last year I had the honour of performing right after a surprise guest by the name of Gord Downie. I nearly collapsed standing side stage — watching his magic, waiting, staring into a sea of thousands of eyes (that appeared to have won the lottery of their dreams).

I’ve never been so anxious in my life. No joke. Then they all took their seats again, and I felt electric. I sang my little heart out. I’m so grateful to have been a part of such a special event, to share the stage with so many spectacular musicians, to sing to an audience full of genuinely caring humans.

How do you deal with career setbacks?

The correct answer to this would be something motivational, or something about perseverance. The true answer usually involves negronis and sleep.

What piece of career advice has stuck with you?

Someone once told me to open my eyes and let the audience in while I sing. I’m trying to do that more. And when I do, I think we communicate on a completely different level.

What advice do you have for an aspiring musician or recording artist?

Do things yourself. Get your hands dirty. Get really comfortable saying no.

What do you hope to achieve in your career in 2017?

With Suspicious released into the world, I am pushing forward, brimming with creative juices, poised for a new killer album. Watch out! 😉