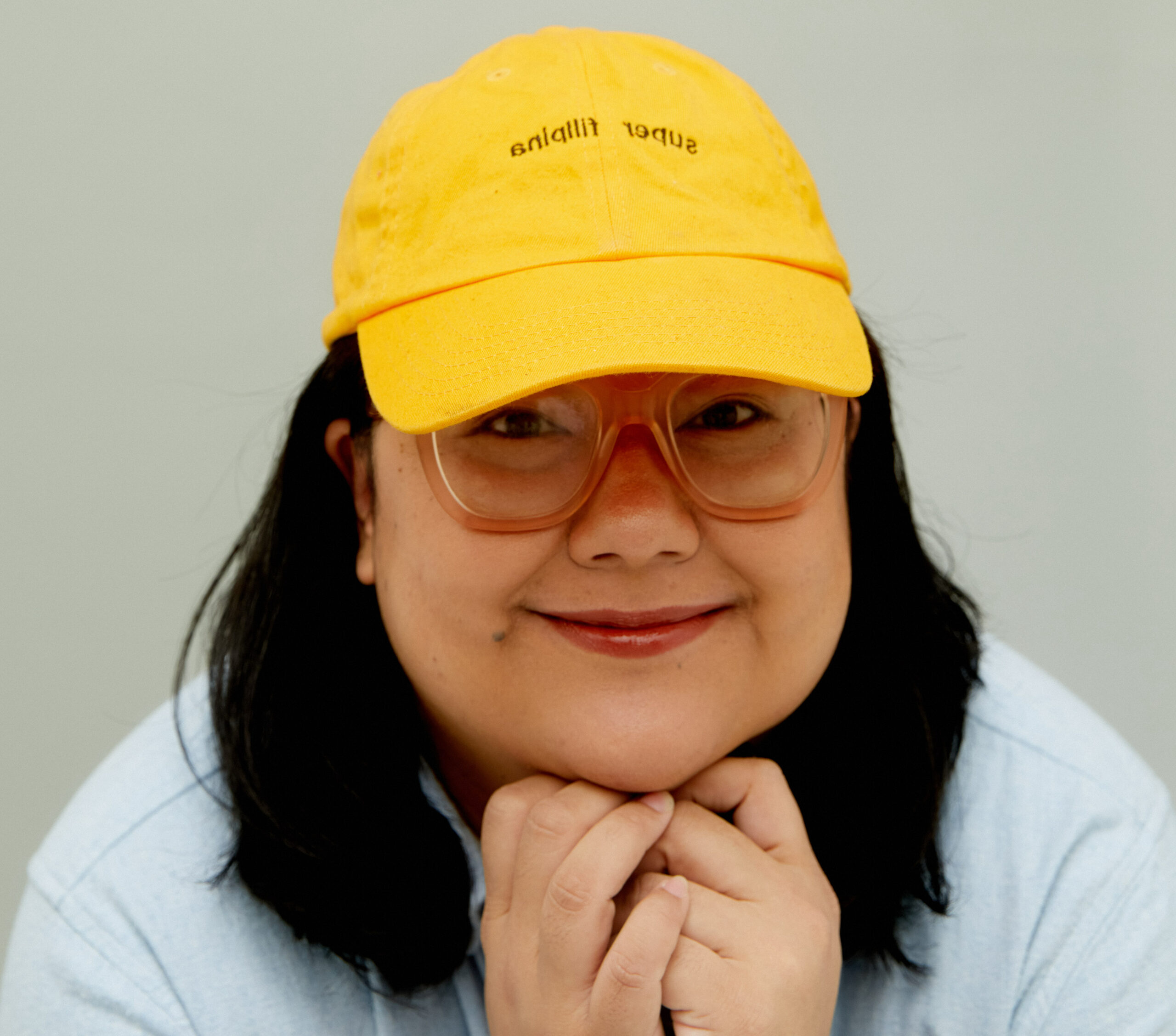 "Representation has been so shallow for so long. I’ve started to feel impatient, and I can’t wait for people to understand where I come from anymore, so I’ll just tell the story myself, hence this show."
Performing Arts

Alia is also part of Tita Collective, a group of Toronto-based artists telling stories of the Filipinx diaspora. Much of her work in the group is focused on bringing diverse perspectives to the stage—while also cracking people up. The mission with Moro Girl is similar, but more personal —the show will share lots of funny childhood and family stories, inform audiences about Moro culture, and also address Alia’s struggle with identity into her thirties.

We asked Alia about her unique childhood, her comedic inspirations, what you can expect from Moro Girl, and more.

I’m sure a lot of thought goes into naming a show, and you’ve named your solo show MORO GIRL. Can you share with us why that was important to you? Why did you land on that as the title?

My main goal for creating this piece is that people learn who Moro people are, that we exist. I think now that the conversation on representation has progressed, I think it’s important to continually push the needle on the intersectionality of the Filipinx identity. During the pandemic, I had a lot of time to reconnect with my parents and ask them about their stories, and our people’s stories. It was really eye-opening to me how much stuff there was, and how much it actually mattered to me, I just hadn’t thought to ask. This is me building on that and sharing what I’ve learned over the last two years. Three years ago I created a show called Tita Jokes with the Tita Collective, when we started no one really knew what Tita meant, and we’d get asked all the time. Today, people know what it is. That’s what I’m hoping for with the word “Moro”, to normalize it.

In your comedy show, you delve into exploring your identity as a thirty-something woman. When you were 10, who did you think you were? What about when you were 20, as compared to now?

When I was 10, I wanted to be a martial artist because I was obsessed with Jackie Chan. When I was 20, I was struggling as an international student living in Montreal and constantly homesick (and way too cold), on a trajectory to working in a corporation with a cubicle (which I did for a few years after graduation). There was NO WAY I could ever imagine that I would end up being a comedian, let alone create a show like this. I think the younger versions of me would think that was pretty cool.

You are half Muslim and half Christian and growing up, you attended Sunday school. What was that like for you? If you had to describe that experience in a few brief sentences, what would you say?

It was weird, it felt a little bit like walking on eggshells all the time. I feel like I became really good at assimilating, and got used to feeling like an outsider looking in. I tried not to stick out too much, and not offer too much information that would open up a can of worms. I didn’t want to be judged and I didn’t want my family to be judged. It just meant I never got a chance to be my full self anywhere except with my family. I think my family just sort of hung out with each other, our safe little hub. Internally, I was always reconciling both identities, which got exhausting. I escaped through painting, reading books and watching movies. 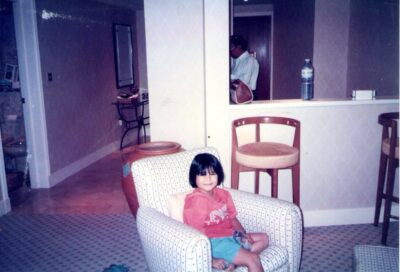 What comedians or storytellers have inspired you?

Ahhh so many, I love all sorts of comedy and there’s a long list of comedians that inspire me, top on the list right now are Jordan Peele and Donald Glover, who are so multi-faceted and such amazing storytellers across different media. For this show, Hanna Gadsby for sure. Eddie Izzard. Storytellers who take really tough truths and make them accessible and funny, without stripping them of their meaning. I can feel that they want to make storytelling that serves, that teaches so that it can be useful to folks. I love that. And Jackie Chan always.

What does the word “representation” mean to you these days?

Authenticity. I am so tired of representation in broad strokes, let’s get to the truth and history behind why things are the way they are. Representation has been so shallow for so long. I’ve started to feel impatient, and I can’t wait for people to understand where I come from anymore, so I’ll just tell the story myself, hence this show.

Can you share with us a little of what to expect at your show?

The show is like ⅔ funny stories about my childhood, especially the times when my identities trip over each other and the last ⅓, which is sort of the point of it all, is a quick TED talk on Moro people. The childhood stories are prerequisite information where I try to convince you that I am not the best representation of a Moro person, but I’m often the only one in the room, especially in Canada…so if I don’t do it, who will? I’m not trying to be a token, I’m trying to push past the fear of being judged and am looking to make space for the history of where I came from. 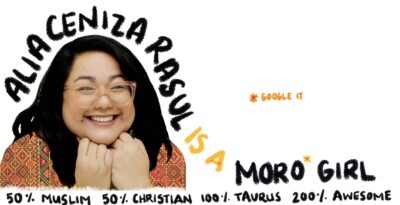 What do you love most about Fringe?

A lot of the shows that are made and presented are made without the pressures from institutions and the mainstream, so you really get all sorts of stories, which is amazing. The camaraderie of everyone putting up a show together is great, I’m so excited to be back live again, and I’m excited to hang out at the Fringe tent.

Lastly — your show aside, what are you looking forward to doing this summer?

I plan to take August off and just explore so many parts of Toronto that I haven’t been able to in the last few years. There’s so much cool art stuff happening in Toronto all the time, my new favourite thing in Toronto is how much Filipino brunch is happening. It’s a great thing to look forward to on weekends: BB’s Diner in Parkdale (sometimes they serve Moro food which is so cool) and Kanto by Tita Flips in the Junction does an all-you-can-eat brunch buffet. There’s NOTHING more Filipino than an all-you-can-eat brunch.

"Representation has been so shallow for so long. I’ve started to feel impatient, and I can’t wait for people to understand where I come from anymore, so I’ll just tell the story myself, hence this show."