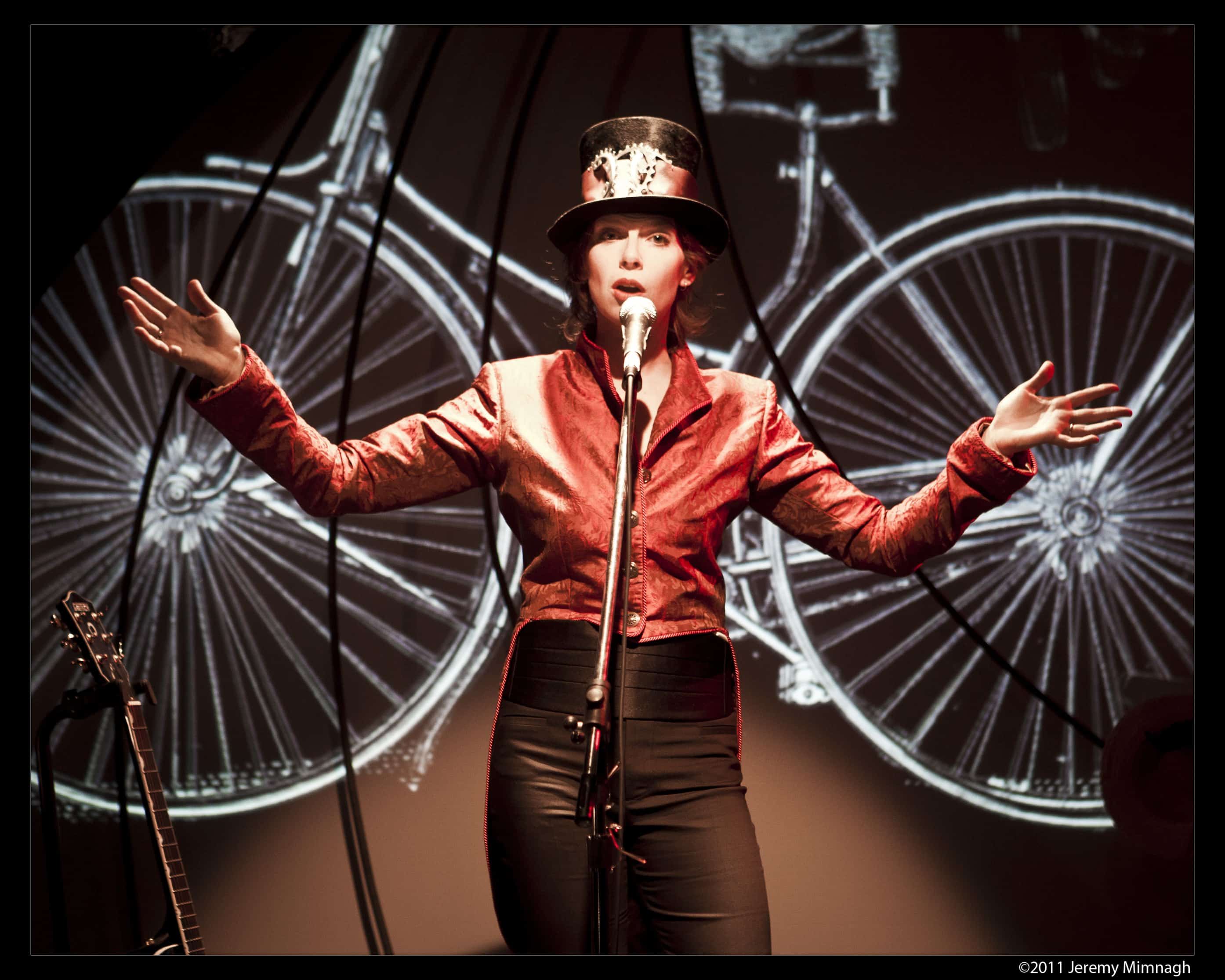 CONTEST: Win a Pair of Tickets to “SPIN,” Coming to the St. Lawrence Centre on May 8. This Is an Experience Unlike Any Other!

SPIN is coming to the St. Lawrence Centre on May 8, and we want to send you! Trust us when we say that this is an experience unlike any other!

Starring the Bicycle, as muse, musical instrument, and agent of social change, SPIN is inspired by the true story of Annie Londonderry, the first woman to ride around the world on a bicycle in 1894. Through a series of songs played live on a vintage bicycle (by percussionist Brad Hart), award-winning Toronto theatre artist and songwriter Evalyn Parry takes the audience on a musical and theatrical journey about cycling and women’s liberation while spinning a web of stories that span nineteenth-century emancipation all the way to twenty-first-century consumer culture.

We think Toronto Star described it best when they said SPIN is “part theatre, part musical gig, part spoken-word poetry, and part documentary. Whatever it is, it is brilliant.” WE’RE SOLD.

If you want a captivating history lesson along with a stunning musical performance, co-starring a vintage bicycle suspended on stage in a mechanic’s stand and connected to fenders, spokes, and bells (need we go on?), you’ll be blown away by this one-of-a-kind multimedia performance. Get tickets before they’re gone!

We want to send you and a friend to SPIN on May 8 at Jane Mallett Theatre at St. Lawrence Centre.

You have THREE ways to enter:

Twitter: Tweet “Yes @shedoesthecity, I want to be captivated by this one-of-a-kind spectacle @StLawrenceCtrTo. Please pick me! #SPIN”

CONTEST: Enter to win a chance to see ‘Yes Day’ ahead of its release on Netflix!

CONTEST: We want to send you to the virtual screening of ‘Land’, directed by and starring Robin Wright

Firefly Lane inspired us to partner with 10 local women-owned businesses for a Galentine’s Day contest and live IG chat!

CONTEST: We want you to be the first to see ‘To All the Boys: Always and Forever’!