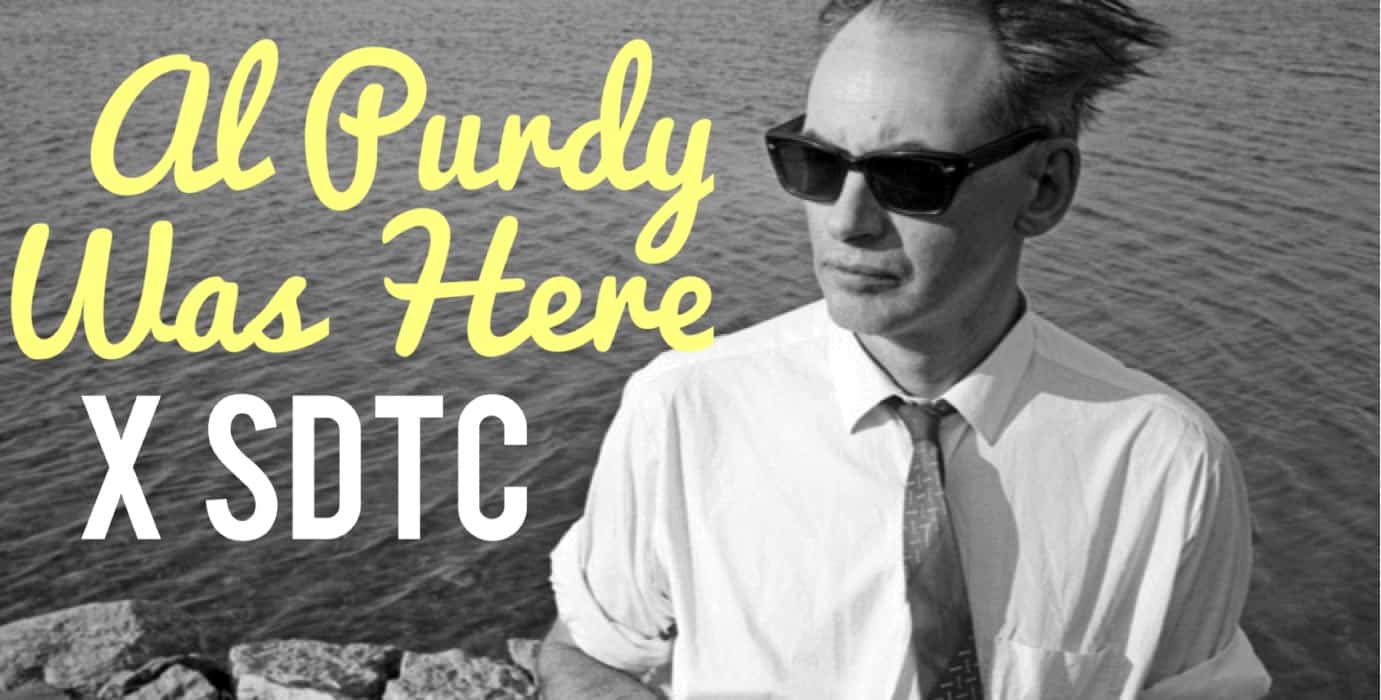 For those who aren’t familiar, Al Purdy is a literary legend in Canadian poetry. Before it was even considered a category, Purdy was in the forefront of free-verse with an extensive collection of books, poems, novels and memoirs to influence generations to come. Fifteen years after his death, the unofficial poet laureate is fondly remembered in Al Purdy Was Here, a cinematic and musical production by Brian D. Johnson at Bloor Hot Docs Cinema.

Like so many literary legends, Al Purdy’s legacy began with adversity. A high school drop out at the age of seventeen, the poet served in the Royal Canadian Air Force in WWII, later travelling across the country to establish himself as a poet after years of bad verse. It was in Ontario’s beautiful Prince Edward County in 1957 when the “Poet of the Land” and his wife built an A-Frame; a refuge for Canadian literary types like Margaret Lawrence, Margaret Atwood and Michael Ondaatje. It’s in this beloved cabin where like-minded creative, literary icons and aspiring writers started a movement unlike anything before it; a cultural community.

She Does The City is BEYOND excited to give away two FREE tickets to Al Purdy Was Here for a limited screening at Bloor Hot Docs Cinema (December 4th & 5th as well as December 8th & 9th).