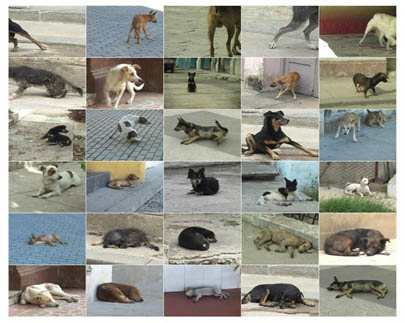 DAY ONE OF SCOTIABANK CONTACT PHOTOGRAPHY FESTIVAL, AND WE'RE ALREADY COLLIDING WITH ANYONE AND EVERYONE

I left the house at 7:30 on an ambitious west end gallery hop to catch as many openings as I could. By 2AM I had hit up five openings, three bars, and two restaurants, run into twenty odd friends and guzzled… well… far too much vodka.

Stop 1 – Lakeview Restaurant; electrifying signage and a strawberry shake
As families and hot couples mowed down on burgers and slurped their shakes, I loomed over their booth to check out the bright coloured, wide angled photography of Adam Shax, featuring Toronto landmarks like Sam The Record Man, The Velvet Underground, Igor’s bike thief headquarters and Lula Lounge. The traditional diner setting provided the perfect back drop for the impressively illuminated work. Forget Vegas, Shax makes our street signage beam with wonder; lit up like the most trippy of whacked-out carnivals – stepping into these frames is definitely a ride through a funhouse.

Heading south, I grabbed my husband and ran into leggy writer Sarah Nicole Prickett, who was bound for fashion designer Ashley Rowe’s party at the Biddell space. Celebrating the launch of her splattered t-shirts, muse Prickett wasn’t clad in the shirt that Rowe had modeled after her, but a muse has to embody inspiration, not idea. Although tempted to join the keg stands (yes, that was in full force), our objective of the eve was photography – and we had to move fast to hit everything by 10PM.

Stop 2 – Angell Gallery; a close-up look at homelessness
At Angell Gallery, Andree Gagne’s photographs of the homeless were disturbing. The familiar big city image of people huddled under sheets or cocooned in sleeping bags above subway vents looks very different when zoomed in on and mounted on a gallery wall. The subjects look like they are dead, and the work certainly makes one consider how we stomp past this scene constantly, Starbucks in hand, Blackberry buzzing – and just accept it as city life, veering around the human bodies as if skirting trash on the street. Gagne’s provocative work will stick with us.

Stop 3 – Olga Korper Gallery; dogs on display
A quick hello to artist Ilene de Sova and we were off to catch the Los Sonadores at Olga Korper gallery. Have you been? This is such a cool space, tucked away off Morrow Avenue (Dundas and Soraruen.) Arched like an enormous barn with tin ceilings and majestic steel doors that lead to a docile courtyard, we were contemplating it as a wedding venue. Korper also lives here, and during openings guests are welcome to wander her living room and grab a glass of vino from the kitchen. On display for Contact are Stan Denniston’s dogs. These dogs are from Cuba – strays scratching flees, beating the heat and sleeping in doorways and dealing with mangled paws. For animal lovers, it’s not the easiest exhibit to stomach. They all look sad. I wouldn’t want to decorate my living room with stray mutts but maybe you do.

While there, we bumped into a dude that we had festively sung karaoke with two weeks prior at the Portuguese bar Ports. Beyond a wicked songbook, they also boast the biggest kebab in Toronto – 18 inches of pure beef.

Stop 4 – Gladstone Hotel; where emerging photographers find their voice
Back in the cab – we whirled down to the Gladstone to meet up with wit master Shinan Govani and Holt Renfrew’s dashing Jennifer Daubney. Definitely my favourite show of the night – each room on the second floor featured photographs by Ryerson students and it was obvious that all were desperately trying to find their particular aesthetic. Of course there were hairy penises and vaginas, stills of silent pools, close-ups on facial acne and women clad in lingerie lying on dark wet pavement. Perhaps as interesting as the work on display, was all the bold fashion statements and body movement of the nervous, but excited, student photographers.

Wandering east on Queen, we heard Raymi the Minx scream our name and stopped long enough to chat about the benefits of being newly blonde.

Hitting up Bohmer for a tall glass of coke we waved at famed Toronto photographer George Whiteside, who we assumed was enjoying a post opening drink. We had hoped to make it to the One800 Gallery opening earlier in the eve, but our route was already maxed.

Walking north on Ossington, the Ashley Rowe bash was pouring out onto the street. Pink Mafia Don Anna Von Frances was hanging in the gutter, Chasse Gardee owner Daniela Bosco complimented our white nurse shoes ($4 at a Goderich flea market!), and well heeled girls smoked against parking meters, ogling one another’s style…it does get tiresome.

The night capped off with whirlwind drinks at new club Our House. Blaring Notorious B.I.G – this place seemed to be a catch-all for every member of your dysfunctional family. We enjoyed the banana and nutella sammy – kissed-kissed Society’s Ashleigh Dempster and whipped around the corner to Camp 4 – also just opening its doors.

Packed with media types and band dudes, Camp 4 might just be our base camp for summer boozing.

What a journey, where will CONTACT take you tonight?

Oh, and tonight I will take better photos. Had I done that from the get go – this post would have been far more entertaining.