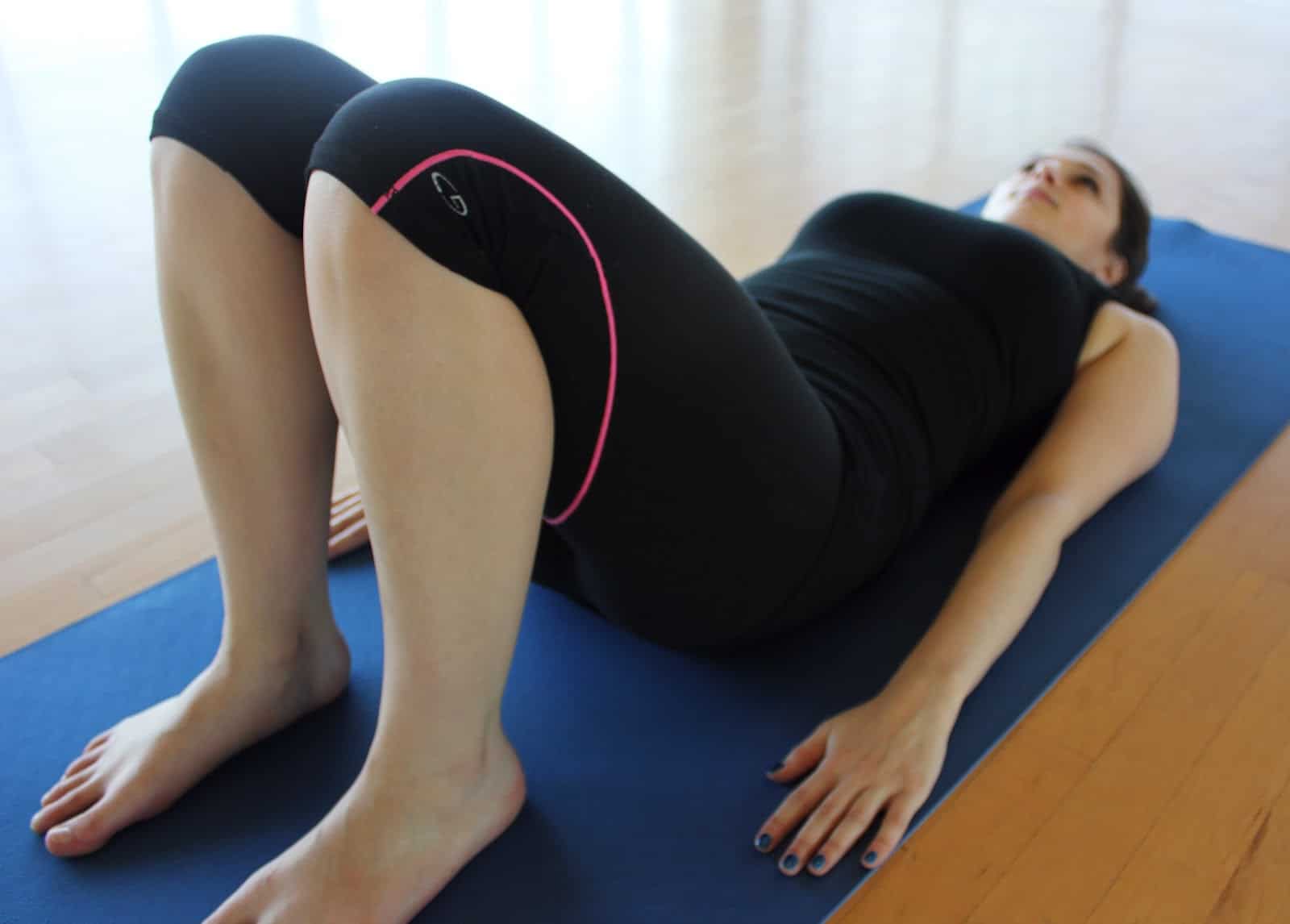 Yoga has always been an activity that I have tried to will myself to enjoy, like vintage shopping and drinking scotch.

Everyone and their mother seem to have no problems sporting tight Lulus and namaste-ing, while I worry about UTI’s brought on by unbreakable spandex and the ramifications of cultural appropriation.

Surprise, surprise, I’m uptight. And all my dear friends seem to have no problem letting me know.

“I know you get really stressed out;” one said, sweetly. “I think yoga would be good for you.” I immediately rolled my eyes and torched our homemade friendship bracelets. Clearly she’s dead to me.

Maybe I just needed to calm down or maybe it was the fumes from the now melted gimp bracelet, but I thought about my friend’s advice. Or more like, I thought it would be great to prove her wrong. So now I’m uptight and petty. But really, taking a week-long challenge of yoga couldn’t actually hurt (unless being bored to death has become a literal danger). Thus, I begin a diary for my adventure in yoga.

Monday:
Of course I hit snooze a million times and started my day in a panic. Rummaging through my dark closet I realized that I threw out all my yoga clothes and so had to dress myself in attire that is basically my back-up pajamas. I grabbed my yoga mat (yes, even the girl that hates yoga has a mat so it’s official, everyone owns one of these things!) and headed out the door.

My biggest dread heading into the studio was akin to the first day of school: what will all the cool kids be wearing? Everyone’s going to be better at this than me. Thankfully, as I walked through the studio to find a place for my mat, the mix of folks looked more like an intro to Computer Studies at DeVry college than a novice yoga group. Phew. Me and my second-string pajamas will fit in just fine.

The instructor was really good. There was a good mix of poses with varying degrees of strength and agility required. We spent a good amount of time focusing on breathing patterns between nostrils. After this, me and my deviated septum no longer sounded like Police Chief Wiggum.

By the end of class, I could sit cross-legged again (a pesky hip injury eased) and my left heel no longer ached from my tight Achilles. Clearly I’m in rough shape.

Tuesday:
I really think that this whole yoga experience depends on the teacher. I don’t know if this was a meditation-type class but it was a pretty uneventful hour. Like when the substitute puts on a film and you fail to see how watching The Outsiders has anything to do with grade eight science.

The first twenty minutes were spent in what I like to call “nap pose”. Maybe I am supposed to be spending this time trying to separate my mind from my worldly body (or other such themes from the film 80’s film Ghost Dad) but after minute eight, my mind began entertaining itself with imagined plots for Brooklyn Nine-Nine. Any television producers out there want a 30-page spec script where Detectives Peralta and Santiago go undercover as corn sellers at a local farmer’s market to bust a grow-op?

Anyways, a long lie down followed by four free-form-like Sun Salutations is not enough for me. Hopefully tomorrow will be better.

Wednesday:
On my way to class I ran into a good friend, Alex. I told her why I was carrying a yoga mat (as if it needed explaining) and she was instantly excited, telling me that yoga is the only thing she does for exercise. And this is where I think life is unfair. I normally go to the gym and sweat away 400-600 calories per day and I never look as good as Alex, who is always svelte and gorgeous.

The yoga class was finally fantastic! Another plus: super cute Jason-Biggs-look-a-like instructor. The class followed a great structure, moving from a warm-up, to more challenging poses in repetition, followed by a cool-down and brief meditation. Each pose was presented with options for increased difficulty. And the instructor, who (for these purposes) I will call “my boyfriend”, was so present and generous with the class while making jokes and keeping it light and friendly. Clearly, my boyfriend always knows just what to say.

Thursday:
I wasn’t going to go to yoga today. I woke up feeling really sick and my schedule was packed with chores and work. But by noon, I was actually missing yoga. Don’t tell anyone I know! I longed to be with other people for an hour, to spend the time dedicated to the focus of the poses. Who have I become?!

A late afternoon meeting got cancelled, and I immediately looked up the next yoga class: 5:30 p.m. Restorative Yoga. That’s exactly what I need. Some restoration.

I raced to make it to class and then spent the next hour in a calm heaven of gentle yet deep poses which calmed the mind, settled my breathing, and stretched into all the right problem areas. I still cannot utter namaste when the class is over, but I was so satisfied by going. Again, don’t tell anyone I know – I basically have to change my entire identity.

Friday:
You know, I was feeling pretty tired today but the thought of heading to class really got me out of bed. Maybe it’s just my obedient streak, but the thought of skipping or being late for class is a pretty good incentive to not hit snooze for two hours.

The instructor today was the perfect blend of rigor and generosity. She brought a flow to the class, starting off simply in each pose and then with repetition, increasing the difficulty. By the end of the class, my pesky hip was feeling wide open and my mind felt focused for the day.
Leaving class, I felt grounded and was actually noticing my feet planting on the floor with each step. The noticing was a real actualization for this week, and a very good note on which to end. For me, the yoga classes have become a space for focusing inwards and, quite frankly, I don’t always give myself the permission to do that. So while I am no Downward-Dog-Die-Hard, I do have a little space in my heart carved out for some yoga.

But again, don’t tell anyone I know! I’ll never live it down.