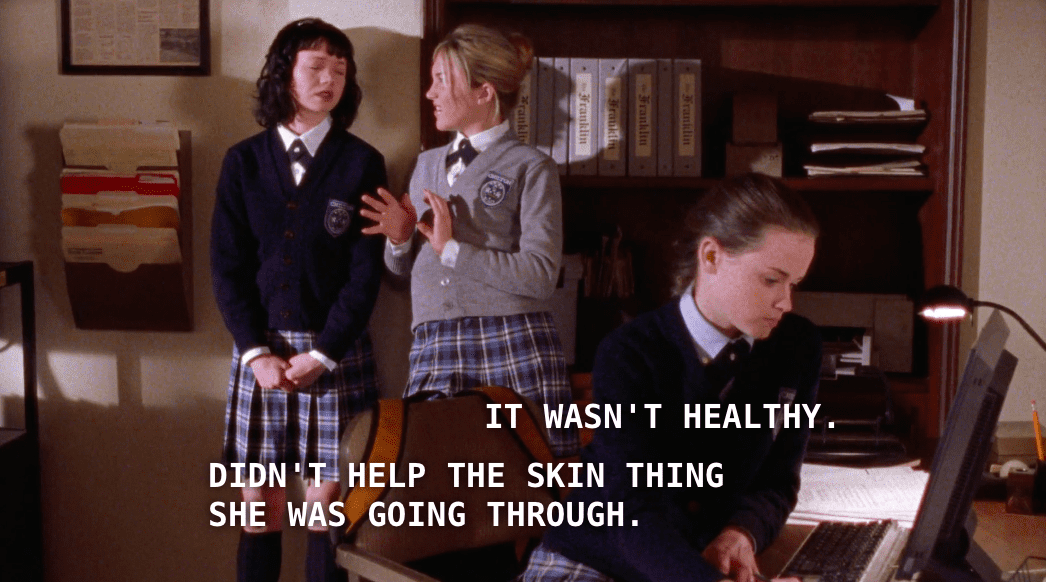 ECZEMA IS RUINING MY (SUPERFICIAL) LIFE

My skin has turned me into a hermit. Considering I’ve been mostly working from home, there’s been no pressing reason to leave the house anyway. But that’s beside the point. With the exception of buying groceries and running other mundane errands, I haven’t left my house in a while.

For as long as I can remember, I’ve had eczema, the chronic skin inflammation condition. Growing up, I loved the month of April – the month of my annual dance recitals. I loved dressing up and performing on stage and becoming someone else, someone glamorous and self-confident. But the first time I brushed blue eyeshadow across my lids, it turned against me, and the thin skin around my lids peeled and burned. For years afterwards, I watched the other ballerinas “get dolled up” before the curtain rose, while I stood next to them, bare-lidded, feeling extraordinarily plain.

Throughout my adolescence, my skin continued to bother me – a bubble bath-induced rash here, cold-wind exposure there – but nothing too terrible. I never had acne, so things could have been a lot worse.

Three years ago, I was diagnosed with Celiac disease. No big deal for the most part – I just have to be *hella* careful not to eat gluten. But when I do accidentally ingest it, there’s an immediate reaction: my eczema worsens, but then clears up within a few days. So I didn’t think twice about it last spring when an eczema rash broke out on my neck and forearms. But here’s the thing: It didn’t go away. It’s been months and if anything, it’s gotten worse.

Here I am, on day five of wearing the same pair of sweatpants because they’re loose-fitting and won’t irritate my rash-burdened legs. Another plus: they prevent me from scratching too often. My eyelids, neck, upper body, elbows, forearms, thighs and shins are covered in itchy, red blotches. I’ve tried everything. No doctor, dermatologist, cream, oil, online forum, ice pack, altered laundry detergent, probiotic or other alleged remedy has helped.

I’ve racked my brain for ways to fix this. I wear makeup in part to feel confident, but I can’t wear it when my face is irritated. So my self-esteem takes another blow. Talk about a double whammy. It’s the same with exercising. I work out to be fit and help me feel good about myself, but cardio makes me sweat, and sweat wreaks havoc on my eczema. Boom! I’m stuck in a vicious circle. I mean, how can I “feel comfortable in my own skin” when my skin itself is distressing every other part of me?

At first, I tried to ignore it. After all, it’s just skin. Eczema scars often result in loss of pigmentation, which currently splatter my forearms in blotches reminiscent of a Rorschach test. Leave it to one idiot friend-of-a-friend to make a Michael Jackson joke and swiftly turn my scars from physical to mental. I cancelled lunch dates with friends, because I didn’t want an hour of eye (and skin around the eye) contact. I postponed a tattoo appointment, because I didn’t want the artist to see my blotchy shoulder blades up close and personal. Even my boyfriend, reaching out to touch one of the most irritated spots, saying sympathetically, “That looks so painful,” caused me to snap. I could feel my cheeks blush as red as my forearm.

I run a recipe blog called Vegan Girlfriend with two of my best friends. Last month we filmed our first how-to cooking video. In the days leading up to it, I smothered myself in every natural oil and prescription cream I could get my hands on, but nothing seemed to do the trick. Anxious and upset, I broke down in tears, which (surprise, surprise) caused the already irritated skin around my eyes to become even more inflamed.

Anxiety also makes eczema worse (again, vicious circle). I woke up the morning of the shoot with a rash on my chin as well. I swallowed my pride and shot the video, after resorting to a couple of mimosas to act as a confident-booster.

It turns out there’s a term for the connection between the skin and the mind: psychodermatology. Basically, it means my eczema is causing me to stress the fuck out and overreact about almost everything.

I’m sick and tired of letting something that’s both superficial and out of my control dictate my self-esteem. It’s exhausting. I’m exhausted. Maybe I just needed to reach a breaking point to pull myself out of this itch-induced slump, and this is it. So first in the morning, I’m going for a run. And if my sweat makes my eczema worse, well that’s just too damn bad.  ¯\_(ツ)_/¯