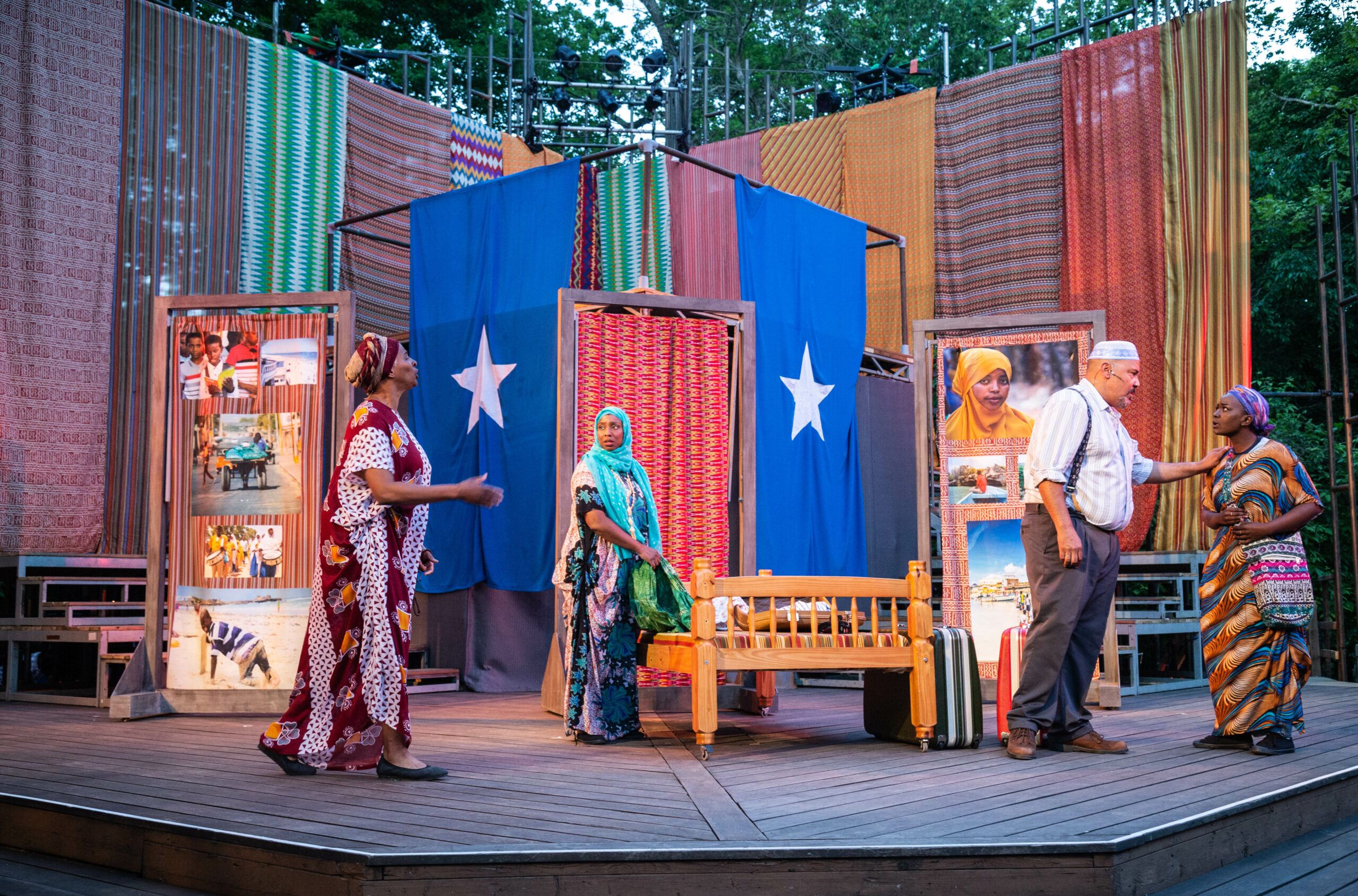 "We don’t get a lot of stories from the vantage point of the communities that come to Canada for escape, and what it means to figure out their identity in a new country."
Performing Arts

Over the past two years, Fatuma Adar has pushed Canadian theatre in groundbreaking directions. As the Creative Producer at Obsidian Theatre in 2020, she was integral to the success of 21 Black Futures. This past winter, she wowed critics and audiences with her one-woman show She’s Not Special, exploring the pressures of Black excellence with humour. Tonight, her musical Dixon Road, is currently showing as part of Canadian Stage’s Dream in High Park.

Based on Fatuma’s father’s real life, Dixon Road follows a Somali family’s journey to Toronto’s Dixon Road community in 1991. “My dad came to Toronto in the late 80s and the first place he settled was Dixon Road. He always likes to say that he was the one who somewhat started Dixon Road,” she laughs, but explains that the way that Somalis often get to new countries starts with one person. ”We all flock to that person, and that becomes its own little community.” In Toronto, her dad was that person who drew more and more people to Dixon Road. 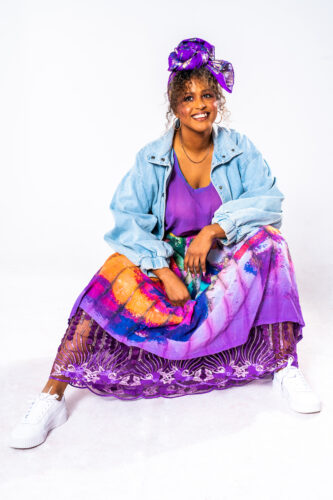 Fatuma has loved musicals since she was child, but she never saw anything that showed a family like hers. It was around 2016, or when Hamilton reached global fever pitch, that she  discovered In The Heights, by Lin-Manuel Miranda, about a Dominican American community in Washington Heights, NYC. “It was just about his neighbourhood, his block, and I was like ‘Oh, I didn’t realize you could tell musicals about families like yours.’” Taking a leap in her writing, she began to dream up a musical about a Somali family—a family like hers.

“We don’t get a lot of stories from the vantage point of the communities that come to Canada for escape, and what it means to figure out their identity in a new country,” says Adar. “Canada is obviously a very diasporic country, and as much as that legacy of immigration is true, you never really get to see struggles and the joys of trying to build a community here, especially when you are caught between two worlds. I’m excited for people to come out and experience music that is different to the musicals you’ve seen before.”

As a teaser, the Musical Stage Company released a video of the song “Find Me”. Watching it gave us shivers—the lyrics are powerful, and the music is invigorating. She’s been one to watch for a while, but it feels like Fatuma is on the cusp of yet another major career breakthrough.

After two years of virtual events, Fatuma is elated that Dixon Road will be presented to a live audience, and to do so at the High Park amphitheater, under the trees and stars, is magical. “To bring people back after a long time of not being able to go to the theatre and have them be able to see a show like this is great,” she says. “Now there’s a whole community of diaspora folks who can come and see a show like this and it’s mind blowing.”

Every performance of Dixon Road will be complemented by pre-show participatory experiences offering audiences the opportunity to learn about and immerse themselves in Somali culture and heritage through music, dance, and art and craft.

"We don’t get a lot of stories from the vantage point of the communities that come to Canada for escape, and what it means to figure out their identity in a new country."