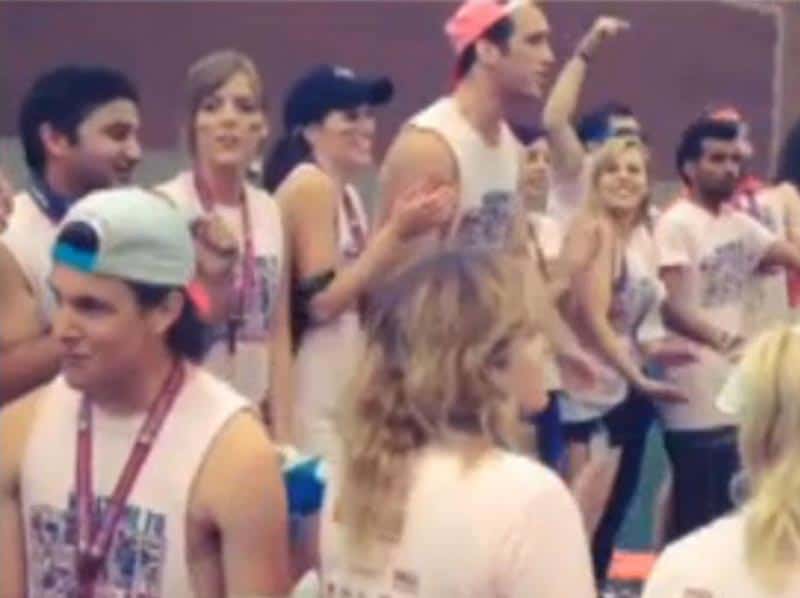 Feeding rape culture: The implications of the frosh week chants at UBC and SMU

Those are the words of a chant that was reportedly sung during a frosh week for the University of British Columbia’s Sauder School of Business. The most shocking thing about this story was that it came just days after news of almost the exact same chant being used during the St. Mary’s University frosh week events. It was bad enough to hear about this happening at one university, but to find out that the same sort of chant was being sung on the opposite side of the country made me wonder just how many other schools and students might be spouting off this kind of pro-rape stupidity and simply haven’t been caught yet.

It’s times like this that I almost want to give up the fight against sexism and rape culture, because when it is this rampant, it seems inevitable that the voices fighting against sexual violence will be drowned out. But at the same time, a story like this re-ignites my passion against rape culture and also easily proves that our society is so far from equal it’s almost laughable. The worst part of this story is that many of the people involved still genuinely don’t understand why the chant is a problem. Apparently years of public awareness campaigns with slogans like “No Means No” and efforts to educate young people about the meaning of true consent (hint: get an enthusiastic “Yes!” before proceeding) just weren’t enough for students at UBC and St. Mary’s.

After all, as Jared Perry, the president of SMU’s student association, said, “We didn’t see the message.” Yep, apparently these students just don’t get how the words “no consent” translate to rape. And that is exactly why we are still living in a rape culture. Because when people can’t understand the simplest concepts about sex, consent, and rape, and moreover, when they treat rape as if it is little more than a joke, the cycle of sexual violence will be repeated over and over.

Several news outlets reported that both schools have been using these chants for years, and that students who previously voiced their concerns were brushed aside. It’s only now, thanks to the power of viral video, that anyone is being held accountable (and even that is questionable, considering that there has been no news of the frosh leaders facing any kind of disciplinary action).
What this all comes down to is the fact that no matter how innocuous some people may think this chant is, it’s the kind of thing that makes people think rape is okay. Every time someone laughs about “hooking up” with a girl who’s too drunk to know what’s going on, or a group of students chants about not needing consent, what they are really saying is that rape is okay.

So maybe we need to change the message we’re sending from “No means no and yes means yes” to something that these freshmen can understand: No consent means rape. And if you “have sex” with someone who hasn’t given you their consent, you are a rapist. Words have an impact, and rape culture is real—it’s as simple as that.