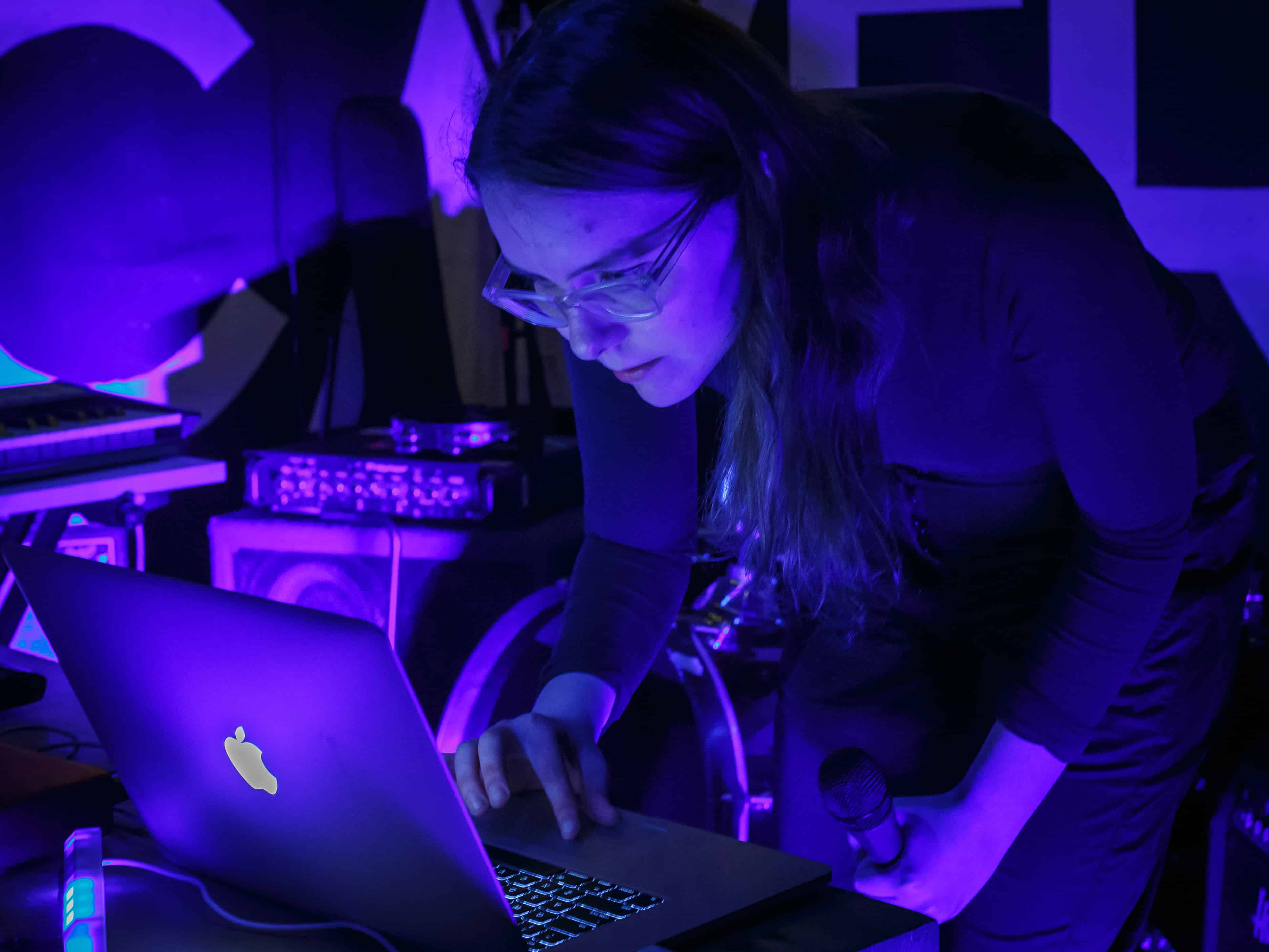 Only six per cent of female musicians produce and engineer their own sounds.

Bénédicte, a 20-year-old Toronto-based producer, has already experienced the rampant sexism in the music industry. It’s an industry that balks at a woman who doesn’t need help from a guy to set up her equipment, engineer her own sounds or promote herself. Once, a technician at a Toronto club ignored Bénédicte the whole time she was setting up for her show because he thought her brother was the main act – despite being told it was she who was playing the gig. 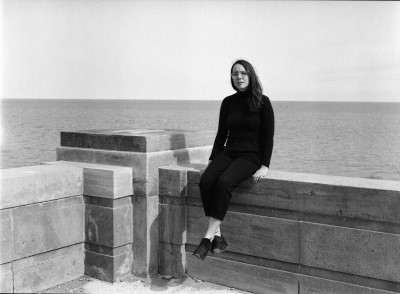 SDTC: When did you first become interested in producing your own music?

I started figuring out how to produce my own songs a year and a half ago when I realized it was possible to do it with just my laptop.

Can you walk us through a day in your life?

This varies, but on a day that I plan to make music I’ll wake up around 10, eat breakfast, check emails, etc., and sit down at my desk with a cup of coffee. If I’m feeling inspired, I’ll usually jump right in by making a drumbeat and trying out some chords. If not, I’ll put on some music and try to study what I like about it. If the song is going well, I’ll usually have the rough sketch of it done in a day. By around dinner time, I need a break – I find it’s good for your ears to get a rest from the same song – and I’ll usually come back to it later at night, or the next day.

Who have been your mentors throughout this process?

I haven’t really had any personal mentors, but women like Grimes and Jessy Lanza have really inspired me to produce. I used to watch a lot of interviews of Grimes and I got really into the whole DIY style of producing. Grimes is really an internet-made celebrity, and she wrote and produced great music on her computer. 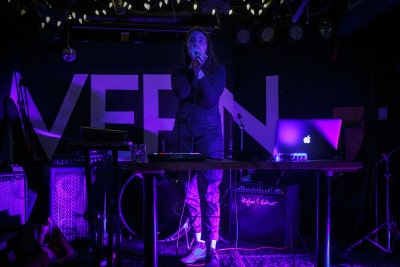 What are the changes you would like to see in the industry?

More diversity in festival/concert lineups. This must start with the people who are booking the shows. If festivals and concerts don’t feature female producers, then it seems like we don’t exist and seems abnormal for women to produce. We need to make female producers more visible so more women will pursue music production and it will become normal to see us in these roles.

Do you feel more pressure as a female to perform well?

I wouldn’t say I feel more pressure, but I definitely feel like I have to explain myself and my role in my music. Generally, if the artist is male, it’s assumed that he produces his own songs, but I’m constantly explaining my role in my own production. People have assumed my brother is part of my band and sometimes are looking around for a producer to join me on stage.

Why do you love producing your own music?

I get to be in charge of everything! It’s a good feeling to have an idea and then fine-tune it completely by myself. It’s satisfying as a songwriter to have that freedom and final say over my music.

When did you know this was what you were supposed to do with your life?

I don’t think there was a moment! I’ve loved music and art since I was four years old.

I plan to release my EP at the end of the summer. Later, I hope to put out an album, collaborate with a lot more artists and keep making things I’m proud of. I’d also love to organize a concert with other female producers to highlight our work.

A Day in the Life of One of Toronto’s Premier Female Electronic Producers, Pursuit Grooves