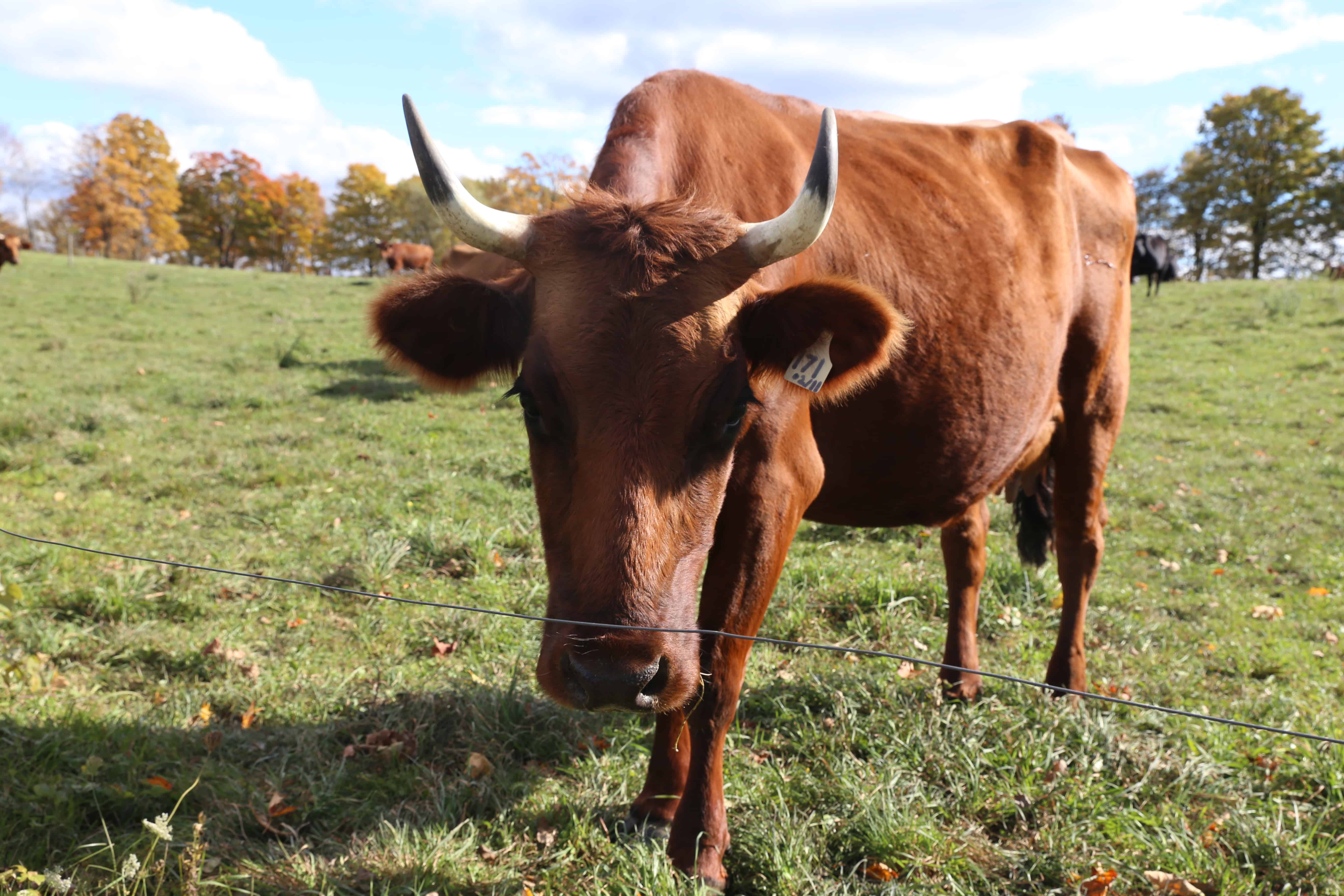 For millennia, people across the globe have been drinking raw milk. This type of milk has not undergone the sanitation process of being heated to a high temperature to kill pathogens—otherwise known as pasteurization. In the 1920s, when milk started travelling from farms to cities and we hadn’t figured out the whole refrigeration thing 100% yet, contaminated raw milk made people sick with tuberculosis. The process of pasteurization to avoid disease became widespread soon after that.

Decades later in 1981, the federal government banned all sales of raw milk in Canada under the Food and Drug Regulations Act, and raw milk has been illegal in Canada ever since. Nearly 100 years after the tuberculosis outbreak, our government and health authorities continue to cite tuberculosis as one of the main reasons to avoid raw milk, and it continues to be legal in Europe, Africa, Asia, and parts of the US.

Today, issues of raw milk exist in a kind of legal grey area. People who own a cow are legally allowed to do use that cow’s milk in any way they please. But as soon as someone sells his or her cow’s milk, that milk becomes illegal unless it has been pasteurized. Cue the raw milk legal loophole, otherwise known as a cow-share: since there are no specifications about how many people are allowed to own the same cow, a cow-share involves people pooling together in joint ownership of one cow and its resulting raw milk.

The demand for raw milk is increasing, and cow-share programs are flourishing. Proponents of raw milk list a shopping list of reasons why it’s worth the hassle:

Alternatively, raw milk made from drug-free, grass-fed cows has all of the digestive enzymes necessary for easy digestion—making it suitable for those with lactose intolerance as well as hosting a slew of good fats, vitamins, minerals, antibacterial, antiviral, and anti-parasitic properties. When compared to the ill-effects many experience from consuming milk, raw milk has seemed like the obvious, if only a little inconvenient, solution. Its easily digestible mecca of health benefits has caused many to believe it’s an elixir worth fighting for. 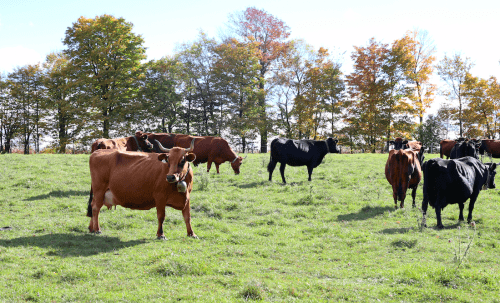 One of these people is Michael Schmidt, notorious raw milk advocate and Ontario farmer. As far as raw milk in Toronto goes, Schmidt is the godfather. Since he started his raw milk operation 21 years ago, he has faced multiple milk-related lawsuits, thousands of dollars in fines, and several police raids of his property. Despite all the controversy surrounding him, Schmidt hasn’t been deterred from sharing the substance he describes as “liquid love” with others.

Eager to understand how a substance as innocuous as milk could be worth devoting your life to fighting for, I arranged to meet him at his farm-share program in West Grey, Ontario. I was eager to taste some of what I could only assume was going to be life-changing milk. Schmidt’s farm-share patrons buy into his whole farm operation (not just the cows), and as a result his is a farm-share program instead of a cow-share.

What I found was an open drive way with a sign that read, “This land is our land, back off government,” and a man with a faint German accent and big, dirt stained-hands. “It’s not about raw milk. It’s really not,” he explained. “The angle that it became raw milk is only because I got attacked on raw milk. I would have done the same thing about anything else I was being attacked on.” 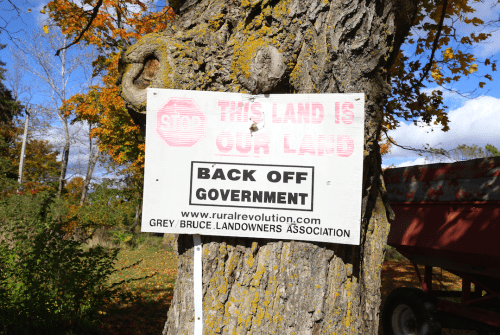 As we spoke between two half drank cups of milk, thick with tangs of blue cheese and buttermilk, he seemed both resolute and tired: “I’ve been trying to justify why people should drink raw milk for 21 years. I kind of got to the point where I said, ‘There’s no argument about it.’ People need to make an informed choice themselves.”

But getting accurate information about raw milk can be difficult. Government websites and leading nutritionists caution against the dangerous health risks associated with the unpasteurized white stuff, while lesser-known holistic health journals praise the substance as “liquid medicine.”

Still, always ready to jump on the next train that promises a healthier, purer existence, I was undeniably intrigued. But I’ve realized how difficult procuring unpasteurized milk in Canada is: To join Schmidt’s farm-share program and have regular access to raw milk, you have to fork over $2000 dollars upfront, and be willing to either drive to West Grey, Ontario once a week, OR meet his wife Elisa at Forest Hill every Tuesday to pick up your milk. It seems ridiculous that getting a different kind of milk in Canada is harder than getting a gun in America. And so the promise of my shiny new raw milk lifestyle remains decidedly out of reach.

When I asked Schmidt why a substance as innocent as milk is so heavily regulated in Canada (especially since other countries drink unpasteurized milk without problems) he explained that it’s not really about safety. It’s to protect the supply management. “We have a lot of scientists who simply lie. The Dairy Research Chair at Guelph University is financed by the dairy farmers of Ontario. The Chair of the department went on TV and said, “Yes I grew up on raw milk, but drinking raw milk is 1000 times more dangerous than drinking pasteurized milk.” The claim is so unscientific and unfounded without any research, but he just makes that up and no one questions him.” 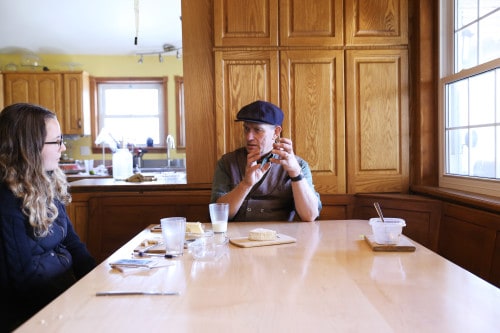 Schmidt is quick to say that raw milk can be dangerous, especially if it comes from commercial dairy cows or isn’t handled properly, but he also knows the ways that we ship and handle food have changed since the 1920s. “The practice, the science, the knowledge—everything has changed since then,” he says. “We have the technology and sophistication today to produce raw milk safely.”

The fact that raw milk is so demonized exposes a deeper set of problems within the Canadian dairy industry—an industry controlled by a select powerful few who fund large sectors of government and public health research, simultaneously stripping us of the freedom to choose what we eat. The problem is so much bigger than wanting to drink raw milk and Instagram about it; it’s about not letting private interests get in the way of public health.

Knowing that I wasn’t about to change the state of the Canadian dairy industry by declaring my sudden thirst for raw milk, I savoured the remainder of the glass that had been poured out for me. It was richer than whole milk and must have hovered somewhere around 4.5% MF. The undeniable blue cheese tang was too foreign to call pleasant, but the process of consuming the creamy off-white liquid felt substantial next to all my experiences I now realized had been watered-down and bleached-white. It was an entirely different action, one that made me wonder what to call the other stuff I’ve been drinking all my life. I just wish I could have taken some home.

Verdict: Drinking illegal raw milk: Hopefully here to stay, has been happening for thousands of years, definitely not a fad. 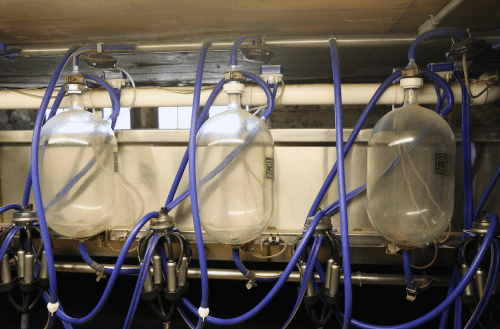