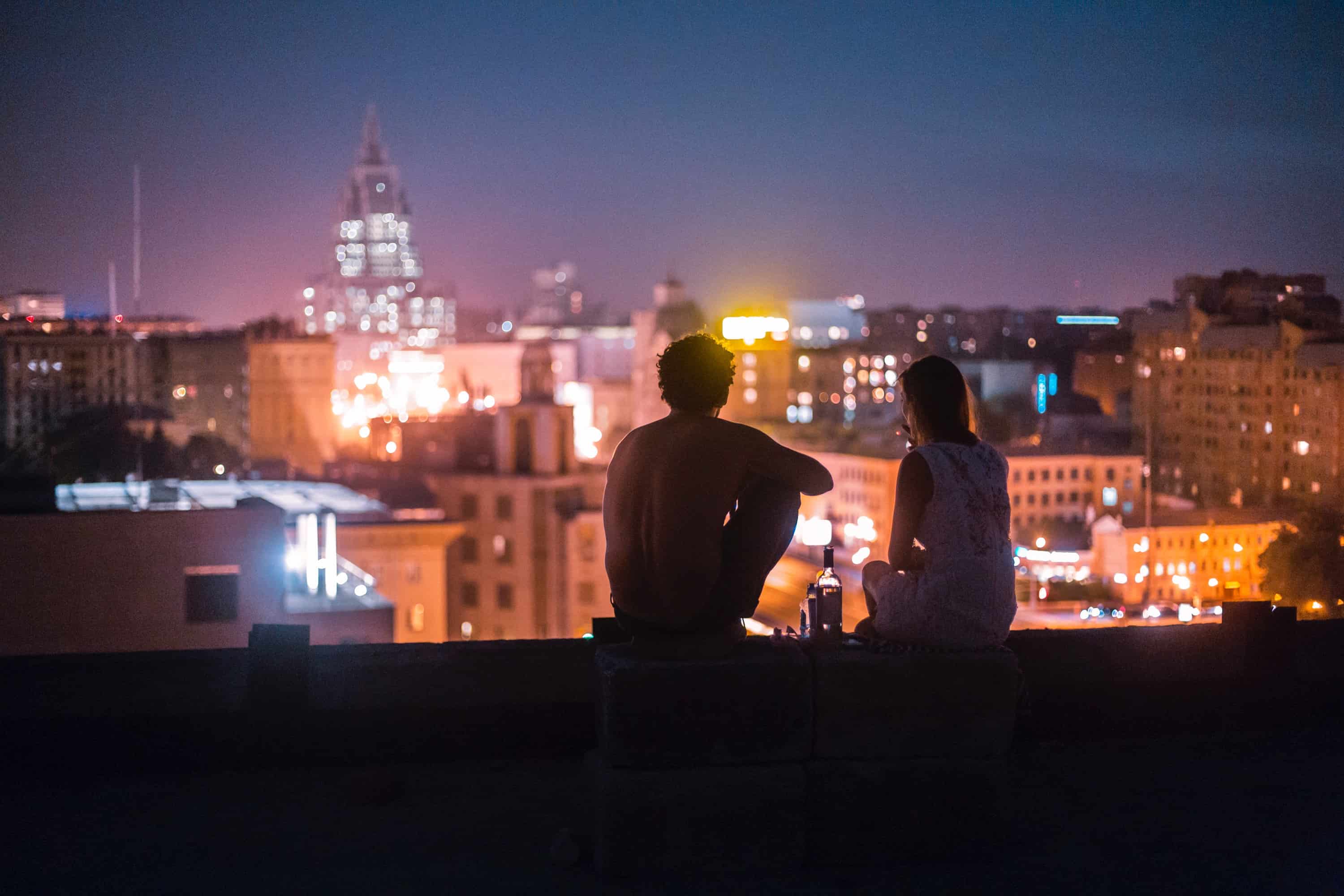 Earlier this year I began my first serious relationship of my twenties. As someone who was previously (terminally) single, I was thrilled to finally have a boyfriend to bring home to Easter dinner and prove to my family, once and for all, that I’m not a lesbian, not that there’s anything wrong with that.

We met two years ago and became friends. Little did I know he had been secretly pining for me the whole time. (Take that, Tinder.) The first few months of my relationship felt as though they were written by Nora Ephron: we went on double dates, hosted dinner parties, spent nights dancing around his apartment, and walked aimlessly outside for hours (mostly because every restaurant was either closed or had a waiting time that released the hangry demon within me). One day he even delivered a loaf of homemade sour dough bread to me—he was wearing a suit and I was wearing a Wayne’s World shirt that said “Shwing.” We totally made sense as a couple.

We shared the nitty gritty parts of our past and made plans for further down the road. We talked about camping trips in the summer and how maybe one day I might cave and try oysters. We’d been dating for five months and while I’m the furthest from the type that celebrates “monthiversaries,” things were pretty serious and I could see a real future with him. Above all else, I felt comfortable and trusted that this was a relationship worth telling people about.

About a year ago is when he first mustered up the courage to ask me out, but I got a terrible flu and had to cancel, which he of course translated to “not interested.” (For the record, I really did have the flu.) Nine months later, he gave it another shot and asked me out again. We went to the AGO where I didn’t know what to say other than to compliment the various frames of the paintings. Afterwards we drank beer and ate fish and chips, which is the area I thrive in.

He took me to my very first symphony, danced with me at a jazz bar, got me to try clam chowder, and even gave a toast to my mom at a family dinner. He taught me how to mince garlic with just a knife and make pasta from scratch, and he gave me the confidence to actually cook by myself. He encouraged me with my writing and always comforted me in my decisions (even the decision to write this essay).

Our romance came to an abrupt end outside a Pizza Libretto one Friday night. We were on our way to dinner at a lovely yellow pub that we had one of our first dates in. While I was obviously terribly upset by this incident, the OCD in me truly appreciated the symmetry of it all.

I knew that when I updated my friends and family about what happened, they would all be furious. I would get messages about how wonderful I am and how I didn’t deserve to be hurt like that. They would tell me that it’s his loss and begin hate-fuelled rants in my honour. While I appreciate the support of my loved ones, it all paints the guy as a villain and that isn’t something I’m okay with.

The truth is, I found myself struggling a bit with how to feel. Part of me wanted to hate him and be as angry as a girl who just found out Starbucks is out of pumpkin spice lattes in the fall. The other part tried to figure out what being angry would solve; it wouldn’t fix our relationship and it certainly wouldn’t make me feel at peace with anything.

The time we spent together was filled with so many positive firsts for me, and I would hate for any of those to be tainted. I find that we often spend too much time hating those who have hurt us. While the hate is definitely justified sometimes and I don’t mean to offend those who have been in awful relationships, I believe the energy it takes to actively hate someone or remain angry simply ends up hurting ourselves instead.

It has now been a number of months since we broke up and I’ve seen him quite a few times. The first meeting involved a very cliché party setting where I shed drunken tears while he struggled with where to put his hand to comfort me. The next time was meant to be a quick exchange of movies I’d left at his place, but it turned into six hours of talking, multiple pints, and a very romantic dance to “Unchained Melody” in an empty pub. The most recent time I saw him was when he came to my standup and helped settle my anxiety-ridden self before my set.

I know many will think that seeing him after the breakup and trying to be friends is a mistake, but everyone heals differently. Seeing him doesn’t mean that I forget how much he hurt me or that I want to get back together. It does mean that I know he has a good heart and genuinely wants the best for me. I don’t know what the future holds for us, but I hope that we will always be a part of each other’s lives.

A person’s character isn’t measured by their mistakes and you never really know what’s going on in someone else’s head or what they might be dealing with. Life is short and there’s already far too much hate in this world. Most importantly, my family hopefully won’t ask if I’m a lesbian at Thanksgiving dinner, not that there is anything wrong with that.