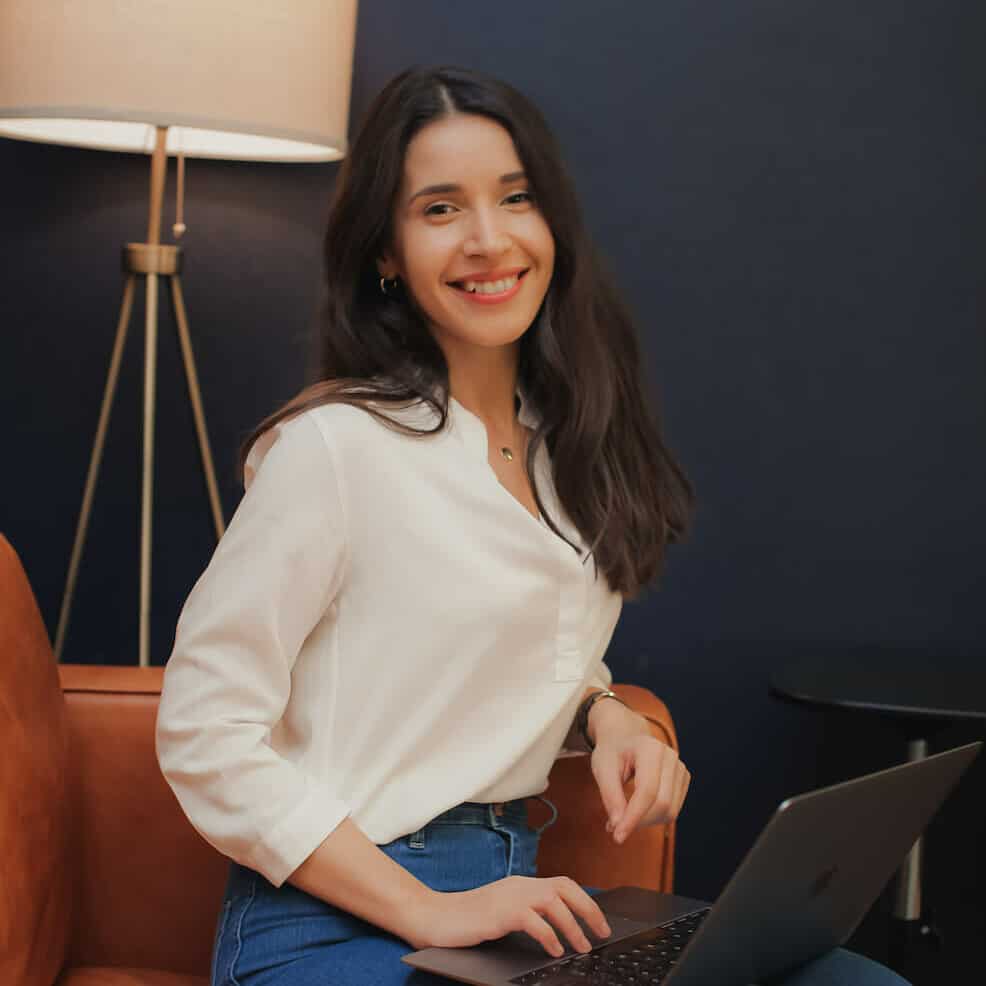 Lana Karapetyan is a Toronto based freelance Marketing Strategist and the founder of the incredibly popular Women Who Freelance community.

Lana founded the Facebook group as a way to support her own journey as a freelancer, and it has grown to become a tremendous resource for women-identifying freelancers and entrepreneurs throughout Canada who use the space to seek advice, float ideas, promote their services, and hire one another for projects.

If you are self-employed and looking for connection and support, Women Who Freelance is a great network to hook into (and it’s totally free!).

How and why did Women Who Freelance Toronto begin?

I was a few months into pursuing full-time freelancing and found the journey to be incredibly lonely and isolating. I did not have a network of entrepreneurs and freelancers I could tap into for advice, which ended up costing me time and forced me to learn through trial and error. That’s how the Women Who Freelance Toronto Facebook community was born. The goal was to create a space where women can connect with others, ask questions and overcome the loneliness of freelancing. Personally, there is nothing I find more motivating than being surrounded by successful women who support and inspire each other.

What did the growth look like in the first six months?

Within the first six months of launching, we grew to nearly 2000 members and hosted a number of successful events. We partnered up Sorted BY RBC Ventures to deliver a free workshop on taxes for self-employed professionals and hosted our first speaker event on personal branding for freelancers. The Facebook group became (and still is) one of the most active online spaces I’ve ever been a part of. More and more jobs were being shared, making it an incredibly useful resource, not only in terms of advice but also to find opportunities. Meanwhile, our Instagram page grew into a platform to share the talent of local freelancers and daily inspiration.

How has the community grown since the onset of COVID? Have there been noticeable changes in how it is being used?

Freelancers were hit particularly hard by the pandemic. Budget cuts were seen at almost every level leading to unpaid invoices and a lack of work. Photographers, event planners and those in the beauty industry were amongst the most affected. And unlike full-time workers, most freelancers were not eligible for employment insurance or other government assistance programs. The pandemic really spotlighted the lack of benefits such as no paid vacation and sick leave.

The first few months were particularly difficult for the community, and it quickly transformed into this hub for mutual support and encouragement. Freelancers who specialize in accounting and finance started offering free advice and sharing resources on how to navigate governmental aid and other financial resources. Everyone was so supportive, and we got through it together!

On the other hand, as more women dropped out of the workforce, due to labour cuts or the need for more flexible work to balance childcare, freelancing is on the rise. More and more women have been joining the group to learn about starting their own business or side-hustle, so there’s been noticeable growth on that end.

What are the major areas that people are coming from? Which industries dominate the space?

It’s a diverse mix. I would say that nearly half come from creative fields such as design, photography and content writing. There is also a large number of beauty professionals, lawyers, accountants, coaches, marketers and more. We have seasoned freelancers with 10+ years of experience as well as those just dipping their toes and starting a side-hustle. If you’re looking for specific advice to your industry and niche, it’s very likely that you’ll find someone who has the answer.

In your mind, what’s a story that has really stuck out, since you first launched? A particular ask that received a ton of interest, or a communication thread that you’ll always remember?

Sometime back in the spring, one of our members started a communication thread calling out those looking to hire for cheap or offering “exposure” instead of payment. She encouraged fellow freelancers to never accept free work and always know the value they’re bringing to the table. The post went viral, making me shift my focus on creating more transparency about freelance rates and empowering the women in our community to charge their worth. As a response to that, we have created a resource to help freelancers compare rates with others, based on industry and years of experience. Knowing how much others charge can really empower us to feel more confident in our rates.

Have the goals of the community shifted since you first began?

Definitely! Although the community was born in Toronto, we have since created two more online chapters in Vancouver in Montreal. The plan is to create more visibility for women freelancers all across Canada, showcase their talent and ease their access to opportunities. We have built a directory, which officially launches early November, that brings together freelance talent across a myriad of expertise and skills and connects them to businesses looking for help.

How has your career grown since you first started it? How has it supported your development?

Starting and growing Women Who Freelance has been an incredibly fulfilling and inspiring journey for me. I’ve learned so much about leadership, building a community and running a successful freelance business. I’ve met some of the most talented women in my life and built lasting friendships. It’s a decision I’ll never regret.