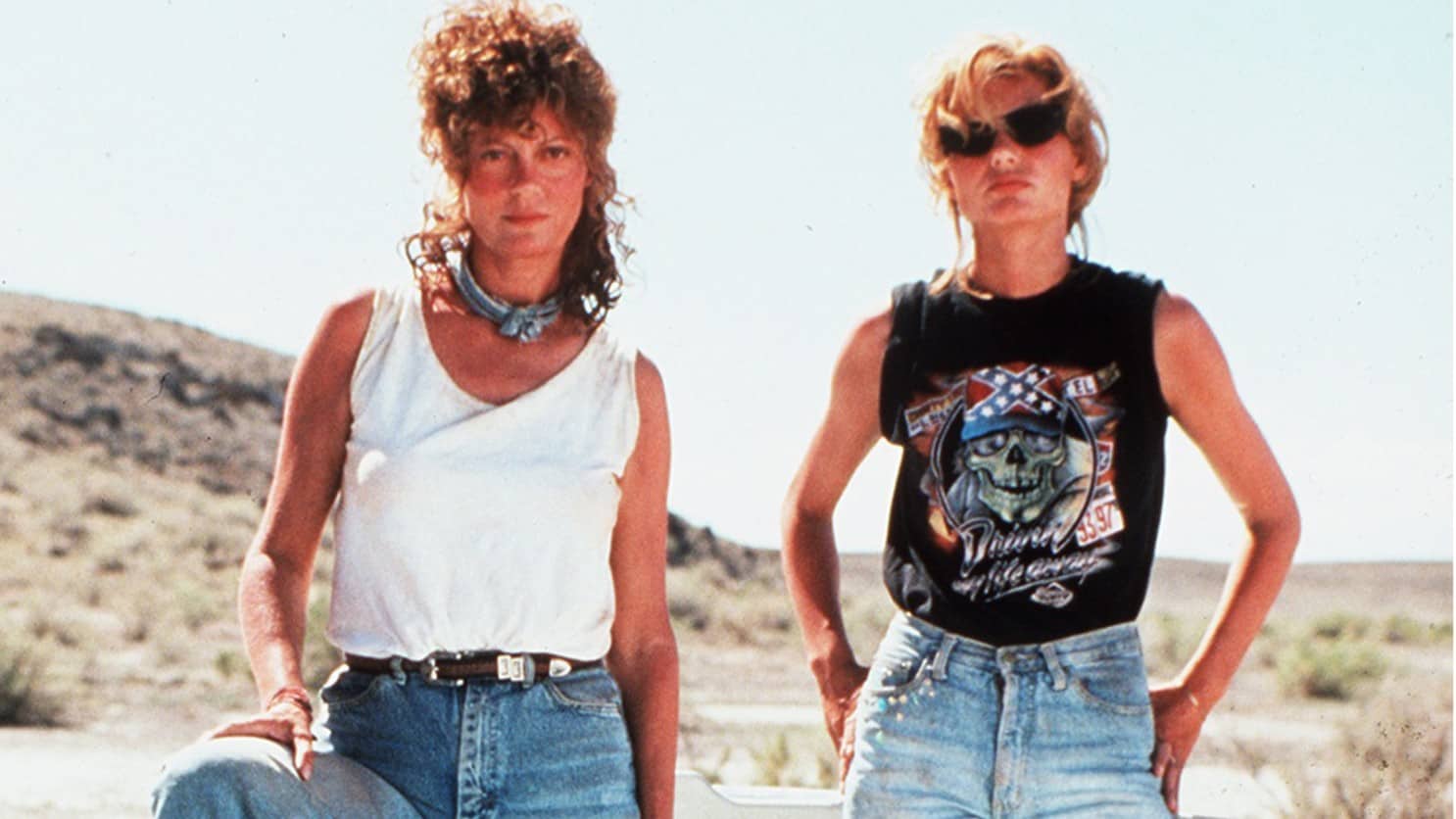 "I can’t prevent her from growing up knowing that women are thought of as second class citizens, but I’ll do everything I can to change that for her."
Film

Allison Kugel is a veteran entertainment journalist with over three hundred long-form celebrity and newsmaker interviews published and syndicated worldwide. She is also the author of the memoir, Journaling Fame: A memoir of a life unhinged and on the record, and host of the captivating new podcast, Allison Interviews. In her latest episode, Allison sat down with Oscar-winning actor Geena Davis for an in-depth conversation. From ageism in Hollywood to raising feminist kids, Geena dishes candidly, and we love what she has to share. 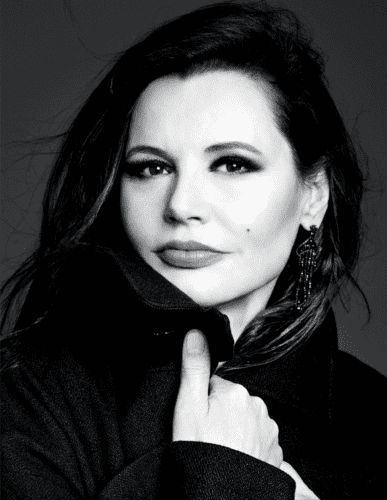 Loaded with wisdom, here are a few excerpts from Allison’s interview with Geena that struck us:

On what she learned from working with Susan Sarandon on Thelma & Louise:

“Getting to work with Susan Sarandon on Thelma & Louise, she had the most impact of any person in my life, because I’d never really spent time with a woman who moves through the world the way she does. It sounds crazy to be 33 years old at the time and first experiencing a woman like that, but I really had previously never met a woman who didn’t preface everything with, ‘Well, I don’t know what you will think and this is probably a stupid idea, but…’. She just lived her life and said, ‘This is what I think.’”

“[It was received by our director and producers] as completely normal, which was also stunning to me. The way I was raised was to be extremely polite, to a fault. I was sort of trained not to ask for things and not to be any trouble to anybody, but she obviously wasn’t (laughs). So she just said things the way she wanted to say them, like, ‘Let’s cut this line,’ or ‘Let’s do it this way,’ or ‘This is what I would like to do.’  There wasn’t any reaction whatsoever from anybody of, like, ‘Wow!,’ partly because she didn’t present herself as combative. She was always just like, ‘This is what I want,’ and ‘This is what I think.’”

On how she won her iconic role in Thelma & Louise & Brad Pitt:

“I had read the script for Thelma & Louise after it had already been cast. I thought, ‘Oh my God! This is the best script I’ve ever read. I wish I could be in it.’ I ended up having a year-long pursuit for the role because Ridley Scott was only the producer at that time, and different directors and different pairings of ‘Thelmas’ and ‘Louises’ were coming together and falling apart. For a year, my agent called at least once a week to say, ‘Just so you know, Geena is still available. She’s still interested.’  Then when [Ridley Scott] decided he was going to direct it, he immediately said, ‘Yes. Okay sure, I’ll meet with her,’ and I convinced him somehow or another (laughs).”

On ageism in Hollywood:

“It’s very strange and so prevalent. A certain male actor that was making a movie said that I was too old to be his romantic interest, and I was 20 years younger than him. You know what it is? Women peak in their 20s and 30s, and men peak in their 40s and 50s as far as actors go. So the male stars of the movies want to appear to be younger than they are, or they want to appeal to younger people, so they always want a co-star who is really young. That is why that happens and that is why women don’t get cast very much after 40 and 50. It is because they are felt to be too old to be a romantic interest.” 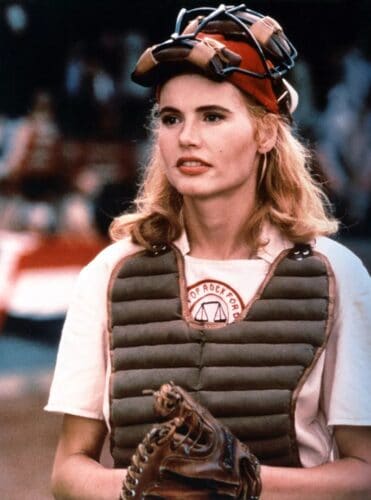 On why she founded the Geena Davis Institute on Gender in Media:

“In the ‘90s when Thelma & Louise really took off and struck a nerve, the press, as one united body, said, ‘This will change everything.’ That was all the headlines. ‘Now everything is going to change. There will be so many more movies starring women.’  I thought, ‘Hot dog! I’m going to sit here and wait for this to happen.’ Then my very next movie was A League of Their Own, and a similar thing happened where all the press said, ‘This changes everything. Now we are going to see women in sports movies.’  It was a very big hit. I’m thinking, ‘Okay. Here is me being able to change the world!’ or being part of movies that will change everything, and it profoundly did not happen.”

On raising her kids to be feminists:

“I wanted to be [my daughter’s] pop culture literacy educator. That is why I started the whole institute. I realized when I saw that very first kid’s television program with her, I thought, ‘Oh no. Kids are being raised from minute one to accept that men and boys are more important than women and girls.  I can’t prevent her from growing up knowing that women are thought of as second-class citizens, but I’ll do everything I can to change that for her.’ With her and with my boys, I did the same thing. I always watched with them. Whatever my boys were watching, I would say, ‘Did you know that there is only one girl in that whole movie?  Did you notice that?’ Or, ‘Do you think girls can do what those boys are doing?’ or, ‘Why do you think she is wearing that if she is going to go rescue somebody?  Don’t you think that’s strange?’. They became very savvy. Then they started noticing things before I did.” 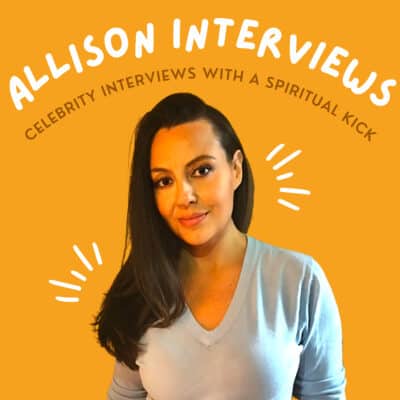 Down-to-earth, empathetic, hopeful, and curious, Allison cuts through the star-studded distractions of fame to get to the meaty human stories that we can all relate to and learn from.

Listen to Allison’s full interview with Geena Davis on Apple Podcasts or Spotify. Follow Allison Kugel on Instagram at @theallisonkugel.

"I can’t prevent her from growing up knowing that women are thought of as second class citizens, but I’ll do everything I can to change that for her."

7 Things That Have Been Helping Our Anxiety