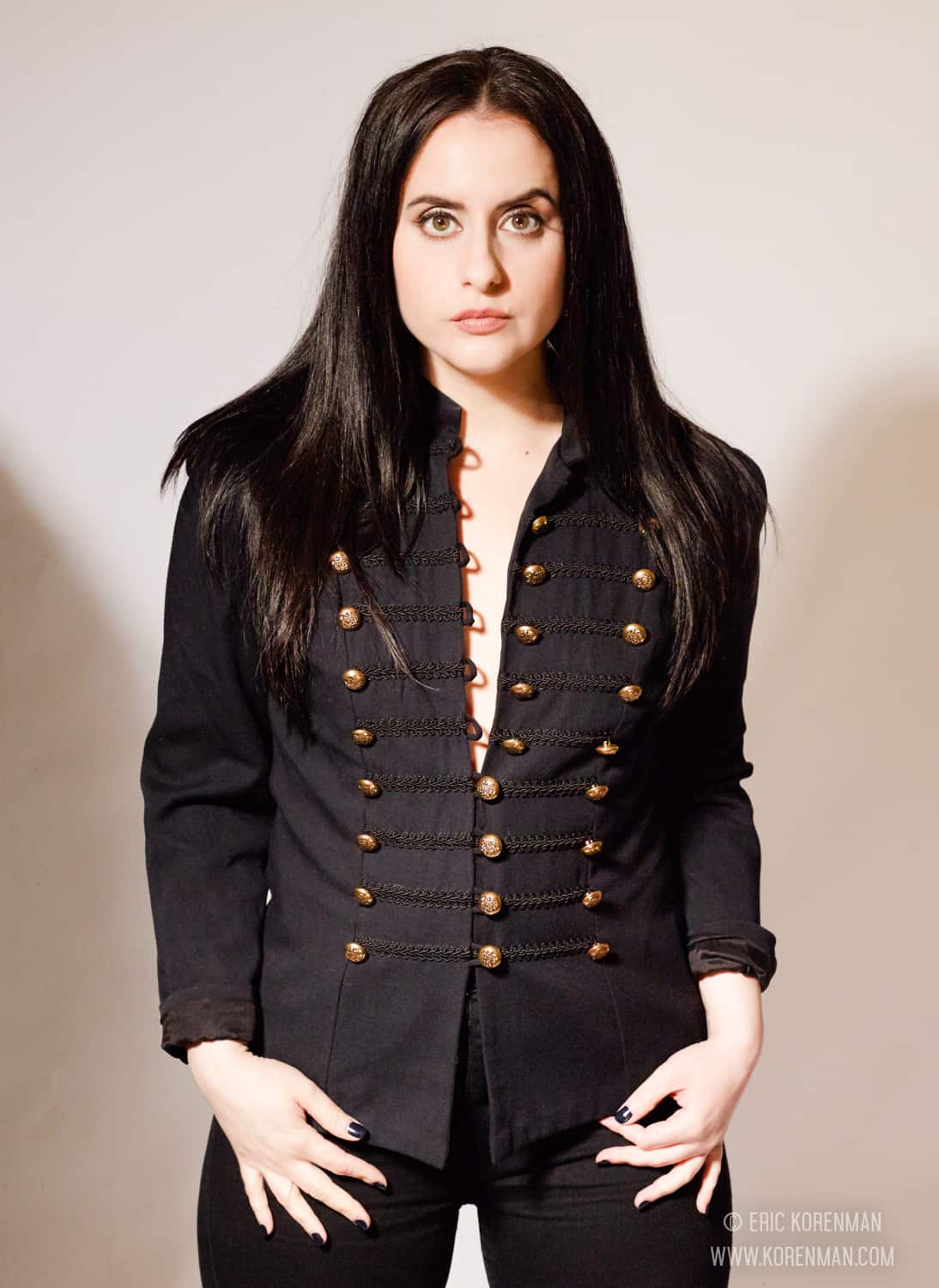 Though she rose to notoriety by talking about finding the right hole and eating ass, Corinne Fisher is moving on to more engrossing material.

While most know Fisher from her super popular podcast, Guys We F****d: The Anti Slut-Shaming Podcast, she’s become reluctant of late to give more airspace to sex. “There was a whole year that I wouldn’t even do sexual jokes, because I was so sick of talking about sex on a podcast,” says Fisher. “And I just saw a lot of female comedians getting stage time and talking about their experiences with men. I thought, Wow, what a shame. We’ve fought so long for all this stage time. And now we get on stage and have this captive audience, and we’re still giving the attention away to men by talking about them the whole damn time.”

Fisher changed tack and collaborated with Katie Hannigan to create The Comedienne Project, a FringeNYC festival show that talked about everything but sex. “We challenged ourselves to write twenty new minutes of material that was free of sex, dating or relationships. And that was this kind of beautiful reset for my brain, and her brain as well. Because we didn’t realize how trapped we were in this talking-about-dudes circle. We wrote an extraordinary twenty minutes that gave the audience so much more about us as human beings.”

This movement away from her “brand” didn’t go unnoticed; it was decried by some as anti-feminist. “They were like, ‘Women can speak about whatever they want.’ And I was like, ‘Of course they can.’ I’m not forcing you to do something we wanted to do. Yes, there absolutely are ways in which society or the “patriarchy” has held us back. But I’m beginning to claim defects and personal responsibility. Instead of blaming someone else, I have control of myself as a woman. What things can I do better to make me present as stronger and get towards equality faster?”

While Fisher’s comedic scope has broadened, she’s wary of those who want to shut other comedians down—either for changing course, or for their past material. “I’ve been online since I was in middle school with AOL dial-up. If you look long enough and hard enough, you’re gonna find something that you don’t like. Why are we looking so hard for things that we don’t like? I mean, we’re not all going to agree, we’ve all said hateful things, we’ve all said inappropriate or hurtful things. It’s hypocritical because we’re a society that seems to learn nothing from history. We can’t learn from all the mass shootings in the US, but we need to go back and look through 5000 tweets to find something that is mildly misogynistic, or racist or homophobic. Twitter is where I openly put my garbage thoughts; it’s a testing ground. It’s the same as if we recorded every open mic any comic ever did, and then judged their virtue or worth on that. It’s going to backfire for everybody.”

Fisher’s latest project, Two Less Lonely Girls (co-hosted by Rosebud Baker) is an attempt at a reprieve from the heaviness that has loomed large the past few years. “There was just a point when I got so depressed only talking about sexual assault and rape,” says Fisher. “And obviously, I know it’s important to talk about these things. But if you continue to talk about them and don’t give yourself a breather, it becomes this noise that you don’t pay attention to.”

The show focuses on so-called fluff, pop-culture gab that is often dismissed as unimportant. “I have a really dense knowledge of pop culture in my brain,” says Fisher. “I just love talking about Justin Bieber and the Spice Girls. And I think we forget that pop culture is something that we’re all consuming. So it’s this beautiful thing that brings us together. And I think it can do more for people’s souls and for camaraderie as a society. You can be an informed citizen and an active person in your community and still give yourself, you know, an hour a day to just chew on the fluff. I think it will ultimately make you a more productive person, because you need that relief.”

Podcasts are a natural fit for Fisher, who has never had a problem speaking her mind. “I’m very polarizing. People either really like me or really hate me.” But she’s proud of how far she’s come and the comedy empire she and Krystyna Hutchinson have built. “We started at my kitchen table in Brooklyn. And to see now what it’s grown into is both beyond my wildest dreams and also exactly what I always knew we were capable of and destined for. Because you do need this kind of blind narcissism. There are 10, 15 years when you’re your own agent, your own manager, your own publicist, your own fan club president. I get called ‘cocky’ a lot, which makes me laugh. Confidence comes off as a little more unappealing when you’re a woman. Women have been taught to not be proud or have their own successes. But you know, after 16 years of grinding in New York City, there’s absolutely no way that I’m going to pretend I’m not very, very proud of myself.”

Fisher’s first comedic inspo came from her father. “He owns a baseball card and horror memorabilia store in New Jersey,” says Fisher. “Over dinner, he would always tell us these really hilarious anecdotes about his customers, to the point where I would have to leave the dinner table because I was laughing so hard, I was gonna choke on my food. And I just remember really loving that feeling.” When she moved to NYC at age 17 for film school, she was intent on making movies that recreated that feeling. “I thought, Oh my god, everyone’s gonna want to make funny movies. Because making people laugh is the best thing ever. And then it turned out me and one other guy named Joe were the only people who wanted to make funny movies in the entire class.” Her experiences in film school rolled into joining the Upright Citizens Brigade and trying out her own stand-up material at open mic nights. Fisher was inspired by the likes of Eddie Izzard, John Leguizamo and Kathy Griffin, whom Fisher describes as “the funniest friend who you go out with, and you’re at the diner at 3 a.m. And she’s making you buck over your disco fries.”

When it comes to her trajectory, Fisher is staying the course. “I’m not really that talented, I’m just extremely good at being me, which, again, is something that I would assume all people would be good at,” she says. “But growing up now I realize most people are very, very bad at being themselves and don’t even really know who they are. And that’s something that I’ve always known since I was six years old. I knew exactly who I was.”