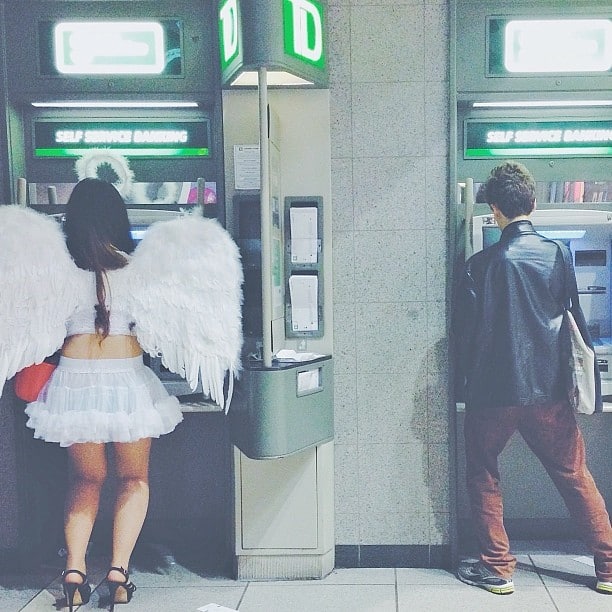 Halloween Is Stressing Me Out

I have been stressed out for as long as I can remember.

I cried in front of my classmates in math class when I found out I’d missed the long division lesson while I was sick. I went many a sleepless night after learning about fire safety, terrified that my home would perish in a fire. And one of my most vivid childhood memories is knocking over a picture frame — onto carpet, might I add — and having my first ever panic attack. The glass didn’t break; I was just terrified that I’d get in trouble for some nonexistent reason.

I know what you’re thinking. What a freak. And by golly, you’re right! But it’s cool. I know I’m a freak. That’s just who I am, and self-acceptance is important and stuff. And honestly, my stress has only amplified over the years. More justified situations for the most part, sure, but still always overthinking and overanalyzing everything and anything.

So, it should come as no surprise that I’m stressed Halloween is two weeks away.

Halloween should be fun, right? You get to look ridiculous, drink booze, and eat junk food. But when you really break it down, think about how high the expectations are for any holiday. There is not only pressure to celebrate it, but there is pressure to go above and beyond while celebrating it. Then you have to document and then share it. The pressure surrounding how good you look on Halloween is somehow even worse than New Year’s Eve because you get judged for how creative your costume is. And if you decide to not celebrate, or go to a Halloween party without a costume, then you’ll judged for that as well. It’s a vicious circle and if you have social anxiety like I do, then there’s no way out of it, my friend.

I started thinking about this the other day because this year, for the first time ever, I “skipped” a holiday. I spent Canadian Thanksgiving in my cubicle at my American job. I was sad of course, but it was also sort of a relief! I didn’t have to spend hours in the kitchen, I didn’t have to see my estranged father, and I didn’t have to take high-resolution photos of dinner for my food blog. (A philosophical inquiry: If a turkey is eaten on Thanksgiving weekend and it wasn’t Instagrammed, did it really happen?)

I’ve tried for a long, long time not to let anxiety get the best of me when October 31st rolls around, but I’ve managed to have a string of bad Halloweens in recent years – shocker, I know! Maybe I’m cursed…how spooky.

Let’s review, shall we? Behold, the Ghosts of Megan’s Halloweens Past.

2011: I was eighteen, and as eighteen year olds do, I painted a ~sexy~ body-sculpting American Apparel dress to look like a skeleton. I went to a house party, drank a lot out of nervousness, threw up in a taxi, and blacked out on the train home.

2012: I decided to opt out of dressing up or going anywhere, so I handed out candy to trick-or-treaters at my mum’s house instead. Even in that setting, I still was uncomfortable interacting with strangers.

2013: I wasn’t planning on going out, but a friend begged me to come see Sheezer perform at Lee’s Palace. I stopped by a Halloween surplus store the day of (horrible idea, obviously) and there was nothing left but a pair of furry cat ears. So that’s what I wore. I got stuck in the rain on my way there, whiskers MacGyvered out of liquid eyeliner running down my cheeks. A hot mess, and a “basic” one at that.

2014: I DIY’d a cute costume and went as Max Fischer, Jason Schwartzman’s character from the 1998 Wes Anderson film Rushmore. The internet went wild, but nobody at the actual party I went to IRL got my costume. I was asked multiple times if I was dressed as a Hogwarts student. Things got a lot, lot worse when a drunk Italian man physically attacked my friends and I after said party at a Dominos, but that’s a whole other discussion altogether.

2015: My great aunt died so I spent Halloween weekend attending a funeral with my distant family in NYC. I guess my unofficial costume was “Girl in Mourning Steals Coffee Shop Wi-Fi.”

So, at the end of all of this, I’ve decided to try my very, very best not to let social anxiety get the best of me this year. I’ve already overthought about six different costume ideas, so I’m off to a great start. Gosh, who let this pessimist write an article tearing apart a holiday intended for children?

Whatever it is I do this Halloween — go to a party, hit a bar, or stay home and watch The Witches of Eastwick — I’m going to do it with a goddamn smile on my face. And if I don’t, then I’ll fake it for the ‘gram. 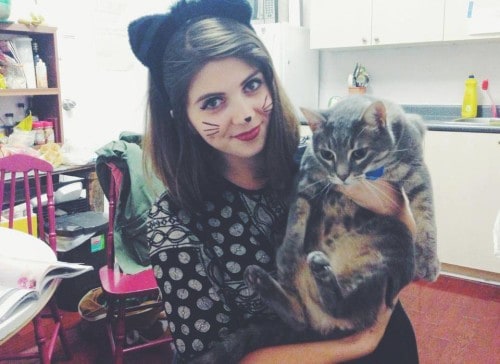