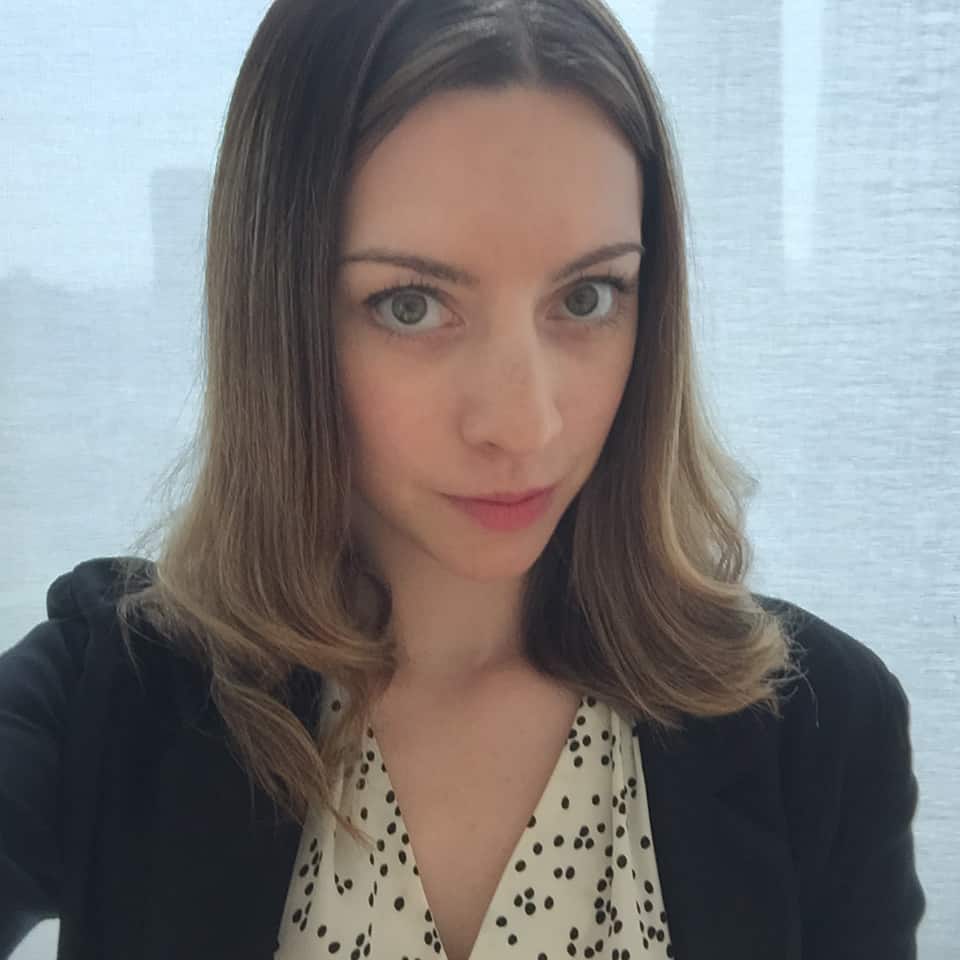 Her Career: Catherine Faas – Digital Content Producer for the NHLPA

Catherine Faas is the Social Media Lead and Digital Content Producer for the National Hockey League Players’ Association (NHLPA). Here’s what it’s like to have her career:

SDTC: Can you walk me through a typical work day?

My mornings consist of watching game highlights from the night before on TV while catching up on player and fan activity across my social media feeds. I do this with a giant cup of coffee in one hand, my iPhone in the other.

I get to the office and review the publishing schedule we have set for the day for NHLPA.com and its social channels and make sure everything is prepped for those releases, which range from our own editorial to branded content and curated player-generated content.

There are 740(ish) active players in the league at any given time, and there is usually a story developing on at least one of them, so we have to be quick to adapt the schedule for the day and cover issues as they arise too.

Throughout the day I’m also monitoring online conversations surrounding our players depending on what news is going on that week, from trades to suspensions to career milestones, to ensure we know how fans and media feel about each of these topics and tailor our messaging accordingly.

Often times requests will come in to review brands that want to work with players or help the players themselves with a digital initiative.

In the evenings, I’m usually flipping back and forth between a couple of games before calling it a night.

Can you describe the NHLPA?

The National Hockey League Players’ Association (NHLPA) is the union for professional hockey players in the NHL. Its main function as a union is to negotiate and enforce fair terms and conditions of employment for the players. The NHLPA handles all labour issues for the players as well as certain aspects of the marketing and licensing of any products or sponsorship deals/content featuring an NHL player.

The NHLPA’s goal, from my perspective on the content side of things, is to promote the players on and off the ice and highlight their impressive athletic abilities, personalities, charitable efforts, and hobbies that make them the unique celebrities they are. I am also responsible for keeping fans in the know on the labour issues we handle in the office.

The work environment is intimidating at first. There are so many moving parts and so much goes into the business of hockey that the average fan isn’t aware of. But, if you love the sport, that’s also what makes it so exciting. I love that no two days are truly alike and that there is always something to look forward to. For me right now, that’s the World Cup of Hockey being held in Toronto this September. 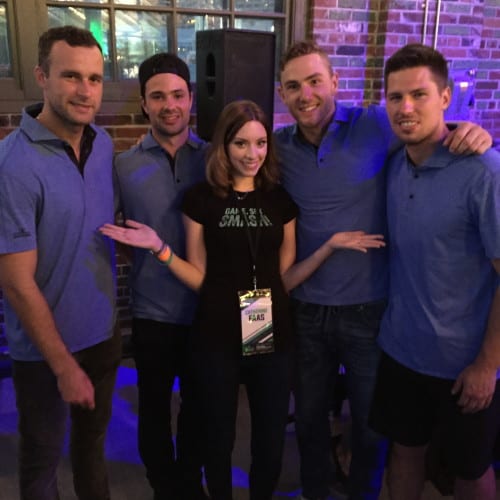 Do you feel particular pressure as a woman in this male-dominated industry?

I’d be lying if I said I never felt pressure as a woman working in hockey. The reality is there can definitely be a boys’ club mentality in a sport that revolves around men. Cue Don Cherry’s infamous “women shouldn’t be in the locker room” rant from 2013. There is also a pressure to feel like you need to prove you know what you’re talking about, when for men it’s often more of a given.

The best strategy I’ve developed to thrive is to be assertive. I was shy before I took this job. I quickly realized that wasn’t going to work. My role requires me to present ideas in front of and work closely with licensing directors, marketing managers, a branding committee, and NHL players themselves. Quiet and timid wasn’t going to get me very far. To shake myself out of the church mouse rut, I enrolled in improv classes at The Second City, which were invaluable to me in terms of finding confidence in my voice.

My other key strategy is to be as prepared as possible at all times. This is just a good practice for anyone anywhere. For instance, I’m never going to walk into a presentation without making speaking notes and practicing them in front of a mirror. There’s no way I can watch every single hockey game every night, but I’m never going to walk into work not having seen the highlights from the night before so I can adapt our content plan for the day if need be. Preparation makes me confident and when I’m confident I can relax and excel.

What tips do you have for young women starting out in this industry?

The best advice I can give young women who want to break into the digital/sports space is to start early and don’t wait for an invitation. Do not wait to graduate to start taking on work if you can help it. Apply and commit yourself to as many internships and placements as possible. Attend as many conferences and networking events you can handle. Don’t be afraid to introduce yourself to the people you think you could learn from and eventually work for. Ask your career heroes how they made it into their roles. I truly believe that success is a by-product of putting yourself out there and working your butt off until it pays off. My first job in the industry was given to me by a former professor who I basically drowned with questions every week of that semester.

What is the best part about your job? Worst?

The best part of my job is tied between the amount of travel I get to do and working so closely with athletes I admire. A particular highlight in recent memory was covering Men’s Hockey at the 2014 Winter Olympics Games in Sochi, Russia – an experience I’ll never forget.

The worst part of my job is that the Internet doesn’t sleep, and I sleep a lot less because of it. In this industry, you have to be both an early bird and a night owl. Though I need a lot of coffee to get through the day, I wouldn’t trade it for anything.

What skills/attributes do you need to do your job well?

As an interactive producer, you wear many hats. I often feel like one of those plate spinners juggling ten items at once. In order to do that successfully, you also have to be hyper-organized. That way, when news breaks and you have to adapt quickly, you can do so without everything else (all those plates) crashing to the ground. I keep a digital calendar synced across my devices but it’s my colour-coded notepad to-do list that really saves me day after day.

I would also say you have to love digital with a passion. It’s hard to work in an environment as nuanced as social media or digital media where memes, emojis and hashtags matter, if you’re not an active member of that community. You have to be forever learning, adapting your strategies, and constantly reconfiguring your presence across platforms to ensure you’re making the most of your efforts and reaching the most people in a way that makes sense for your brand.

What education should we get if we want to go into your field?

My background is in journalism, and I think that’s been incredibly valuable for me, but I think digital media is so vast that there can be many entry points. Sports Marketing and Communications degrees, in particular, jump to mind. My advice would be to focus on learning (and putting into practice) as many skills as you can because often times in many organizations, you will be relied upon to handle a multitude of tasks like video editing, writing, community management – the list goes on. If your skill-set has range, that’s going to help you in a big way.

Can you describe a moment in your life where you knew you were doing the exact thing you were born to do?

During the 2012-13 NHL lockout, fans were exceptionally frustrated that hockey was at a standstill. Many casual fans believed the players (NHLPA) were on strike and not locked out from working by the NHL. I wanted to connect players to fans and help them tell their side of the story, so I organized a Reddit AMA with two players, and a former player from our staff. Some members of our staff were nervous about the outcome. In the couple of hours we ran this AMA, we had thousands of fans engaged with the thread, hundreds of fans asking questions, and the clear majority of them declared their support of the players by the end of it. It was a big win for us in terms of messaging and we saw real results from this effort. That day I knew I was doing the right thing and the feeling has been kicking around ever since.​

Rose Barroso: The Woman Behind Toronto’s Most Spectacular Homes