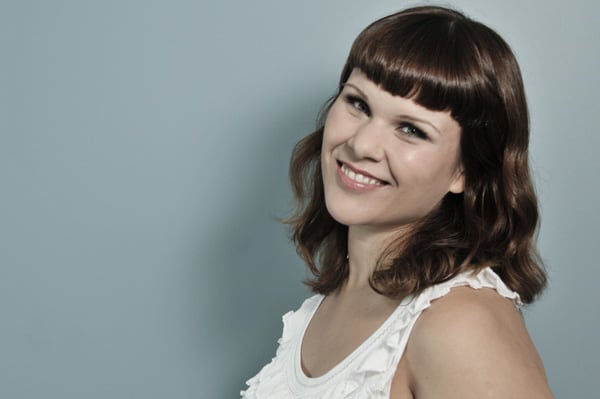 Her Career: A Chat With Sofi Papamarko, Modern-Day Yenta

A few years ago, Sofi Papamarko was a modern-day Emma Woodhouse in her spare time, setting up friends in romantic and platonic relationships. Soon she noticed she was good at it. Like, really good. The 33 year-old Torontonian is now the Founder and Chief Yenta at Friend of a Friend Matchmaking Inc, a personalized set up service she… er, set up, about a year ago. Flocked with clients sick of slogging it out on OKCupid and other Internet-based dating platforms, her business took off—until recently, she had to stop taking in new female clients due to heavy demand. She’s just opened things up to women again after a seven (7!) month hiatus on new females, and it looks like things aren’t slowing down. We managed to catch up with the busy matchmaker (who also freelances as a writer) via email to talk about starting your own business, keeping receipts, and what makes a good match.

SDTC: So how did you get into matchmaking? I’ve been reading around and it sounds like you’ve always been gr8 at it—when did you think it was something you could turn into a business?
Sofi: I’ve always enjoyed connecting people. I’ve been setting up friends—romantically and platonically—for as long as I can remember. One of the first couples I ever set up just had a little boy. He was a good friend from the student humour newspaper, Golden Words, at Queen’s University. She was a woman I met on a tour bus in Paris. I knew that they’d hit it off and eight years later, they continue to prove me right.

I realized I could make a living out of this when I set up an acquaintance with a sort-of-ex of mine after watching her undulate to a Tina Turner song at a mutual friend’s birthday party. She was wearing this black vinyl dress and was just losing herself in the song and I thought, “I know who would like her.” The day after their successful first date, I launched into business planning Friend of a Friend.

Do you have any tips for someone looking to start their own unique business?
Don’t talk about it. Frigging do it! I dove right in and made mistakes and figured things out along the way. Go to a lawyer, go to an accountant, scope out your competition, find your niche, get shit done. Be smart about it, but take risks. From black vinyl dress to the launch of the business, it took me less than a month. I put in $2800 of my own money and broke even in a week. If people just did things instead of talking about maybe doing things someday, the world would be a way more interesting place.

What was your first job? How did you get it?
My very first job was a scooper at Baskin Robbins at Fairview Mall. It was the perfect job for me because it was all about making people happy, and I think I’ve been searching for that same feeling ever since. (P.S. Found it.)

So how’s the matchmaking going? How do you know when a couple is going to be a good fit?
Matchmaking is going pretty well! I’ve had an exclusive couple emerge every month I’ve been in operation — two couples in April! It’s an amazing feeling. Sometimes I can just tell that a couple is going to work really well together. Other times, I take risks that pay off. It’s like…people math. And people chemistry. And people magic. It’s the craziest alchemy and sometimes I feel like a powerful magician slash fairy godmother! But then I remind myself I’m just a girl with greasy hair sending out match emails in my pyjamas.

What’s the worst part of your job? I think I can guess the best, but what’s that one too?
The worst part of my job is when I fall in friend-love with a client, but their match never materializes. It’s incredibly frustrating for me, because I know exactly the type of person they’d jibe with, but that person never shows up. And then I have to disappoint this awesome human and let them know that I’m not able to find a match for them. It sucks, but there are limitations to this system and most people are pretty understanding.

The best part of my job is when clients tell me that they’re dating the person I matched them with. It’s crazy and lovely to have been partially responsible for the happiness of two people.

Anything you want to add? Deals to plug, upcoming events or accomplishments you want to shout out to? This is your free space!
I need way more older, professional men on my roster. If you have any cool single guy friends/colleagues/dads in their forties, fifties or sixties, please have them get in touch via my website. I have about a billion wonderful women I’d like them to meet.