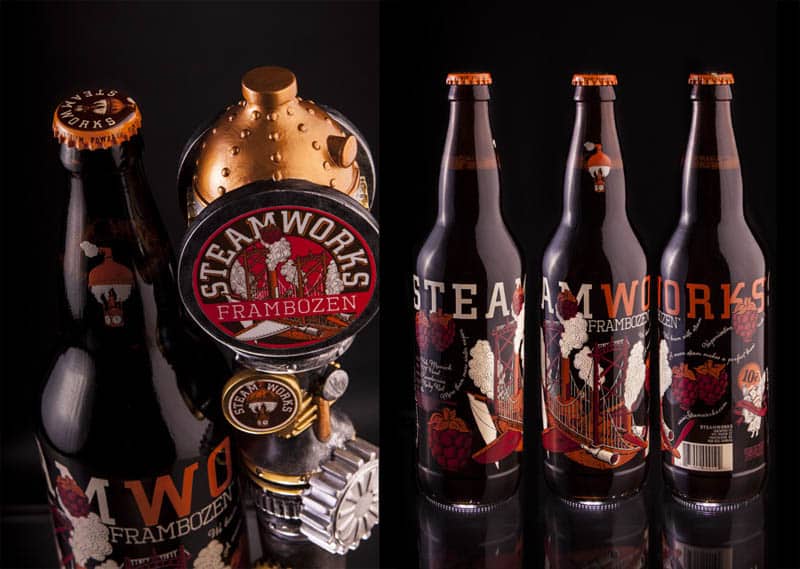 A wonderful rosy hew accompanied by an aroma of fresh raspberries, and a light, refreshing taste that is neither too tart nor too sweet. No, I’m not talking about wine—I’m talking about beer. Granville Island’s False Creek Raspberry Ale, to be exact: just one of the many craft beers that are contributing to the rising trend in women seeking, trying, and experimenting with micro brewed beer.

Established in 1984, Granville Island Brewery was one of the first microbreweries in Vancouver. Since then, it has grown to be produced at the macro level and distributed across Canada by new owner Creemore Springs. Its success has not only helped contribute to the now firmly established popularity of craft brewing in Vancouver, but also bore witness to the changing demographic of craft beer drinkers.

Lundy Dale has been the exemplary of this change. Her role as an advocate for B.C. brewing and former president of CAMRA, the Campaign for Real Ale, show there is an interest amongst women getting involved with craft beer. Dale recognized this niche and established Pink Pints, one of eight chapters in Canada that aims to educate and introduce women to the brewing industry by visiting bars, trying what’s on tap, and hosting events. 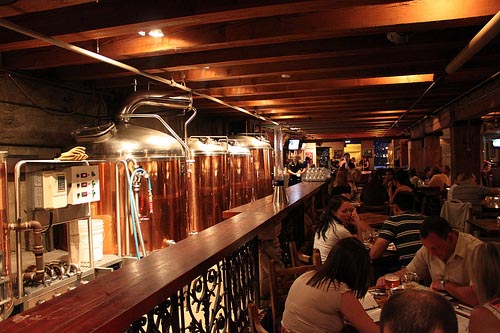 Educational aims such as this are a popular and fun way for women to try new beers. Tasting rooms, in which visitors can order small sizes of a variety of beers, expose drinkers to established favourites, seasonal beers, and special brews allow them to discover what they like. Vern Lambourne, brewmaster at Granville Island Brewing, explains that “women are sometimes more willing to try new things than men,” and that tastings are a great way for them to do this. They allow consumers to not only discover great taste, but also to discover the art of brewing.

It is a sentiment shared by Patt Dyck, co-owner of Cannery Brewing in Penticton, B.C. “What we make is alive,” Dyck says. Craft brewing is an art form that allows for experimentation and flavour variety that big industry breweries can’t offer. Steamworks Brewery, located on Vancouver’s downtown waterfront, exemplifies this attention to quality and flavour and produces a variety of seasonal and special brews such as Pumpkin Ale, Raspberry Frambozen, and even an Espresso beer composed of 40 pounds of hand pressed espresso shots.

Leslie Fenn, of Howe Sound Brewing in Squamish, B.C., believes that it is this attention to quality over quantity that attracts female drinkers. She also relays the attraction for “foodies” who love nothing more than pairing food and drink together. Furthermore, the growing industry is mindful of women and hires those who show a genuine interest in their product as sales representatives rather than “eye candy.”

In conjuncture with their growing popularity, more and more breweries are opening their doors to the public and offering tours. Steamworks is building a new brewery and tasting room in Burnaby, B.C., and looks forward to educating visitors in a fun and, obviously, delicious way. Also keep your eyes (and mouths) open for B.C.’s Craft Beer Month that takes place in October and is the brainchild of brewing diva Dale.

Despite the diversity of craft brewing, all breweries have one thing in common: they refuse to categorize the tastes preferences of women, agreeing that it depends on the individual rather than the sum. They recognize that women cannot be bottlenecked into one category or another, because they remain as versatile and different as the beer they make.

“ Craft brewing is an art form that allows for experimentation and flavour variety that big industry breweries can’t offer. ”