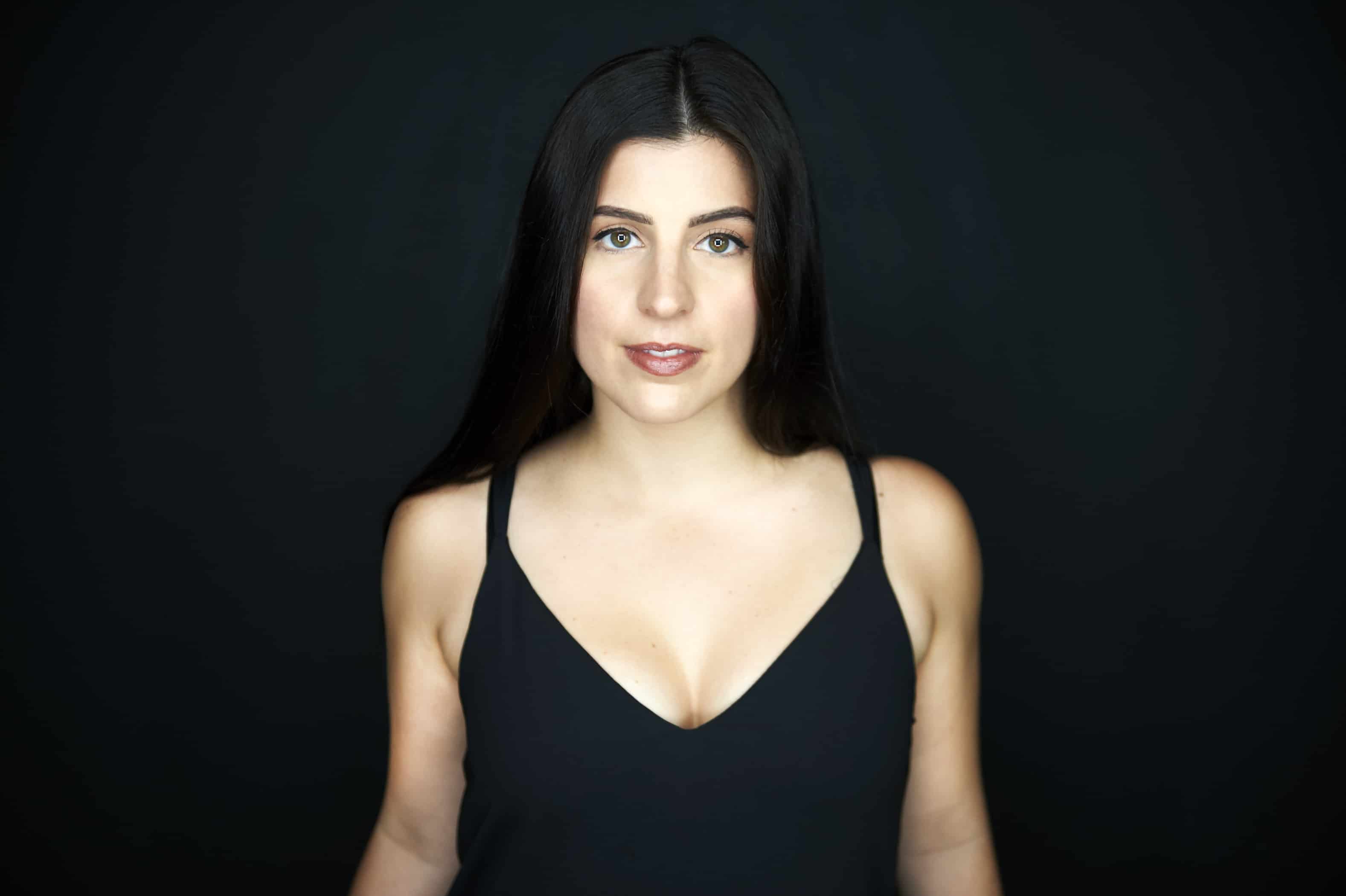 For Gillian Bartolucci, loving her own body has always been a complicated relationship.

Last year, the comedian received a medical diagnosis that opened up a Pandora’s Box; suddenly, the twenty-eight-year-old was forced to consider medical treatments, fertility issues, and her own fraught views about her weight. She draws from these experiences in her new play, The Weight of It All, coming to Toronto Fringe this summer.

SDTC: What is The Weight of It All about?

GB: In September I was going to some desperate lengths to try and get rid of this bloating that I thought I had. My lower abdomen was really pushed out, and nothing I did was fixing it. Eventually I went to the doctor, and that kicked off a really traumatic twenty-four hours of being told wild possibilities, being taken for an emergency ultrasound, and being told to bring a loved one for my results.

I found out I had a rather large fibroid in my uterus. A fibroid is a benign tumour that grows in the uterus, and the stats say that one in three people with a uterus can develop fibroids, but they’re usually so small that they cause no symptoms. My fibroid is pushing my uterus to the size of a five-month pregnancy. It slows me down, causes me pain, and it’s pushing on my bladder, making me have to pee all the time.

I started writing The Weight of It All as a coping mechanism to process what’s been happening to my body. I’m currently taking hormone medication that doesn’t sit well with me all the time, I’ve had to have conversations about my future plans for pregnancy that leave me feeling like a faulty machine, but the hardest part of this experience has been unpacking over twenty years of an eating disorder and body image issues. 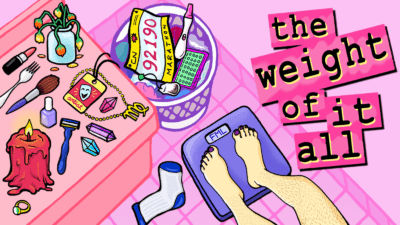 How has your relationship towards your body evolved over the past few years?

I struggle really hard, and I flip flop all the time. When I was twelve, I joined Weight Watchers for the first time and that kicked off YEARS of hopping from one weight loss centre to the next as if I were literally going on a pub crawl for weight loss. I developed habits of an eating disorder that still creep up to this day. I have to put a lot of work into my relationship with my body. I grew up fighting against my body, comparing my body to everyone around me, depriving it, detaching from it, abusing it, and hating it. I think I’ve evolved into simply being more patient with my thoughts and the way that I talk to myself. When I am triggered, I have to shift my thoughts into “what does my body do?” as opposed to “what does my body look like?”

What do you enjoy most (and least) about being your current age?

I enjoy that right now I don’t have a lot of responsibilities (children, mortgage, Crave subscription), but that makes me wonder if I should have more responsibilities? I feel more sure of myself as a performer, and I look forward to that snowballing into feeling and being unstoppable.

The struggles with diet culture, fertility and self-acceptance are at the front and centre of this work. Why was it so important for you to tackle these issues head-on?

I think right now with social media, we are in a constant state of comparison and being sold a lie. Terms like “wellness” and “self-care” are being thrown around A LOT lately by Instagram influencers and YouTubers, and it’s extremely irresponsible and dangerous.  If the outcome of a product or “healthy lifestyle change” is to shrink you, then that is a diet being masqueraded as “health and wellness.” I’m not a doctor or a nutritionist and I certainly don’t know what’s best for an individual, but as someone who has spent their entire life trying to morph their body into something else, you should ask yourself why and also who profits off you feeling this way? Self-acceptance can be emotionally and mentally laborious, and buying fucking detox teas or a face mask will not make you love yourself.

As far as fertility goes, when I found out I had a fibroid stretching my uterus out to impressive lengths, it was the first time I ever heard of a fibroid. How could that be? Fibroids, PCOs, and Endometriosis impact a lot of people and if there is no cure, there for sure needs to be more awareness. Never did I ever stop and think that my periods were abnormal. What is the hormonal barometer for this? The perception that pain is normal prevents people from seeking a solution. And for that I just think we need to be talking about this more, because there are so many people suffering.

Growing up you are taught about safe sex and how to avoid getting pregnant, but no one ever teaches you about infertility or how to handle having a miscarriage. I think that’s really important to acknowledge.

What has been the most rewarding part of writing this play?

I had so much fear in writing this show. It is so personal to me, and sharing my story sometimes felt like inviting strangers into the places that I am so ashamed of, but once I announced this play to the public, I received so many messages of support and people sharing their experiences, that I quickly realized this story wasn’t my own. I believe in myself as a comedian, and it’s rewarding that my comedy is now attached to vulnerability. Personally, writing this play has been a coping strategy for my experience; it has helped me stay accountable in my thoughts and also recognize my privilege as a white, able-bodied woman. There are other people in other bodies fighting other battles too.

I want The Weight of It All to be a support system that encourages people to keep working through their shit. I see you, and I am in the shit with you. Also, we can’t blame everything on Mercury in retrograde.

What have you learned through all of this?

This fibroid may slow me down, but I was able to run a 30 km race with it, I became a certified personal trainer, I’ve gone to auditions, booked some gigs, I’ve written a show, and I’ve forced myself to get on stage again and again. When I think about all of that, my body then becomes something I want to care for in return for not giving up on me. Also what I look like and how much I weigh becomes the least important thing about me. A scale cannot measure how big I love, how I treat others, or how funny I am.