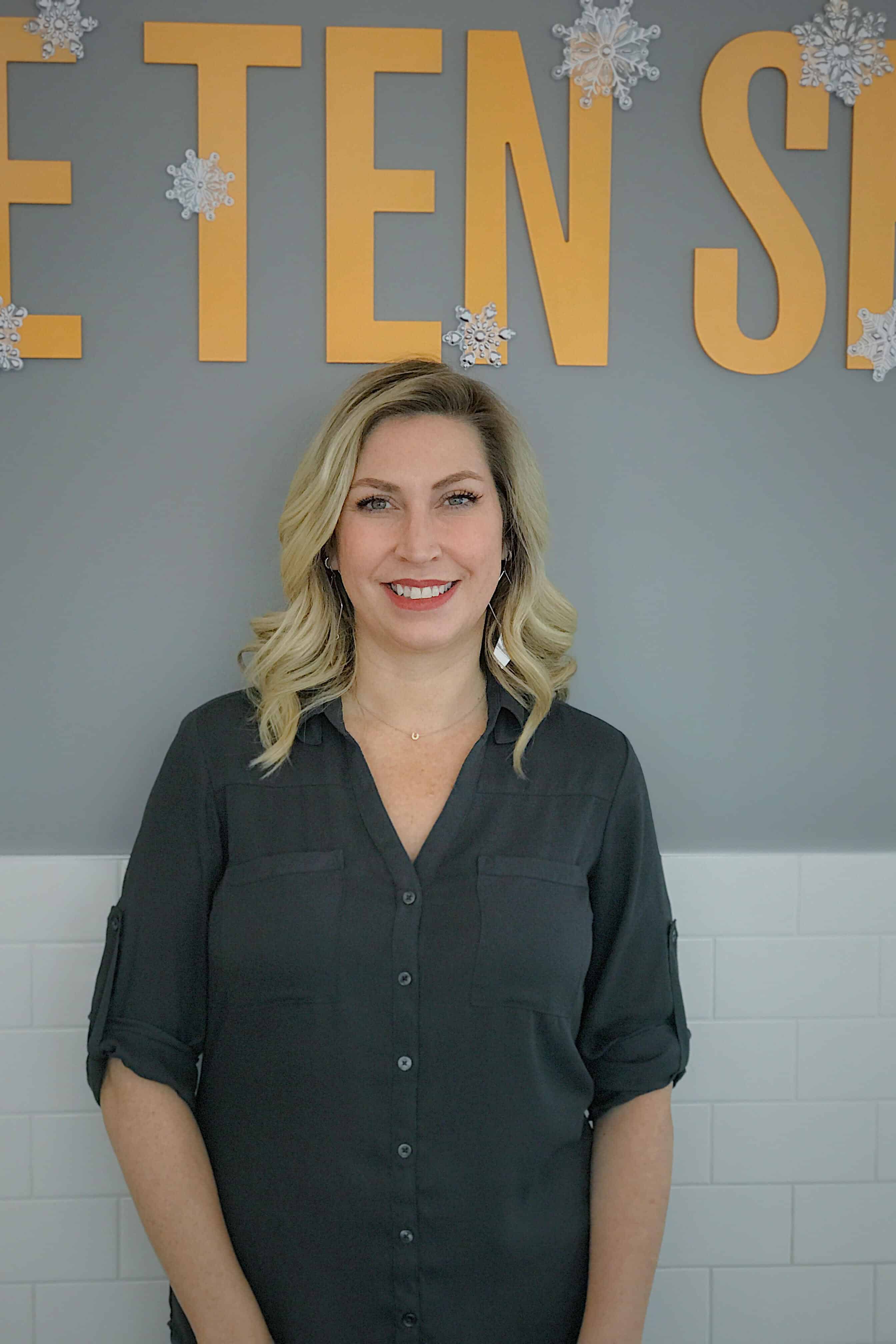 When April Simard re-entered the working world after being a stay-at-home for ten years, she felt out of her element. “I felt strange,” she remembers, “I hadn’t worked in so long.” But she picked up a receptionist job at a salon, and loved the vibe. “I loved getting to know the regulars. For the most part, people come in happy, and leave happy.” She started to mull over the idea of opening her own spa.

Simard had been a long-time follower of The Ten Spot, and she saw potential in opening up a location in her hometown of Sault Ste. Marie. She started to do some research, and after much deliberation, her husband (and now business partner) urged her to apply. She sent off an application, then got a call to do an interview. “When you look at it one step at a time, it’s really not that overwhelming. It’s not the big end, it’s the little steps that make it attainable.”

“I was 40 when I did this, so I needed a solid and secure plan,” says Simard. “Franchising is the way to go… It’s the full package–if you do your research and pick a good one.”

While not an aesthetician herself (her background is in dance and floristry), The Ten Spot provided training and testing for her team of aestheticians and front-of-house staff. “I know the protocols, I just don’t do the services.”  With ample standard operating procedures included with the franchise, along with a clear set of core values and principles, she found it seamless to get up and running.

In the beginning, the biggest challenge she faced was managing time. “I really felt that I needed to be here 24/7,” she recalls.  She’s since learned to delegate, and set up guardrails–being there to support but relinquishing some control. “I’m not a micromanager, but I’m a little bit of a control freak,” she admits. “But I’ve learned that with proper education and guidance, your staff can do what you do. Then, that involves them in the growth of your business, there’s a buy in. There’s commitment.” She’s had a court-side seat as her staff develops; “I love seeing them master their skill, and becoming their own boss; building a clientele, getting guests coming back and asking for them. They’re building their own relationships, and I love seeing that. You can see the changes in them; they get confident.”

Her biggest fear going into business was that there wasn’t enough market to support such a venture in a smaller city. “But we have been pleasantly surprised at the amount of people [who’ve come on as clients],” she says. “I know when I graduated high school, I couldn’t wait to get away. But I feel there’s new ideas coming, there’s a younger, fresher crowd now. I see growth all the time.” Mani-pedis are especially popular; as well as the Ten Spot’s renowned waxing services. In a few short years, Simard has built a loyal following. “They know us,” she says. “They come in and catch up, I love that. You get to know people and develop relationships.”

Simard enjoys having “the freedom to come and go as I please,” she says. “I try to make it home to get my kids on and off the bus. I have an amazing group of women; I trust them. So if I have to go to a school concert or doctor’s appointment, I can do that because they keep things running here. I have quite a bit of freedom to balance. It’s a good deal.” She has been especially buoyed by the support of other women in her community. “People are super supportive, especially other women in business. As a stay-at-home mom, you don’t get to talk to many new people. So it’s great to be out there and talking to people who can relate about things you’re involved in.”

While Simard used to think of herself as an introvert, operating her own franchise has made her realize what she’s capable of. “I really had to force myself to put [myself out] there,” she says. “I always worked behind-the-scenes. And was then at home with my kids for a big part of my life. So [becoming an entrepreneur] was a big shift, and a scary one, but if it doesn’t scare you, it’s not changing you.”