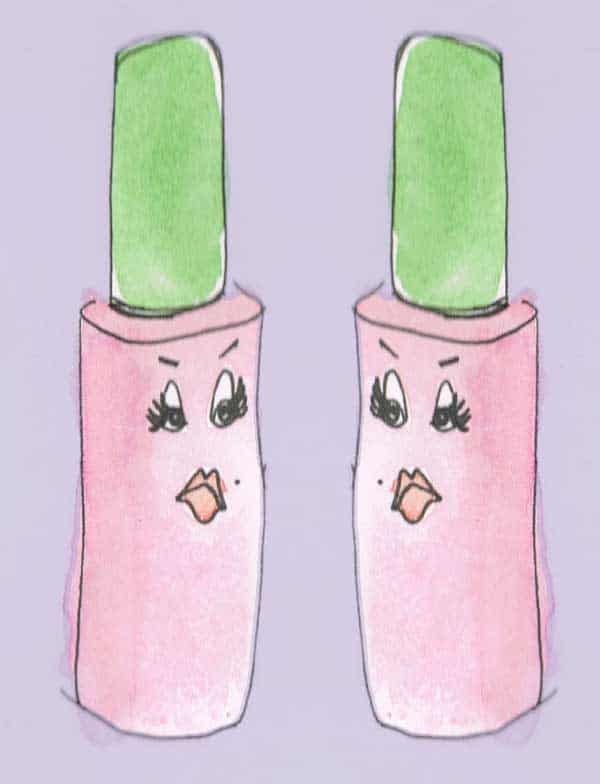 How does makeup make us feel? A complicated relationship with beauty.

Our pals at Into the Gloss recently posted a piece entitled, “How Does Makeup Make You Feel?“ that asks, quite literally, how makeup makes us feel. So in light of that article (and my own whacky relationship with cosmetics), I thought I’d weigh in. I should say, before we go too far, that this piece was written with a few assumptions in mind: mainly that makeup has always been, and remains,a feminist issue. It has been used as a systemic tool to propagate beauty myths and maintain patriarchal standards of womanhood. There is no denying this. Ideas about public and private domains, the displayed and the hidden, “flaws” and “beauty,” are structured and defined by our patriarchal past and present. And so every other word in this article should be wrapped in quotes: “beauty,” “flaws,” “pretty,” etc. Great.

I’ve started seriously wearing makeup lately. I’ve got a lot of time on my hands, so my hands are busying themselves by putting mascara on my eyes and foundation on my face. It’s fine. I feel “prettier,” but dirtier at the end of the day. I have to wash my face consistently for the first time. And I can’t rub my eyes, which I like to do.

Beyond my budding feminist reasonings for not wearing makeup, my initial reasons were strangely egotistical: I took the “You’re pretty without makeup” attitude to the extreme. Somewhere in the potentially just-jealous recesses of my teenage brain, I decided that people who wore makeup were beauty frauds: fake-os who changed their “real” selves every morning, using the power of illusion to make people think they were beautiful. I saw them as insecure, disempowered, boy obsessed weirdos who I didn’t like. I couldn’t understand why people didn’t just shun makeup wearers all the time.

But we do, and we need to stop, because this isn’t a new idea; people have disdained the use of cosmetics for centuries. But we’ve also created beauty myths that are unattainable by any other means.

I decided that looking less-than-perfect sans makeup was a huge (moralistic?) step above “faking” beauty. That being said, I did experiment with makeup and tried to make it look as “natural” as possible. (Oh, the “natural look”—what terrible business exec created you? It’s designed for those of us who, like me, want to look inherently flawless without giving away the fact that we spent time and money to do so, successfully hiding the “mask.”) I never asked myself where this idea of “real beauty” came from and who it excluded. I never gave much thought to people who felt they had things to hide; things like acne or scars or, gasp, blonde eyelashes, or people who felt genuinely insecure about the things they saw as “flaws.” I never thought that, like me, they were being inundated with a slew of beauty and body propaganda that told them they were imperfect.

Spoiler: I’m more relaxed now. I like makeup. I love dressing up and playing a part in this big city full characters (more often than not my “part” is that of a lonely basement dweller, no makeup required!), but I realized some of my old misgivings remain: just because I wear it, doesn’t mean I want it known that I’m wearing it. Perhaps the public “mask” is meant to be applied privately.

Walking down Roncy last night, I saw a woman leaning on a sidewalk planter while applying foundation. I heard my partner make a dismissive noise. But a minute later he muttered, “Well, no… good for her.” It echoed my experience on the King streetcar a few days prior: I’d spent 45 minutes crawling downtown from Dundas West while the woman sitting next to me went through her whole makeup routine. At first I was affronted: Makeup? You don’t need that! And in public? Gross. That’s a behind-closed-doors thing, ladies!

But these women were clearly far more confident and comfortable than I am, and what’s gross about that? My distaste had to be analyzed: Though I had called for makeup wearing transparency in my early years, I still assumed that existent beauty routines were personal, secretive, and unseeable acts. It seems we allow women to be either plain-faced or done up, but rarely display the transition. Don’t show us the changing, show us the change! You’re revealing too much! If makeup masks imperfections, why display the masking? Doesn’t that defeat the purpose?

Then why wear make up at all? Maybe the women I saw weren’t masking imperfections, and maybe they don’t consider their features “flaws.” Or maybe they do. Maybe they don’t consider makeup as “masking,” but rather enhancing. Maybe makeup gives them confidence. I’m still not entirely sure. But I think I’ve come to understand that, as is the case with clothing, people wear makeup to further cultivate their public, seeable selves. Taking the secrecy out of the “becoming” or “masking” or “enhancing” process allows a certain freedom and acknowledgement of the myths we’re enacting.