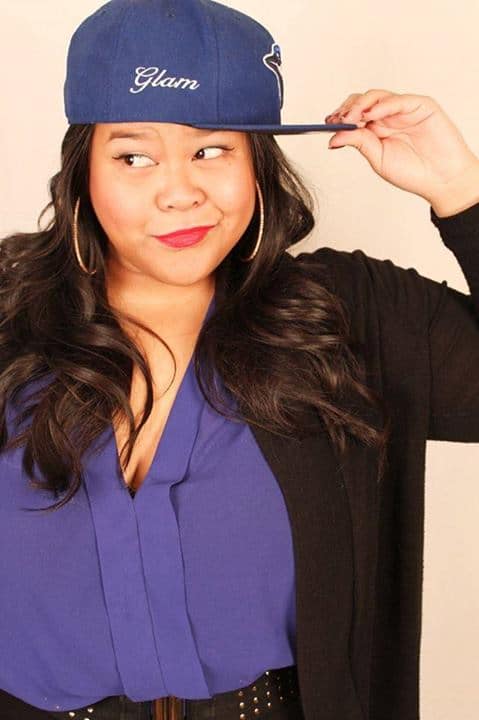 "My love of butts is inextricably linked to my love of the Jays."
Life Stories

Is there any season more full of promise than springtime? The promise of warm, beautiful weather after so many cold and dark months, the promise of new loves and summer crushes, and most importantly, the promise of seeing sweet, sweet butts hitting homers at the Roger’s Centre. The answer is NO because no other season coincides with the start of baseball season. My name is Ann and I am a fan of the Toronto Blue Jays and their luscious butts.

I love butts. Butts are incredible. Male, female, anyone who doesn’t appreciate the human butt is a deranged craze-o lacking the ability to appreciate real beauty. Personally, I favour a real thick and juicy rear but really, all butts are special and deserve respect and adoration. Especially when they’re attached to some fine, fine ball players. Toronto is home to some of the greatest butts in baseball. We’ve got the high-profile butts like Jose Bautista and Brett Lawrie, but we’ve also go a lot of unsung butt heroes like Moises Sierra and Adam Lind. And I want to share them all with you because, like I said, all butts are deserving of love.

My love of butts is inextricably linked to my love of the Jays. My obsession with both of them started halfway through last season and with the same event: watching a 3-minute “behind-the-scenes look” at the making of ESPN magazine’s Body Issue that featured a very naked Jose Bautista. I’ll stop here and give you a few minutes to watch it.

Are you back? AM I RIGHT OR AM I RIGHT?!?! To say watching that clip was a defining moment in my life would be the biggest understatement ever spoken in the history of all time, no hyperbole, because I honestly question if I was even ever alive before I saw that thickness. What started as me wanting to see more of Jose Butt-ista ended up in me discovering the glorious world of baseball butts and, less immediately but equally intensely, the sport itself. It was like the book Are You There God? It’s Me, Margaret, but instead of wanting bigger boobs, I chanted “I must, I must, I must increase my butts,” and God answered.

Fast forward to last Friday night, sitting in the nosebleed seats for the Jays home opener against the New York Yankees.  Since I am a baseball late bloomer, this was the first time I’d ever gone to the first game of the season. Now I felt like a true fan, and not just a gawky butt-pervert. This is apparently normal; I was told to expect a lot of band-wagoners, drunks, newbies wearing heels that might send them flying over the rails. Everybody’s a true fan during the first game. And I’m totally okay with that. What’s wrong with wanting to be excited about something other than yourself? Ladies, if you wanna wear crop tops and shorty shorts that will ride up uncomfortably in stadium seating, who am I to poo-poo that? Gents, if you don’t know the names of a single player but got a jersey for Christmas from your uncle and decided to finally give the whole “sports fan” thing a try, why the H not. Go on with your bad selves, just don’t get in my eye-line while I’m trying to memorize every curve of Edwin Encarnacion’s butt so that I can maybe make a clay bust of it.

Even from the 500s, I’m happy to report that everyone’s butts were already in great shape in their all-white uniforms. Especially left-fielder Melky Caberera who is absolutely on fire already 5 games into the season. I think his success at bat has everything to do with the two melons he stuffed down the back of his pants (or, possibly, having a benign tumour removed from his spine in the offseason combined with years of training and an intense practice regimen, hard to say). Cabrera hit a home run at the bottom of the first inning against Yankee pitcher Masahiro Tanaka and the roar that went through the sold-out crowd was as intense as the roaring of my fan-gina each time I see Lawrie or Bautista stretching before the game (the most holy of experiences). Watching Cabrera’s meat biscuits trot around the bases is probably why the book/movie Field of Dreams was made, or at least I’ll assume that’s why because I haven’t read the book or seen the movie. Ultimately, we lost on Friday, but we’ve got a whole season ahead of us.

When I first started watching baseball, I came strictly for the fine behinds, but ended up staying because I got so invested in this team. Once I stopped staring exclusively at their backdoor squeezies, I saw the athlete that’s worked hard for years to become a professional baseball player for a successful franchise in what is arguably the most competitive division in the MLB. And I wanted them to win. So while I’m not an expert on baseball (yet), I’ve got the whole rest of the summer to learn. It’s only the fifth game of the season, but there’s so much promise this year for our boys of summer. I’m so excited to cheer them on and learn all about them, as individual players and as a team. Won’t you follow me down the rabbit (butt) hole?

Ann Pornel will be writing about baseball (and, let’s face it, probably butts) for She Does the City all summer. Follow her butt-ventures on twitter: @annpornel
Photo by Chantale Renee

"My love of butts is inextricably linked to my love of the Jays."