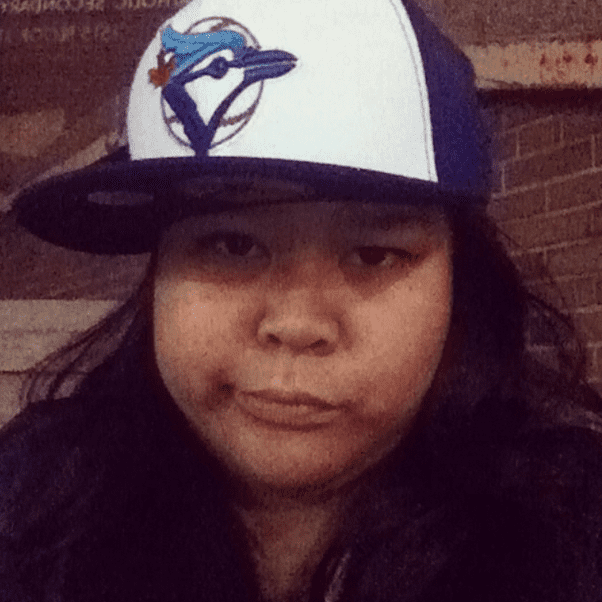 "It's crazy to expect your team to win every single game or to hit every single pitch or to catch every single ball or to make every pitch a strike."
Events & Culture

How to Cope With a Losing Streak

Full disclosure: I hate that I’m writing this right now. Not because our beautiful Blue Jays are doing particularly badly (hot tip: they’re not), but because I don’t see any benefit in being one of those fans.

“Those fans” – Loosely defined as that Negative Nancy or Negative Ned bringing everyone down. They’re the ones that roll out the guillotine as soon as a sports team loses two games in a row. The ones who haven’t even let the game finish before they’re all “UGH. THERE’S NO HOPE. THIS TEAM SUCKS. WHY CAN’T THEY WIN? FIRE GIBBY. FIRE THE BULLPEN. TRADE THE ENTIRE TEAM. I’M OUT!” You know that friend you have that manages to find just the absolute worst in anything no matter how hard you try to convince them otherwise? Yeah, them.

All teams have those fans, but Toronto has an alarming amount. And even though I’m a new sports fan, I totally get why. We live in Toronto, a city that isn’t allowed to have nice things happen to our sports teams. Our teams are the Maple Leafs, the Raptors and the Blue Jays. None of them have won a championship in, like, forever, and until this year with those beautiful Raps, we had no hope of enjoying an elongated post season. And even the Raptors got denied.

**Side Note: That #WeTheNorth campaign was beautifully done. That commercial with “We are the North side, a territory all our own. If that makes us outsiders, we’re in”? That shit was so inspiring and hopeful, it melted even my cold and broken heart. If you weren’t at all affected by it, go to the doctor because maybe you don’t have a heart or a brain and if that’s the case HOW ARE YOU READING THIS, YOU MEDICAL WONDER?!?!?!?! WOWOWOWOWOWOW**

So if we live in a city is notorious for its sports teams blue-balling us on a very regular basis, what can we do? Last year’s Blue Jays were the league favourite to go all the way to the World Series, yet we were last in our division. Save for an 11-game winning streak we had, last year was as disappointing as when you  hit up a buffet at noon expecting to eat 4 full courses of chocolate-covered strawberries, only to find out they trot out that premium items at dinner service. How do we ever learn to trust again?

Much like when some ding-dong you met online stands you up on a date, you take it with as much grace and dignity as you can muster and keep your heart open. You don’t declare it’s the end of the world, justifying that large pizza and bottle of white wine you completely demolished, and set your hope and optimism up in flames via that candle from Bath & Body Works. You keep supporting your team because they’re doing their goddamn best, hustling day after day, to do a job you know they’re so thankful to have.

Baseball is a losing sport, deal with it. The Jays play 162 games in the regular season, not including play-off games in the fall. That’s a lot of games, and the road to the World Series isn’t always gonna be “ALL I DO IS WIN, WIN, WIN NO MATTER WHAT.” The highs are gonna be incredibly high (hello, 9-game winning streak in May) and the slumps are gonna feel like they’re never-ending (hello, kind of what we’re going through now).

Before you go and rant about how terrible a player or a team is, simmer down and look at the statistics. Does the precise mathematical data designed to show someone’s performance without bias and emotion say the Jays are just “a shart waiting to happen”? In this case, it’s not. Out pitching is getting more and more consistent (for the most part), and our offense is still full of powerhouses that are on a bit of a cold streak right now. Our defense does need to improve, but isn’t terrible considering one of our best is out with a broken finger because he got hit THREE TIMES IN LESS THAN 2 WEEKS ON BOTH HANDS (Brett, are you reading this? Let me smooch you back to health).

Before you start trolling Jays messages boards or Tweeting doomsday prophecies at sports writers (shout out to my favourite SportsNet guys Mike Wilner  and Barry Davis who have to endure some of the most frustrated fans), stop for a moment and think: does this sports team’s performance have any real bearing on your life? Unless you gamble on professional sports, no, it doesn’t. So take a pill, man. Why did you get into sports in the first place? Probably because you love watching the game, yeah? And they’re giving you that every time they play. I got into sports because of the butts, and lucky for me, those look good no matter what place the Blue Jays are in, which is currently second place as of July 1st.

And hot tip: there’s nothing truly awful about them falling to second place after spending over a month with sole possession of first: the best they’ve done since the early 2000s. It’s crazy to expect your team to win every single game or to hit every single pitch or to catch every single ball or to make every pitch a strike. To put things in perspective, a really, really good hitter is someone who can hit the ball 1 out of 3 times, which would give them a. 300 average. Could you image how your life would be if 30% was considered GREAT? I would’ve done much better in university, I’ll tell you that (eff you to hell, Endocrinology, what the eff do I need you for anyway).

All of this to say: Jays fans, it’s okay that our boys in blue aren’t perfect and you shouldn’t expect them to be. They want that win probably more than you do, so let them worry about it because that’s their job. Our job as fans is to cheer, support and go crazy when they’re hitting those home runs. But to also cheer, support and stand by them when things are a bit cold. Because those highs wouldn’t feel as good if we didn’t know what it felt like to be low.

Oh, man, did I just manage to not-so-subtly sneak in a metaphor comparing love and online dating to baseball? YES I DID. #YesWeCan #Obama4MoreYears #WeTheNorth Tune in for my next article where I will compare my OkCupid experience to being a ball getting effing smashed to shit by a bat. Hahaha, I’m kidding—I will not be writing about what is going down on OKC rn. My sanity couldn’t take it.