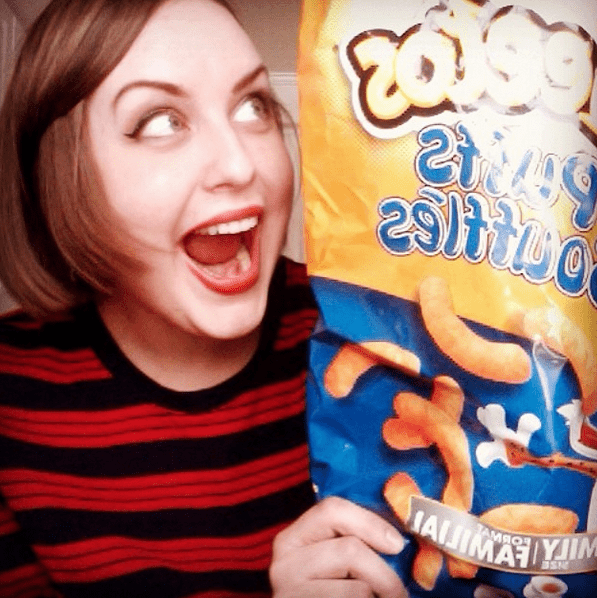 How to Deal With Introverts As An Extrovert

Here’s the thing: I like going out. And not going out in the “going out and getting shit-faced” sense of the word – I like being out, I like being around people, and I genuinely feel better among friends, family, and even people at the mall. I am *clears throat* an extrovert. And I know it’s controversial, but listen up: it’s who I am.

(Realizes nobody finds it controversial at all; continues speaking from atop her soapbox.)

If I’m tired and cranky, the fastest way for me to cheer up is to make plans. More than two nights at home doing nothing will send me into a naval-gazing pity party, and within less than 48 hours I will become easily the worst human on this planet. (You know Hannah Horvath in the first episode of Girls? I put her to shame.) Even if I’m dreading a party or dinner, I’ll feel better after showing up 99% of the time, and currently, despite feeling like I’ve been hit by a small truck, I’m still hoping to rally so I can see friends tonight.

So in a world in which introverts are waving their flags from the comfort of their homes, I’m waving mine from . . . probably a McDonalds parking lot (let’s face it). This is how I’ve embraced my inner and outer extrovert while surrounded by introversion, and how, if you want, you can do the same.

1. Accept it, damn you
I don’t drink, I don’t do drugs, I do drink a lot of coffee, but aside from that, I’m Drake (I’m all me. Get it, guys?). I have a lot of energy, and, as un-chill as it makes me, I feel better when my day is completely packed: I get up early, I work until my brain can no longer summon the names of every guest actor on Friends, and then I make plans. This is the shit that makes me happy. One night – maybe two, if everyone’s away – of Netflix is fine, but it bums me out. Not because there’s anything wrong with staying in and watching Netflix, but because I have nowhere for my energy to go. Bringing me to my next point . . .

2. Find outlets for your energy
Surprise, surprise: a fuck-ton of people are introverts. And look, some of my best friends are introverts! (#NotAllIntroverts) Introverted people are wonderful. The thing is, I am just not one, and am confused by the choice to stay in more than go out. I mean, going to dinner is like staying in! You are technically inside, right? (Right?? Guys, I don’t know. The lady at Short Stop and I talked about teen culture for 20 minutes this weekend.)

But in the same way introverts confuse me, introverts are confused by me. (And you, if you are also an extrovert.) This means you can’t expect them to want to go to a casino or on a road trip or to this thing or to that thing 100% of the time. Which also means you – yes, you! – need to find an outlet for all that socializing. Maybe it’s work, maybe it’s a sports team. For me, on nights where plans have been cancelled, my outlet is either making other plans, or going to the movies, because when in doubt, I always go to the movies. Did you go to the movies last night? I was probably there. You should’ve said hi.

3. Don’t try to be an introvert
There was a quiz going around a few months ago about being a secret introvert. I think the quiz even told me that I was a secret introvert. I mean, I love a good nap and trip by myself to the mall, but . . . no. Abiding by that new label would be like forcing an introvert to embrace “secret extroversion.” Meaning that all roads would lead to frustrated tears and a complete lack of energy or will to live.

4. Force yourself out
But then there are the times where it’s been three days without real plans, and you think “Maybe I will just sit in bed again tonight because life is obviously the worst and no one is around.” No. Nope! It’s a lie. Your energy has been zapped, and you need to get yourself out of the house right this second. 99% of the time (unless there’s another issue afoot), you will feel better as soon as you are in the presence of another person. (As long as that person is fun. No negativity on those days, thank you.)

5. Keep a balance of extrovert/introvert pals, though
However, as fun as being an extrovert is (and it is, damn it—so next time you hear a judgey, “Wow you’re such an extrovert” accompanied by an eyebrow raise, just shoot that shit down), you’ve still got to respect that not everybody’s on the same page. Does this suck? Obviously. (Your page is amazing. Why can’t everyone be on it? Come on, guys!) But like you want non-extroverts to respect your choice to have plans all week, you’ve got to respect those pals who want the opposite. I say this because I’ve learned that “come on!” is a shitty argument for trying to convince someone to go to Niagara Falls last minute. Just like “Oh, but the casinos are open all night!” is equally bad – unless you’re making plans with a fellow extrovert. Then that’s actually just how buddy comedies start.

Shout it loud, shout it proud, extroverts. WE’RE FINE SEE YOU THIS WEEKEND I’M EXCITED FOR OUR PLANS!!!