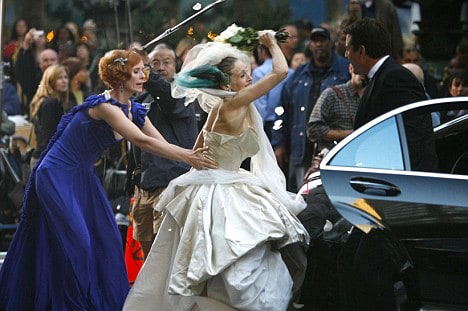 HOW TO DEAL WITH REJECTION

Boiled down, most forms of rejection are pretty much the same – whether it’s at the hands of a crush or a professional or your hairstylist. (Is “make me look like Rihanna” really such an outrageous request?) I’ve been turned down by the likes of all! Here’s how I cope with being rejected.

Accept that you will be rejected. It happens to the most lucky and faultless and successful among us. And, the weirder of an individual you happen to be, the more likely you are to be shot down. (Although I maintain the opposite: that it is really me who is rejecting society and all the boring normals who make it. Do not underestimate my ability to delude myself – which is one requisite coping mechanism.)

Sure, odds are that someone, somewhere, will pick you first. But that won’t happen all the time, and maybe even never! Get used to it.

Rejection isn’t always a negative, at least not in the obvious way. It’s how souls get tough. Each time you’re turned down, your skin will deflect at a better angle, leaving you less bruised. But danger looms large because rejection can also leave you hard and jaded.

So fashion yourself a suit of armor. I like to visualize my own defense as a thick outline of white light (think those chalk traces of dead bodies at murder scenes). It can be made of marshmallows and Lego for all it matters, as long as it is a fortress under which you can keep your weaknesses and insecurities and doubt tucked safely out of sight. It’s a secret only for you (but we all got ‘em). You don’t have to don the blasé-cool-girl hat for everyone, but don’t leave yourself entirely exposed to those who hold your vulnerability in their palms.

A big part of coping with the brush-off is the ability to delude one’s self. You need to have many different faces for the world in order to keep yours safe. That way, no amount of rejection will discourage you (as it shouldn’t). Being rejected by a crush doesn’t mean you weren’t cut out for love and being turned down by a professional doesn’t make you any less talented. As for whether that mantra is my truth or my delusion remains to be seen – ask me again sometime, preferably on one of the days I actually believe it.

For now, the trick is to shift your focus. Sure, being rejected is an experience to learn from and to better yourself blah blah, but it might also lead to a much-needed shake-up. The first option isn’t necessarily the only – that is, there is no such thing as right or wrong, only the route you decide to travel. And it is nice to explore as many trails and ways as possible.

Keep on truckin’ (and other platitudes)

I find it hard to believe that there exists some devastating form of rejection that could suck all the passion from me to a point where I’d call it quits – though I have come close. That’s because the alternative is even more fearsome: to stop putting yourself out there, to stop dreaming and hoping and creating. And that is a pretty pathetic way to be, isn’t it?

Most mentors, heroes and recipients of our admiration advise that we never give up, we never take no for an answer. Easy for a successful person to say. As for us proverbial starving artists, validation is our daily bread, and the only way to get full is to pursue any and all opportunity for a loaf.