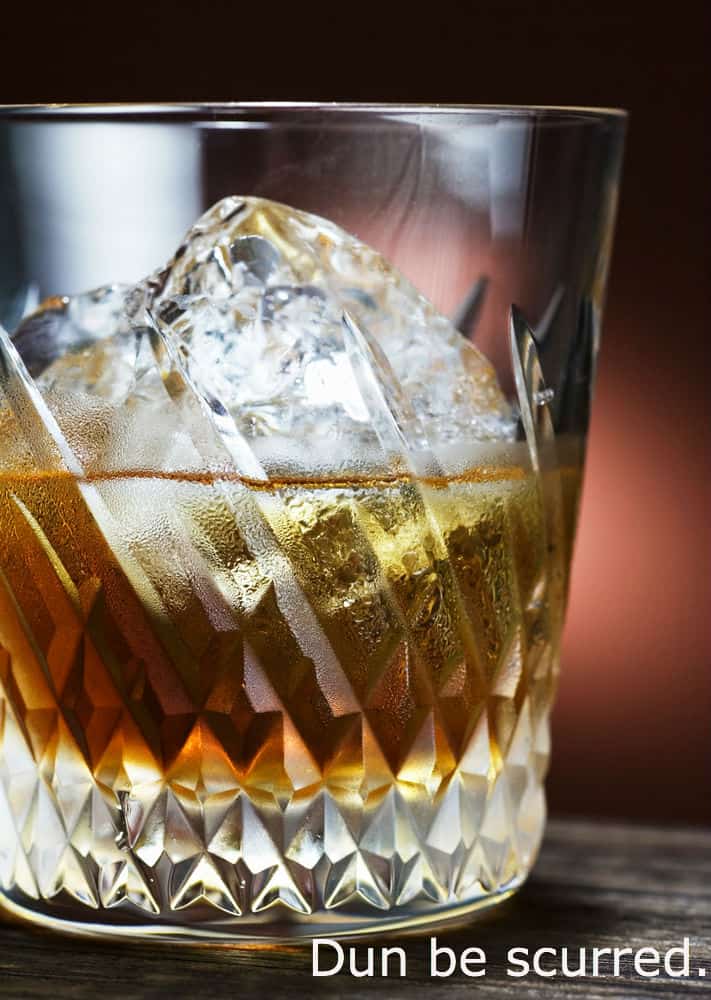 Maya Angelou once wrote that anger is like fire, “It burns all clean”.  The same is true of good scotch.

Scotch is intimidating.  When the untrained sip it, the overwhelming flavours and rich burn consume them, pucker their lips, leaving them looking like a ninth grader who just downed their first Jägerbomb. Admittedly, getting into Scotch is hard. But, like baseball or sex, once you push through the initial confusion and awkward acclimatization period, it can be highly enjoyable.

Scotch Level:  Rookie
Don’t break the bank with your first bottle—you won’t enjoy it yet.  Start with something moderate like a 12-year-old Glenlivet. If you’re lucky enough to be travelling through the duty free, a 10-year-old Glenmorangie should only run you about $45, depending on USD/CDN exchange rates. With your first dram, adding a touch of water and ice might help. Over the course of time you might wean yourself off ice and water—or not, some scotches benefit greatly from a touch of water to bring out the flavour, and all but the stoutest will have hard time not cutting many marked “cask strength.” Ice on the other hand is considered poor form with scotch, as lowering the temperature can dull the flavors and aromas. Finally, if you order a scotch and soda, my ancestors will haunt you.

Scotch is revered for its quality because of the strict production requirements that have to be met in order for a whisky to be called a Scotch.  Primary among these is that all scotch must be aged in a barrel for three years and a day. Scotch ages munificently until about the age of 25. After that point, like Cinderella at midnight, it gradually reverts to its former self.

Last summer, I sipped a Lagavulin that had been aged in a cask since ’64 and was surprised at how much it tasted like a shot of Old Spice. Over-aged scotch, despite tasting like club-land, does not decrease in price—rather it grows. The aforementioned shot of after-shave ran at £250 per shot. If you wish to splurge, your money is better spent on scotches aged for a period in different casks, which adds to the complexity.

Scotch Level: Winston Churchill riding a Harley whilst flipping the bird to all the haters
When drinking scotch, try to pick out the various notes of flavor like you would with wine. You may find honey, almond, citrus, smoke—various factors come into play in creating its overall flavour. Barley dried with peat moss has a rich smoked-earth flavour (Jura’s Superstition is lightly peated, and an excellent introduction to peat) . Auchentoshan Three Wood gets its flavour by being aged in three different casks—American Bourbon, Spanish Oloroso Sherry and Pedro Ximenez Sherry—all of which contribute to its palate. Catalog what you do and don’t like. Over time, that’ll help you figure out what scotch is for you. Note the region a scotch comes from and what the trends of that area are—Lowland scotch, for instance, is typically more mild. With the exception of Bruichladdich, Islay scotches are known for their heavy, smokey taste. If you want to get really serious about it, keep a scotch notebook, with tasting notes and impressions, and a list of fancy-guy things to say after each sip. “Mmmm. Scotchy-scotch-scotch. Bottoms up, mates!” or whatever. I believe in you.