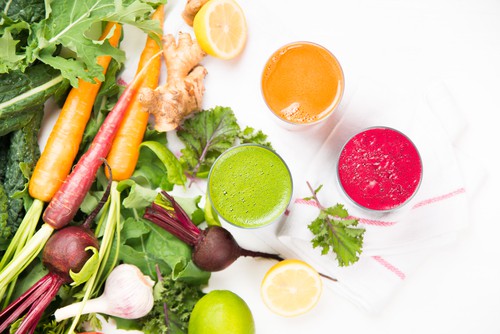 How to Get the Most Out of Your Juice Cleanse

Posted on February 18, 2014
When we juice cleanse, we aim to rid our body of toxins. But juicing alone won’t irrigate the toxin-heavy build-up in your digestive tract. Whether you decide to go on a juice detox or follow a healthy, light meal plan for your cleanse regimen, there’s something you should consider adding.

That thing is a colonic. I’m not about to get down to the nitty gritty visual details of the procedure; I don’t need to write “poop” that many times today and, well, Google exists for a reason. Suffice to say that a colonic is hydrotherapy, wherein water goes in and old fecal matter comes out. The goal is to get rid of buildup in the digestive tract while hydrating you from the inside out.

When it comes to a colonic, prep is key. In the days leading up to the procedure, consider axing grains, dairy, caffeine, sugar and alcohol from your diet. If you’re leading into your procedure with a juice cleanse, all the better. Prepping allows your body to do its job, moving toxins through your organs and into your digestive tract, without interference from preservatives or other harsh ingredients. Think of it as soaking the dishes before scrubbing them clean (the dishes are your butt).

During my colonic, my hydrotherapist and I talked about the practice in terms of lifestyle. She said that when people with poor lifestyle habits come for a colonic, it can often be an uncomfortable or unfulfilling experience. The reason? They have a lot of hard buildup deep in the large intestine. It will take several sessions to give such a person the optimum results of a post-cleanse colonic. (Remember that thing about soaking the dishes?)

During your colonic, you’ll also get an abdominal massage, which relaxes your innards, allowing them to expel even more. And when I say even more, consider that some people have dropped 20+ pounds (!!!) of fossilized fecal matter during a colonic.

Besides digestive bliss, you’ll experience a few other benefits from your colonic. The most immediate is energy and a sense of lightness. I experienced cramping for about half an hour following my first colonic, but after that passed I felt clutter-free, physically and mentally. Colonics also do wonders for the skin. My foray into face mapping revealed that some zones are related to the intestines, and for me, my large intestine zones cleared up literally overnight following my colonic. I woke up, looked in the mirror, and whispered witchcraft. I shouldn’t have been surprised; my hydrotherapist told me that in her native Czech Republic, they call colonics “colon shower for beautiful skin.”

When you’re next embarking on a cleanse, book a colonic in advance. To keep this wallet-friendly, here’s a pro tip: Groupon regularly has 50-70% off colonic deals for multiple locations in Toronto. So now you’ve got no excuse. Once you’ve driven all the toxins out of your gorgeous organs, maximize your results by giving that colon a shower!