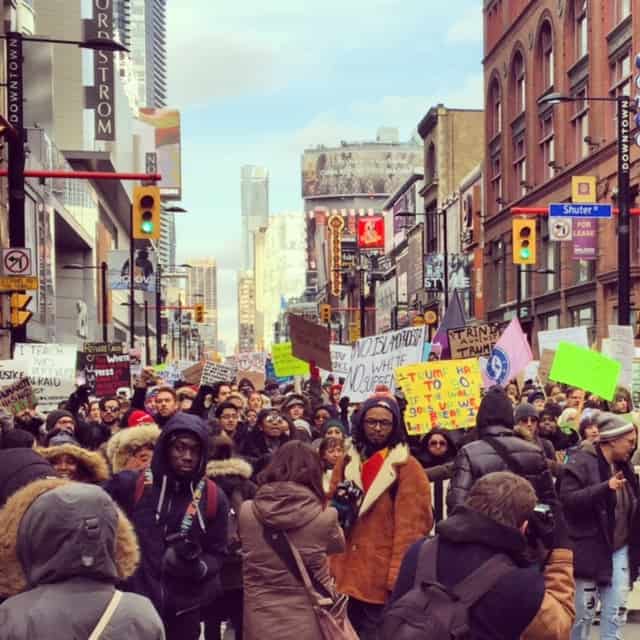 How To Weather Political Conversations

Is it just me or has the world turned upside down in a mere seven days? There’s a lot happening all at once, so much so that I can hardly keep up with it. Tragedies, policy changes, riots. And with all of these events come opinions – lots of them. Some you may agree with; some you staunchly disagree with, but there they are, floating around and affecting your train of thought.

It was while discussing these recent events with a stranger (bad idea) that I realized these opinions had infiltrated my line of thought more than I realized. As the conversation progressed, we got into territories I didn’t know very much about. So, rather than owning up to my lack of knowledge, I began regurgitating opinions I had heard elsewhere—an article, a politically inclined coworker, a tweet.

I realized this mid-sentence and wondered why I just accepted the opinions of others as fact without doing my own research. Maybe I was lazy (true), maybe I didn’t want to appear unknowledgeable (also true), maybe there’s a science to opinions heard over and over again (truest).

We are influenced by the people we respect. When they speak, we often take their statements at face value and without question. Beyond that, a study by the American Psychological Association determined that hearing similar opinions over and over again – either by a group of people or the same person – gives one a false sense that those opinions are much more popular than they could actually be, thus adding to their believability.

Once I started thinking about all of this, I realized it is this type of rhetoric-absorbing behaviour that leads to misconceptions about situations and groups of people. Take, for example, the miscommunication about the recent tragedy in Quebec. People who take the words of Fox News and Sean Spicer may believe the misconception that the shooter was Moroccan when, in fact, he was Canadian.

So, my new motto is: question shit. Even when it comes from someone you respect. Even when it’s your favourite author from your favourite publication. Read the opinion, process it and then read another one. Take in all sides, understand different outlying factors and then come to your own conclusions. It’s far too easy hand pick the opinions in our newsfeeds and timelines and watering hole conversations at work. I’m guilty of it, you’re guilty of it, let’s stop.

That includes this opinion piece. When you read an opinion that might as well have come out of your own mouth, flip to an article that says the exact opposite. It is in the detestation of contrary opinions we can begin to learn what we can and cannot stand for.

The next time someone tries to talk current events with me, the opinions will be all my own.