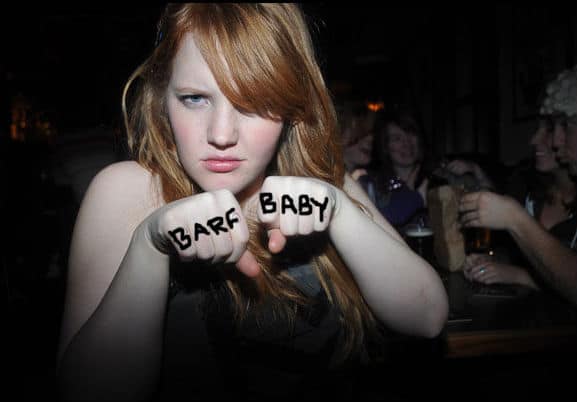 "If you’re not into a long and detailed narrative of spew, turn back now. I mean it, this will be a tale of vom, a ton of vom, and nothing but the vom, so help me Vom."
Life Stories

This is a story about barf.

If you’re not into a long and detailed narrative of spew, turn back now. I mean it, this will be a tale of vom, a ton of vom, and nothing but the vom, so help me Vom. Strap in if you’re ready for it, yak-afficionadoes.

I can’t say for sure if it was Air Canada’s pasta, or the Thai food I ate with my family before I got on the plane, or the Starbucks sandwich I had somewhere in between, or some kind of unrelated virus entirely, but whatever it was, good work to it, it definitely won Britain’s Next Biggest Life Ruiner, for reasons that will be revealed to you shortly.

On the day in question, a day that will live in Vim-famy, I boarded my Air Canada flight back to London with the usual mixture of sad/happy emotions, exacerbated by a rushed but lovely dinner with my Mum, and my Dad’s hilarious and adorable but also really-kind-of-emotional-if-you-think-about-it habit of refusing to leave the airport until I get all the way through security and he can physically no longer see me. The movie selection was pretty choice (Ratatouille what’s upppp), and I ate my bolognese pasta and little crappy chocolate cake and went to sleep.

Then I awoke. The teen beside me was snoozing away with his hoodie over his face, but it was becoming increasingly clear to me that I needed to get out of my seat and into the bathroom for vomit reasons, so I nudged him awake. He looked at me the way I imagine he looks at his mom when she tells him to turn down the Dashboard Confessional, and I awkwardly jangled all the seats in my immediate vicinity until I was in the aisle.

The next twenty minutes don’t need a ton of description except the quick disclaimer that if you’re going to attempt a barf-while-peeing maneuver in an airplane bathroom, do NOT try to wash that barf out of the sink with water. It will make a watery barf stew that will threaten to slosh over the sides of the sink/all over your undone trousers and underwear during the inevitable turbulence that will follow.

The remaining hours of the flight were divided between weirdly sweaty naps and waking up the much-beleaguered teen (Sorry, dude. Who could have known?!) to go to the bathroom and watch each part of my plane meal resurface into the sink.

Real Life Low, right guys? Surely the torture ended there, in my feverish plane nightmare world. No way it could get any worse at all, for indeed what could be worse than a bout of nausea spanning an entire transatlantic flight?

Well, I will tell you.

We hit crazy bad turbulence during landing. Like, insanely bad. It was a real roller coaster ride of emotions, if all the emotions on the roller coaster were softly whispering “barf right now wherever you can.” Wherever I Could looked like it was going to be my own pathetic little hand, so I grabbed my air sickness bag. I started to feel a bit better and the turbulence settled down. Just in case, I reached my aforementioned pathetic little hand inside the aforementioned air sickness bag to open it up, so that if I felt sick later I would have a receptacle.

And that is when I touched a stranger’s cold barf.

As you may have guessed, this caused me to just chunder EVERYWHERE, everywhere mainly being onto one of my very favourite sweaters (RIP that sweater, you deserved so much more). I tucked the sweater under the seat in front of me, said a quiet knitwear eulogy and softly cried to myself while we landed. The teen was un.im.pressed. When I got off the plane I took his air sickness bag with me, as it was becoming increasingly apparent that there was something horribly wrong with my insides and I should steel myself for more bad behaviour on the part of my internal organs.

In line at customs is when I reached what might be my most miserable point ever in life. Alone and surrounded by other tired and worn out (though less smelly/dishevelled) travellers, I felt more barf about to happen. At this point that made sense to me, Gross Barf Lady was the New Me, now, so I calmly reached for my air sickness bag and went to open it and my mouth at once, ready to get it all over with. It was in this moment of calm acceptance that I realized that the teen had put his gum in the bag. Right at the top. My mouth filled with vomit and I clawed desperately at the masticated remains of the sickening cherry-scented wad of resin and spittle holding the bag shut. Barf dribbled out of the corners of my mouth. Someone tapped me on the shoulder, and when I turned towards them to explain that this was NOT A GOOD TIME, I vomited all over a concerned customs official’s shoes and pants.

That is kind of the worst of it, I shilled out for a cab and sat in the back writhing around in my own sweat and half sleeping and waking up to barf and noting glumly that it was a spectacularly crisp and beautiful morning, and the Thames and all the usual landmarks looked unbelievable and this really is a living fairytale land sometimes, but mainly I thought about barf. I went home and the Chunder Express choo-choo-ed up the stairs and into my bathroom and there it remained for several hours. It was maybe the worst, and definitely the grossest, day of my whole life. And you know what, though? Like, pretty nice life.

I had a wonderful trip home and I’m back in another wonderful new home full of lovely people and things, and I maybe spent the past twenty four hours barfing my guts out and literally responding with joy when I found I had no more food and only water to purge from my weird shaking clammy body because water doesn’t have a foul sour taste or any chunks in it, but if that’s the worst, I have no real idea of what “bad” even is. IT’S GOING TO BE FINE, YOU GUYS! IT’S ALL GOING TO BE FINE. #barfs #blessed

A version of this post originally appeared at medium.com but it is Monica’s favourite disgusting anecdote and she cannot help herself. You can follow this and related degrading antics on her Twitter: @monicaheisey

"If you’re not into a long and detailed narrative of spew, turn back now. I mean it, this will be a tale of vom, a ton of vom, and nothing but the vom, so help me Vom."