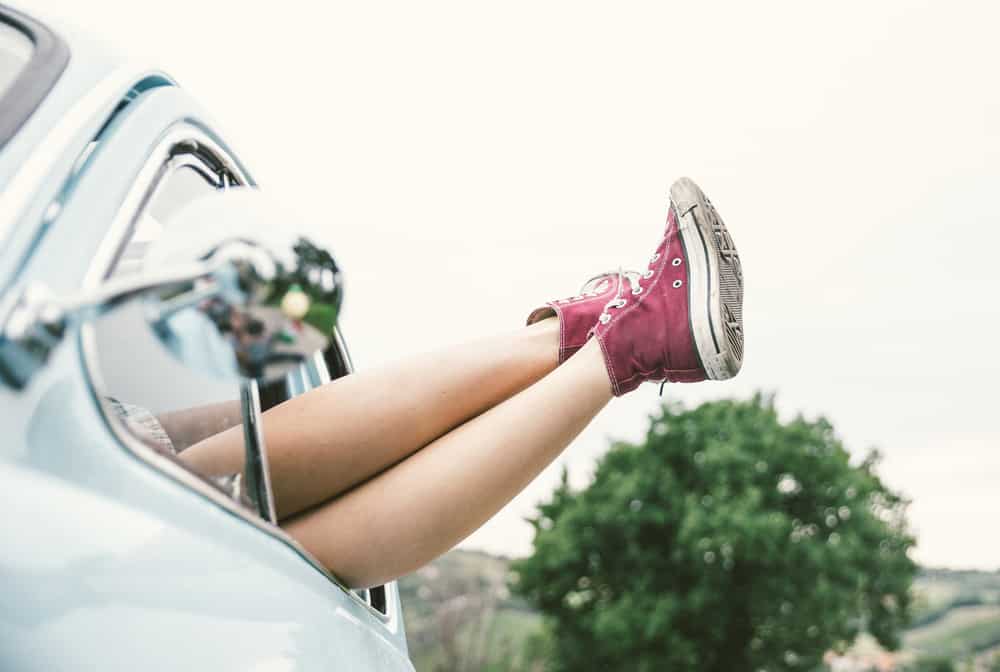 I Have No Idea What I’m Doing

“Who am I? …God?” That classic line of Derek Zoolander answering his mini cellphone will never get old. Okay maybe it already has. I don’t care. I will continue to say it until the day I die.

Now, you may be thinking, “Hey Jenna, what are you doing with your life other than binge watching Netflix?” You are also thinking about skipping whatever plans you’ve made to stay home and watch Zoolander. May I suggest a nice bag of PopCorners? They are my new favourite movie-time snack.

The problem (other than the fact that I’m out of Popped Corners) is that I have no idea what the heck I’m doing with my life. I’ve been out of university for three years now and just graduated from a Sketch Conservatory program at Second City. I’m now in that fun process of having a part-time job at Second City and a full-time job stressing out about what my next move should be.

A little while ago I found myself in a social situation, which is already a place I really don’t want to be. I was seated in between two couples in what I like to call a “sadness sandwich” (vegetarian, as there was no meat). There were three guys across from us that we had never met, so inevitably the dreaded small talk began with the worst question ever: “So, what do you do?” They might as well have asked, “So, how long have you been single?”

We went around the table where my friend revealed she just graduated and is becoming a therapist. Her boyfriend explained he is in solar energy. All eyes suddenly turn to me. My mind started to race. Do I explain that I do improv and have done stand-up a total of five times? Or maybe I should mention that I really like to write?

Instead, I say in a voice I have never heard before (think Dracula meets Kristin Wiig during the plane scene in Bridesmaids), “I’m in comedy.” I am twenty-five years old and I don’t even really have the seeds of a career.

My friend is wonderful and of course praises how funny I am and mentions some of my accomplishments, but of course I just joke around and say, “Yeah, well these guys are probably engineers.” Everyone laughs and then I ask what they actually do. They are engineers. All three of them. Great.

What really bothered me about this situation (other than the fact that I had to get out of my sweatpants) was that I felt so embarrassed. The thing is, I’m actually incredibly proud of what I’m doing right now and am really happy. I have spent so many years of my life with a notebook full of unfinished ideas and desperately wishing I was on stage and now things are finally coming together. I’m doing things that terrify me, but I wouldn’t have it any other way.

I know I shouldn’t compare myself to others, but it’s hard not to. I have friends in law school and med school who are stressed about getting articling jobs or residencies. The biggest stress in my life right now is that it’s really difficult to watch TV in the afternoon because of the glare.

Sometimes I really wish that I wanted to be a lawyer or a doctor, but I didn’t. I was always daydreaming in chemistry when Mr. Ingle explained the experiment and then turned to my friend afterwards to tell me what to do. Bless her for putting up with me.

Writing and performing is all I’ve ever wanted to do and now that I’m finally doing it, I hate that I feel ashamed. I think it goes along with this whole “millennial problem” and “wanderlust” thing. So many people my age can’t seem to settle down and work meaningless jobs in order to support various adventures. They never seem to be satisfied by anything and keep looking for the next best thing. I am not one of these people but am quite envious of their “carefree” attitudes towards life. I stress about whether I ordered the right thing for breakfast.

While I understand that you may not always love a job and “you gotta do what you gotta do,” I also feel that as long as I can pay rent and afford burritos, I’m not doing anything wrong. Times have changed and I am very far from wanting to get married, buy a house, and start a family, so why not give this whole comedy thing a go? Realistically, I will probably never be able to afford a house anyway and will likely end up fulfilling my childhood dream of living in a cardboard box.

I feel very fortunate that I’m in a position to take this chance. Many people don’t get actually go after their passions as they are saddled with debts and loads of responsibility. I feel it’s almost my obligation to go after what I really want, despite how scary it may be.

So, to answer your question: “I’m working part-time and pursuing a career in writing and performing comedy.” And if that doesn’t work out, my mom thinks I’d be really great at working at the Shrek ride at Universal Studios. Dream big.