Last year around this time the world went nuts (again) for the goddess named Adele. After four looooong years, she finally dropped her third album, 25, and gave us the post-breakup anthem to end all post-breakup anthems, “Hello,” which had everyone from mini-van moms to college students singing/drunk texting, “Helllloooooo from the otherrrrrr siiiiiidddeeee,” to the one(s) that got away.

And if that weren’t enough Adele-palooza for the masses, girlfriend went ahead and announced a freakin’ world tour and we all promptly lost our shit. Not only because the songstress hadn’t performed live in years, but also because (due to a Ticketmaster technical issue) attempting to buy tickets was almost as depressing as an Adele ballad itself.

Well, except for this girl: me. I must have called a thousand times (to Ticketmaster, that is), and somehow by the grace of Adel-ic forces I got through and swiftly ordered four tickets. MERRY CHRISTMAS, ONE AND ALL. Last night, we finally got to open the gift that is Adele, and I’m happy to say it was totally worth the wait.

Prior to the concert, my friends and I searched for Adele’s opening act. We found a set list, but no opener. We thought maybe it would be a special, secret hometown guest, like Drake (the two have exchanged their mutual fandom), or maybe little Shawn Mendes (he opened for Taylor Swift last year).

After downing our $$$ plastic glasses of red wine (I could have bought two bottles of wine for that damn price, ACC!) we finally took our nose bleed beggers-can’t-be-choosers seats around 8 p.m. The lights soon went dark just as the huge Adele closed cat-eye that had been projected onto the screen opened (mildly creepy). And then we heard the ominously perfect, “Hello. It’s me.” 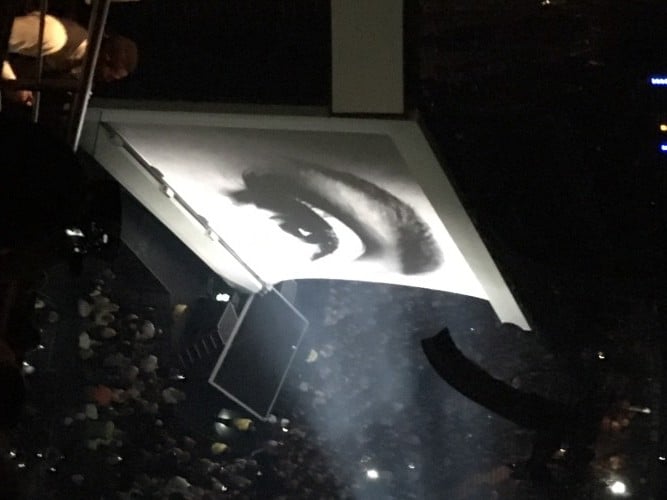 The singer appeared on the B stage in the crowd and belted out her ringtone hit (seriously, assign that song as a ringtone, it’s LOLZ) wearing a gorgeous sequined floor-length black dress.

“I’m going to do two hours of singing about my ex-boyfriends,” she said, kicking off 120 minutes of pure Adele bliss, which included peppering her show with her bawdy sense of humour and personal anecdotes.

Things I loved about the show:

The show ended with two encores (“When We Were Young” and “Rolling in the Deep”) along with projected photos of a young Adele and a pregnant Adele, tons of confetti, and Adele thanking us and then ending the night with: “I’m going to take a shower.” 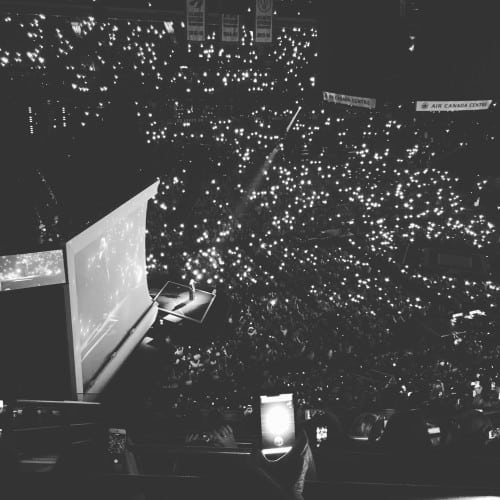